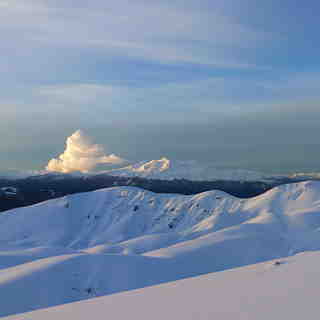 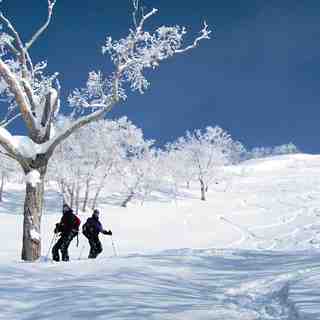 Welcome to another roundup of worldwide snow conditions with weather prospects for the week ahead from www.snow-forecast.com. For extra details about current snow conditions, see the latest summary of conditions from Skiclub of GB, updated twice each week during the ski season.

The weather pattern for the Alps has improved dramatically as a result pressure building off the west coast of Europe. This will continue to send northerly air towards the Alps with widespread snow on Sunday and Monday down to about 2500m. The low temperatures won't last very long so make the most of fresh snow on the glaciers before it turns slushy on Thursday. With pressure falling in the eastern part of North Atlantic and the Azores high retreating, this could mark a return to the cool and unsettled conditions of 2007.

New Zealand certainly saw quite a lot of snow last weekend but not before it was precedeed by a warm norwester. Rain fell on the lower slopes that ruined what should have been a perfect opening day at Coronet Peak on Saturday. 10 cm of overnight snow on Saturday night and perfect snowmaking in the cold southerly that followed meant that Sunday provided great skiing and it stayed open all week. Even so, they have less depth now than they had two weeks ago. The bulk of the snow from the southerly storm missed the inland Otago ski areas with the heaviest falls moving up the East Coast, settling from Timaru, across Banks peninsular and right across the Canturbury Plains and hills to the north. Although the snow had been forecast about 6 days in advance it still caused all kinds of traffic disruption in the usual trouble spots like Porters Pass as well as roads in North Canterbury. Mount Hutt was the most favoured ski resort with about 25cm of fresh snow. All ski resorts in New Zealand saw at least some snow as that system moved north, including Mount Ruapehu. Mt Lyford, Whakapapa and Snowpark are the next three New Zealand resorts to open. Mount Lyford opened today and 45cm of snow base means that it is in really good shape for the time of year - it only gets to open this early about one year in five. At Whakapapa, the weekend snow wasn't quite sufficient and skiing on Saturday will be limited to the Happy Valley beginner area where the snow canons have been working flat out. Whakapapa still needs one or two falls before they can start grooming the main trails and meanwhile their lift tickets are duly discounted. Turoa opens on Saturday too, but not for skiing because they also need more snow. Snowpark, which also opens on Saturday has announced that eight floodlights have been installed across the terrain park allowing skiers and riders full access to the east-side Box-run, with many intermediate and beginner boxes, rails and jumps on Tuesday and Friday evenings from 5pm to 9pm throughout July and August.

Following the icy southerly last weekend, the weather in New Zealand settled down for a few days with sunny weather and night frosts. That's all changing as a northwest airstream blows moist air in from the Tasman. This is bad news for skiers because the airmass is about as warm as it can be at this time of year and so we expect rain rather than snow to fall along the main divide from Fiordland north to about Lewis Pass. The only consolation is that this should provide a significant boost to water levels in the southern hydro-lakes which are running at critically low levels after the summer drought - they would normally expect precipitation to fall as snow which would not be of any use until the spring thaw. Hopefully, not too much rain will spill over the main divide to the Otago ski areas. The westerly location of Treble Cone and Temple Basin means that they are looking the most vulnerable for a wetting that could set them back. Even on Ruapehu, which is a very long way from the active rain belt, there will still be mild temperatures in the northwest breeze and drizzle on west slopes at times.

On a more optimistic note, there is just a chance of fresh snow falling here and elsewhere in New Zealand on Tuesday. The forecast is currently finely balanced but will firm up over the next 24 hours so check our website for details. It seems probable that a sub-tropical Tasman Sea low pressure system will develop in the NW flow and quickly cross North Island early next week before it moves away to the South East. If so, a brief south-easterly could bring heavy snow to its southern flank, but this will only happen if the low deepens as it moves off the east coast as the models currently predict. It is much too early to say what resorts will be favoured because that depends on the exact track of a low pressure system that has not even developed yet. A broadly similar forecast last year led to very heavy snow about the Kaikouras and also at Rainbow where 50cm fell (but with only 20cm at nearby Mt Lyford - these parting shots from sub-tropical lows are often very localised - sometimes all the snow falls on the Ruahines and none reaches Turoa). The computer models are picking roughly the same area this time but the uncertainty stretches all the way from East Cape to Banks Peninsula. Apart from this potential for localised snow on the East side, the broad picture is for high pressure to dominate the New Zealand weather pattern for much of the next 10 days. The nights should again become cold enough for snow making even if little of the real stuff falls. All things considered, Mt Lyford and Mt Hutt are not only the two places that begin this period with the most snow but their easterly location means they are best placed to hang on to during the developing norwester and there is a reasonable chance they will see some fresh snow from a departing low too.

Only Perisher Blue and Thredbo currently offer any skiing and even there it's pretty limited. Falls Creek, Mount Baw Baw, Mount Buller, Mount Hotham and Selwyn Snowfields have delayed their openings due to a lack of snow. With high pressure centered around Albany in WA, things have improved. A strong cold front will reach western Victoria tonight and a cooler SW is becoming established behind it. This should bring a band of mostly light snow, first to the Victorian Alps and then to the Snowy Mountains. This clearing from the west on Saturday. Friday should see snow to 1300m and blizzard conditions about the Snow Mountain tops with gales from a westerly quarter. High pressure takes charge from Sunday through to at least Friday, cool at first but slowly warming. By the end of the week there is some potential for pressure to fall from the north. If this happens, and we stress that confidence is low, it will introduce an increasingly moist easterly flow off the Tasman with rain turning to snow as freezing levels fall back below the tops.

Snow made the news in several American States over the last few days as a very late storm dumped a foot or so of snow in Oregon, Washington State, Montana and Idaho. In the Cascades it was the first time in 30 years that snowploughs had been used in June to clear Steven's Pass. The unusual cold and snowy weather is due to this year's continuing La Nina. Current weather warning are restricted to the Bitterroot and Clearwater mountains and southwest Montana. No surprise that Timberline, which sits on the slopes of exposed Mt Hood, has great conditions following all the recent snow on top of the winter accumulation. The days are quite mild now but another spell of wintry weather develops on Tuesday with a little more fresh snow here..

The exceptional winter snow accumulations meant that many national forest roads and camp grounds in the Rockies have opened late this summer. With three feet (1m) of snow on the upper slopes, The Aspen Skiing Company plan to re-open a small area at the top of Aspen Mountain this weekend for summer skiing. Some 45 acres of mostly intermediate terrain will be served by the Ajax Express chairlift. The mountain will be open for skiers and boarders from Friday to Sunday between 10am and 1pm daily, with mountain access only via the Silver Queen gondola. Adult price for the three hour session will be $29. In Utah, Snowbird should again be open this weekend, conditions permitting and perhaps next weekend too. If you have been subjected to the recent East Coast heatwave, the prospect of escaping to the snow must be tempting.

Excellent snow conditions after the Thanksgiving Holiday in the US meant that the country looks likely to have beaten its all time record for skier visits and broken the 650 million skier days marks for the first time. A number of resorts broke both visit records and snowfall records in the 2007-8 season, with all major ski regions in the country receiving good to excellent snow cover. The country's National Ski Areas Association (NSAA) has released preliminary numbers estimating the total number of skiers and boarders was 60.1 million, up nearly 10% on last winter and over a million more than the previous record set the season before (2005-6).

The Chilean resorts are again the obvious pick of the week following more snowfalls over the past few days. The Three Valleys resorts of El Colorado and La Parva have already opened early for snowsports with excellent (1 to 2 metres) early season snow cover and beautiful sunny skies. The remaining Three Valleys resort, Valle Nevado opens for their winter season on Friday 13th June. Portillo has similar snow depths and has moved their planned opening date forward from 21st June to 14th June due to the amount of snow they have received. High pressure in the nearby part of the Pacific means it should stay settled for several days. Resorts in Argentina are on hold but the prospect of a depression running up the east coast of Argentina on Friday means that it will become very cold at all resorts with increasingly snowy weather spreading up from the south by the weekend.

Request for your help!
we are looking for volunteers to help us translate our site into popular languages and also putting out a call for more excellent photo submissions for our 2009 calendar. Contact us if you can help!

That's it for this week. This roundup along with all our past ones can be viewed online in our snow blog archive.