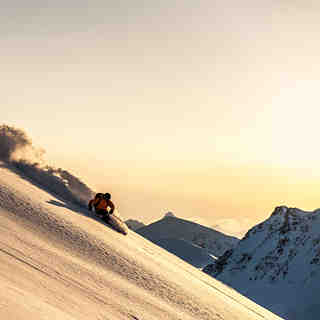 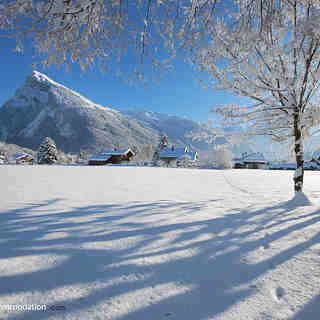 Snow Forecast Mapswhere's the snow in the next 3 days?

Snow Forecast for 3200 ski resorts around the World, updated four times a day. Weather forecasts are provided for the top lift, bottom lift and mid-mountain elevations. Our detailed Snow Reports and live updates are submitted by local Ski Clubs, ski resort staff and our users. Interactive weather maps show the amount of predicted snowfall as well as the current snow conditions and weather observations. The snow maps also show where the best piste conditions, off-piste powder and forecast weather for skiing and snowboarding can be found.

This map shows the accumulated snow forecast for the next 3 days. Click the image to view the interactive snow forecast map, or see a worldwide overview of all our maps that cover ski resorts for the Rest of the World.

Accumulated snow forecast for the next 3 days.

See all other countries

Photos from the gallery

UPDATED 18 MAY 2022 We're at a real turning point in the ski year with more centres currently closing than opening still but with that starting to change from next week on. The northern hemisphere's season continues to wind down with the final area open in Italy joining Finland and France a week ago in closing down for 21-22. At the same time though the summer-ski season is starting to ramp up with the first of the Norwegian centres opening at the weekend and France and Italian areas due to be the next to open at the end of the month.....

Long range skiing weather forecasts for daily picks of our top 5 Resorts are FREE to non snow-forecast.com members! Find the deepest snow, the snowiest forecasts and the ski resorts reporting powder conditions to make the most of planning your winter sports holiday.

“groovy little t-bar, great for the kids, nutcracker rope tow up higher for the hardcore only, deadly in icy conditions, great vibe locals, fickle hill but if you can strike mission and get lucky with the nutcracker the terrain is epic and a good steep pitch, bring your legs they gunna burn”

Read 3 more review(s) of Manganui or submit your own

“Amazing scenery, friendly locals, and a lot of snow.

You will rarely find queues, amazing playful off-piste routes through 30-meter tall trees, and crazy parties at the apres-ski areas. The general vibe of the resort is from another world.

Food at the resort is poor but there are plenty of traditional tavernas in the surrounding picturesque villages.

Go to "Mpatsilas" and prepare to be impressed.

Unfortunately, the resort is understaffed and not adequately supported by the local municipality.

With a little work, this place can become a world-class ski resort.”

Read 24 more review(s) of Vasilitsa or submit your own

“I hadn't been to Alpe d'Huez for a while and visited there for a few weeks in March and early April this season (2022). They have clearly invested a fair bit in the lift system over the intervening period. Many new high speed lifts around.
The area itself is still basically the same, and is really what you would expect from a large alpine resort in the French Alps. A high degree of variety in terrain, runs, off-piste and aspect of slope and lots of ski-in ski-out options. Skiing around town is all easy stuff really and offers a perfect domain for people that are starting out, or have not got much skill yet. But as mentioned the options for up to expert level are also excellent.

The on-mountain facilities are rather decent and well maintained including toilets, restaurants, information and the general maintenance of the resort to a high standard including grooming and prep work of pistes / lifts. The snowpark in Alpe d'Huez has improved significantly from the last time I went there. They now have a very decent setup. There was an extensive area for intermediates and loads of rails and boxes around. Their large line had a couple of decent booters. Then in the run up to the French Freeski Slopestyle Champs at the end of March they built up two insanely large, very poppy kickers to go with the two large kickers that were there before. The comp jumps basically became little more than decorative following the comp, but they were there if anyone felt either mental or exceedingly brave. The park is very popular, no doubt owing to location and design. The location of the park is perfect, being as it is about 2100m elevation and west facing, meaning the kickers don't get the sun on their take off in the afternoons, and the landings will soften in the sun, which is exactly what you want. This season has been rather unseasonably warm, but even so the park was skiing beautifully until 08th April.

The main downside for Alpe d'Huez, I would say, is the car parking situation, if you are travelling there by car. It is almost all paid for parking in the town, which I'm sure helps the residents, but is a pain in the you know what if you're holidaying there. And there simply isn't enough. But difficulty finding a space is not an uncommon thing in ski resorts generally...

All things considered I would not hesitate in recommending Alpe d'Huez to anyone for a trip as it will not disappoint any level of skier/boarder. The resort is also mainly above 1800m making it fairly well snow sure for the vast majority of any season, even ones like this one which was very low snowfall and warmer than average generally.”