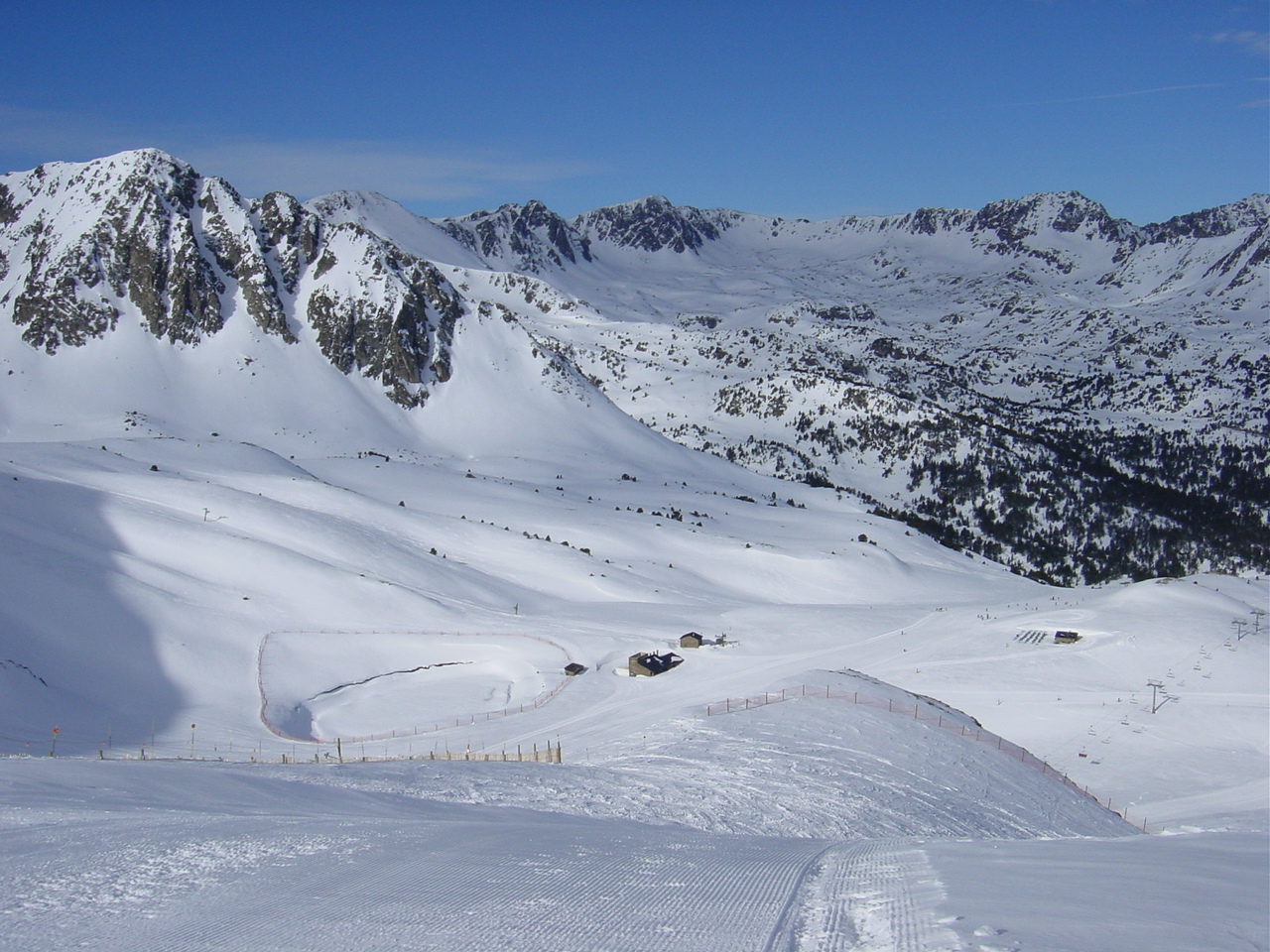 What's it like at Grandvalira-Pas de la Casa resort?

Interactive Grandvalira-Pas de la Casa trail map and piste map. View the piste and trails as well as the surrounding terrain and mountain contours for backcountry action. Find and compare nearby resorts by clicking on the resort markers.

What's the snow currently like in Grandvalira-Pas de la Casa?

The ski school is terrible. We booked my daughter for the 'snow garden' which they describe on their website as 'a gentle and enjoyable introduction to skiing and the snow, with activities and games designed especially for young children. There were no activities or games. The poor children sat on a bench from 9.30-10.30 doing absolutely nothing. When they went on the slopes (10.30-12.15), there were 11 children (aged under 5) per instructor so they just waited and waited for their turn. They basically went down about 3 metres once or twice as all their time was spent waiting. I felt so sorry not only for my daughter but all the children who just had to spend all morning waiting with nothing to do.