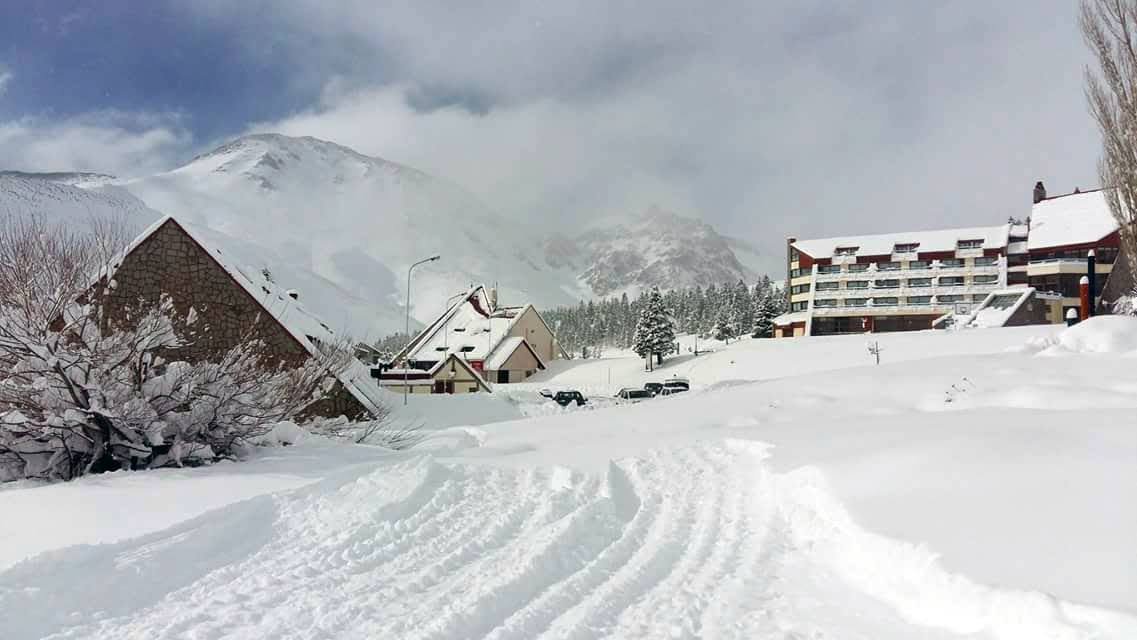 Chile’s Chapa Verde plans a full scale opening on the 20th with DJs and a barbecue.

There have been several big snowfalls over the past month in the Andes, but also some warm, thawing periods at times, so it is not yet a ‘vintage start’ to the season.

Some areas have already opened ‘snow play’ areas and ski tourers have been making their own way up the slopes at resorts like La Parva (above on 6 June).

The main opening day for ski areas in the Andes though is this coming Saturday, 22nd June, when most of the big name resorts in Chile and Argentina including Portillo, Valle Nevado (below on Sunday) and Nevados de Chillan (video above posted on Tuesday) in Chile as well as Las Lenas (pictured top earlier this month) in Argentina aim to open.

One Argentinian resort, Chapelco (pictured below yesterday), says that despite natural snowfall and snowmaking efforts it will not be able to open as planned this Saturday, but hopes that with forecast cold weather for snowmaking and some natural snowfall at the end of this week it should be able to open some terrain only 24 hours later on Sunday 23rd.