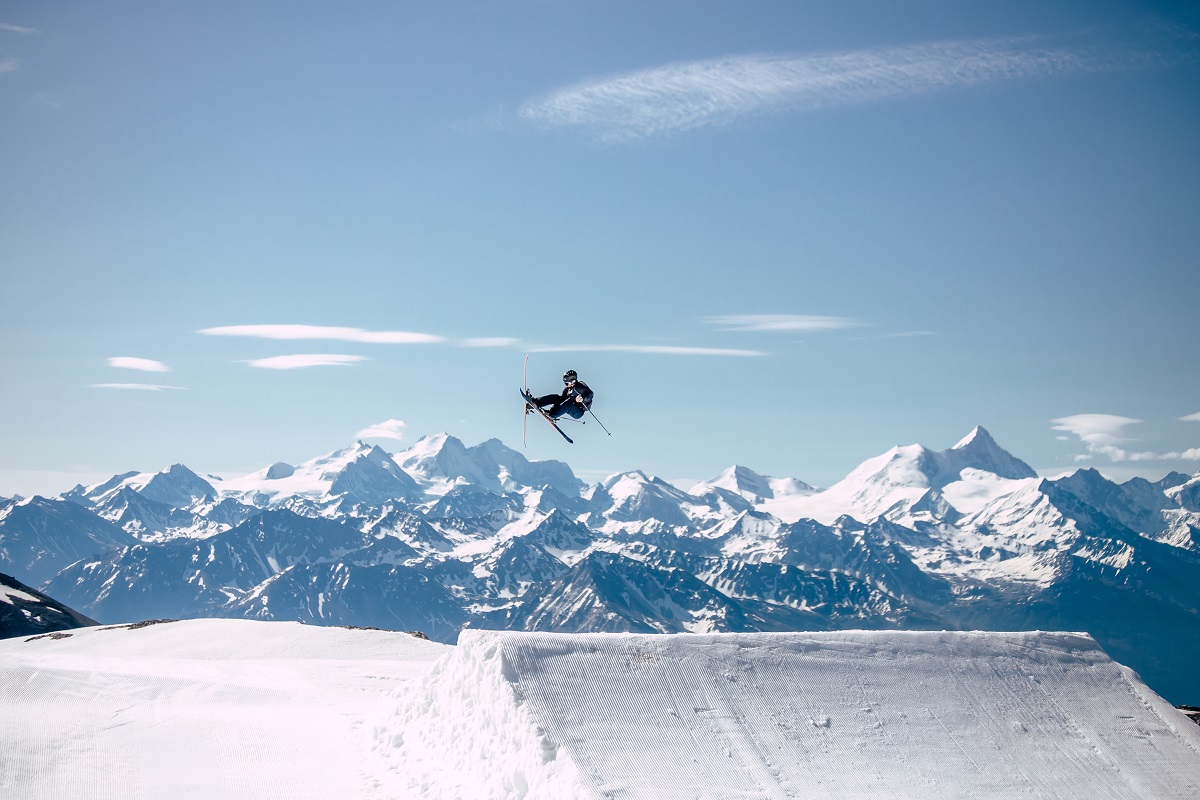 A group that has runs an indoor freestyle multi-sports hall in the Swiss ski resort of Crans Montana, and which has recently added a surf park to its attractions is to take over the resort’s snowpark this winter, raising the possibility of its clients being able to snowboard, surfboard and skateboard on the same day. One of the company’s founders described it as a “childhood dream.”

From the start of the winter season, the Alaïa group, in collaboration with the company Helvepark and its main partner Tudor, will be taking over the management of Crans-Montana’s Snowpark.

Following the opening in May of Alaïa Bay in Sion and Alaïa Wake Surf in Le Bouveret, the young Valais start-up organisation has signed a three-year agreement with the Crans-Montana Aminona ski lift operator to manage the snowpark.

Adam Bonvin, the group’s founder, said: “Thanks to our presence within the ski area, we can officially say that Alaïa now offers the possibility of combining several sports in one day, including snowboarding, skateboarding and surfing. A childhood dream is becoming a reality and I can’t wait for our customers to experience it.”

With this change, Alaïa group hopes to contribute in a significant way to the resort’s revitalisation strategy by attracting young, snow sports fans. The Valais-based group can also count on the support of its partners, in particular the Geneva watch brand Tudor, which joined the venture with Alaïa since the beginning and lends its name to the project as Alaïa Parks by Tudor.

Crans-Montana Snowpark is considered as one of the best in Switzerland, and with its Olympic-sized half-pipe, it is also one of the biggest. Alaïa Parks by Tudor is open from December and will remain open until the start of June.

From December and depending on snowfall, various lines will open progressively, starting with the Cry d’Er area and followed by the “Mérignou” minipark. As the season draws to a close, from May to June, the snowpark moves to the Plaine Morte Glacier where a number of national teams take up residence for training.

Adam Bonvin added, “Whether you come to Alaïa Bay, Alaïa Chalet or, from mid-December, Alaïa Lodge – our new hotel in the heart of Crans-Montana – elite athletes can now access specifically adapted training facilities in the best conditions possible. The complementarity of sporting activities gives the Crans-Montana resort and the canton of Valais an undeniable competitive advantage when teams are choosing their training location.”

As was the case last season, operations have been entrusted to Helvepark, a company specialising in the design and construction of snowparks, as well as event management.

“We intend to collaborate with leading experts, and the Helvepark team has proven its skills in other resorts, as well as in Crans-Montana,” Adam Bonvin added.,

Romain Espejo, director of Helvepark, commented “We appreciate this ongoing show of trust and are delighted to continue working on this project. Last year, we successfully installed new modules and have already connected with several athletes and events’ organisers. We are excited to collaborate with Alaïa on further developments.”

Special bundles combining the Alaïa universe will be available to buy online at www.alaiaparks.ch. These include the “Day Pass” for a price of CHF 45.- per adult or CHF 37 for kids, which gives the access to the snowpark, unlimited access to the Téléski Snowpark, as well as two ski lift journeys from the resort (either the Crans–Cry d’Er cable car or the Montana–Arnouva cable car and the Arnouva–Cry d’Er chairlift), an unlimited All-Access pass for Alaïa Chalet and an optional surf session at Alaïa Bay, including the Winter Kit, which is valid until the end of April.