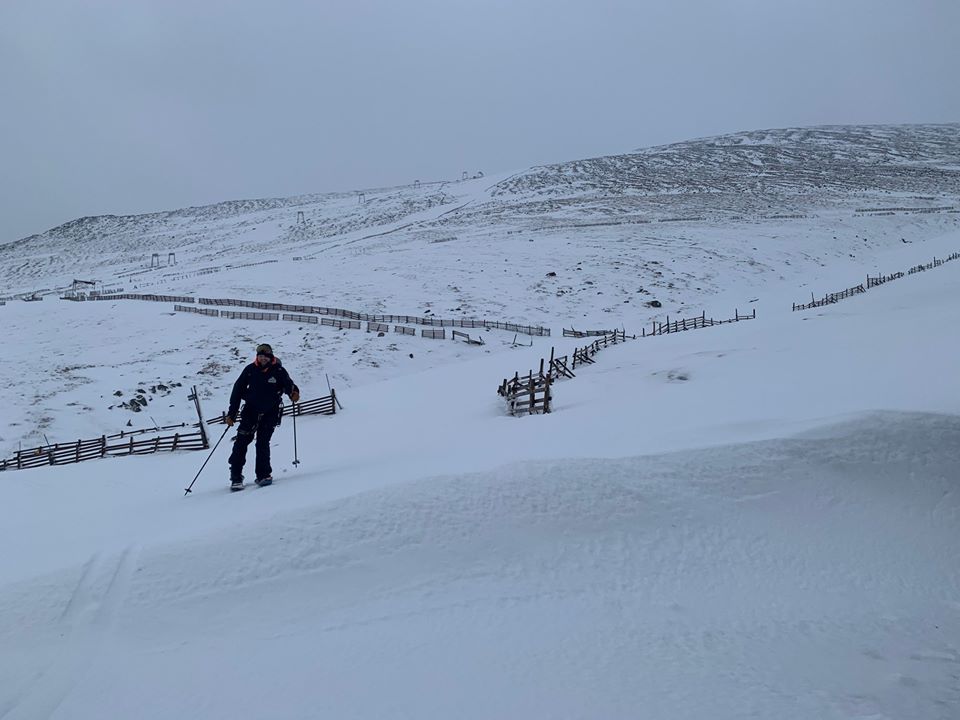 Scottish ski areas have begun re-opening after nearly a week of storms which brought winds of up to 75mph (120kph) but also considerable hill snow.

The country’s five Highland ski areas have had another challenging season so fare, with stormy weather and record warm temperatures stopping them from establishing bases.

This winter though they have all been able to keep at least some terrain open, typically small areas for novice skiers, as all five areas now have variants on all-weather snowmaking systems which can make snow even when traditional snowmaking systems can’t.

The latest snowfall, which has been heaviest in the West, has accumulated the most at mid-mountain, with the wind blowing snow off upper runs. Scottish areas make extensive use of snow fencing to try to hold snow on the mountain, due to the frequent wind issues.

“Friday is looking much better with a light to moderate wind and further snow. Mid and lower mountain looking good at the moment, but upper mountain pretty scoured, however this is likely to improve with heavy wet snow today,” a Glencoe statement reads.

Nevis Range (pictured top), which had had to close its access gondola due to the gales, has re-opened today, issuing this statement,

“We are open for sledging and beginners lessons on the dry mat which now has around a foot of snow cover and lower Alpha! The team on the hill is working hard to open up for snowsports as soon as possible.

Cairngorm is also looking at what terrain it can open when conditions improve.

The Lecht and Glenshee (pictured below, yesterday) further east, have not had so much snow as yet but both have some terrain open.