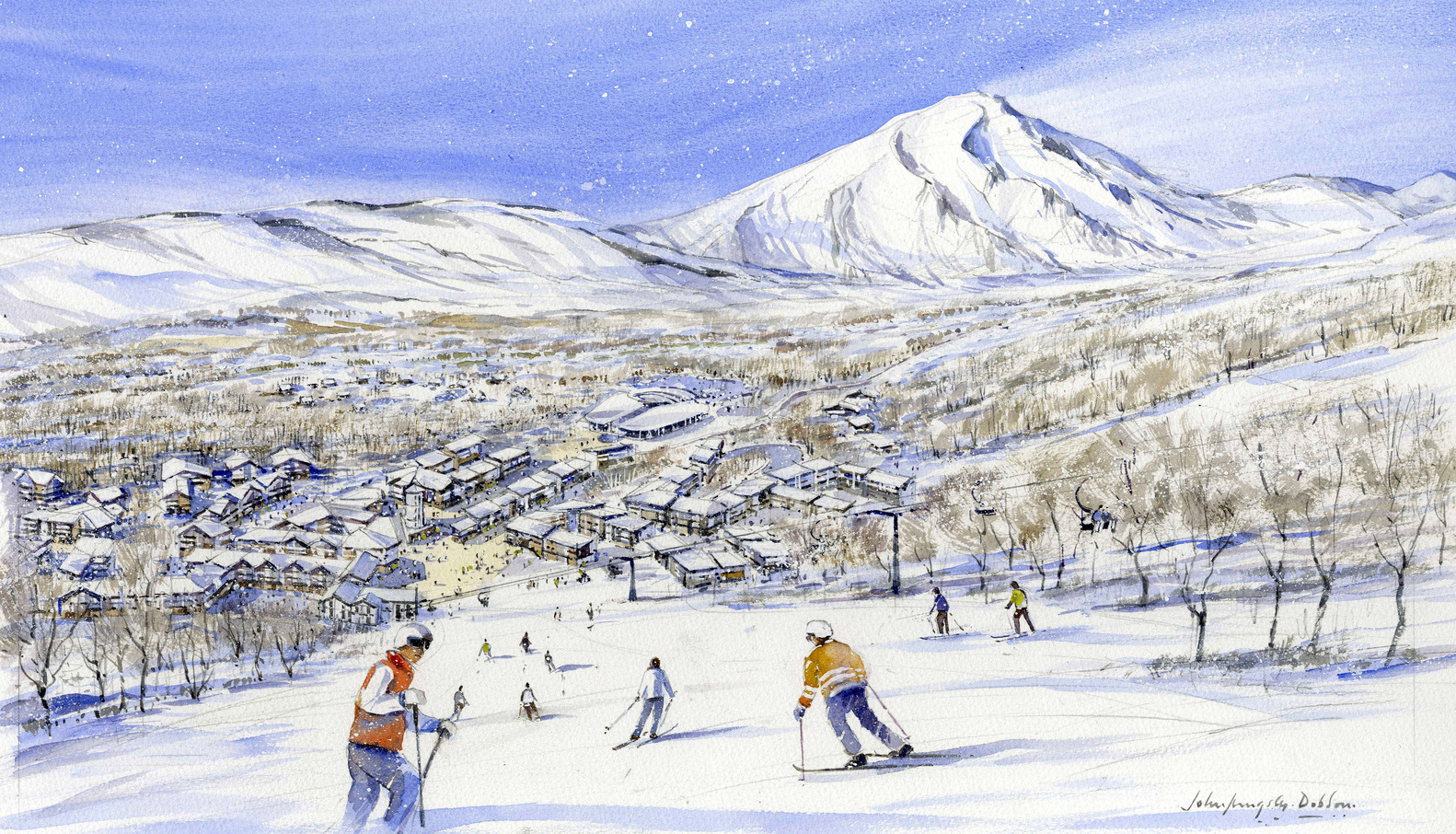 A ski resort project has been unveiled for the remote Kamchatka Peninsula in the Far East of Russia.

The resort, to be named Three Volcanoes Park will be built in a spectacular location with views of the Moutnovsky V, Vilyuchik and Gorely Volcanoes, according to local reports.

Kamchatka is known for its spectacular, remote, generally snowsure mountains and has long been a cult destination for heliskiers to aspire to visit.

The global HKS architectural firm has won the contract to design the mountain resort, working with the resort’s creators Three Volcano Park LLC, with the objective of creating a year-round mountain destination “rather than a pure ski resort” reports say, “with a focus on the ecological side of the Kamchatka Region.”

That said the plans are for a ski-in ski-out, car-free village with accommodation in hotels an eco-village. There will initially be 17km (11 miles) of marked ski slopes served by two lifts.

Besides the ski slopes the resort will feature a hot spring lagoon and thermal gardens all located to maximize the volcano views.

“Kamchatka has incredible natural assets which are almost entirely unknown and undiscovered. This is a fantastic opportunity for us to define responsible tourism development from the first stages of an area’s growth. Our design is inspired by the colors and textures of the surrounding landscape, creating an extraordinary environment for visitors, against the dramatic volcanic backdrop,” said Kevin Underwood, Global Director of Hospitality Design at HKS.

The Three Volcano Park LLC was established by Vladimir Potanin’s Interros group and the entities of Sergey Bachin (Chairman of the Board of Directors of the Rosa Khutor resort, a leading ski area near Sochi and 2014 Winter Olympic Venue) to develop a project for a new tourism cluster in Kamchatka. Planned investments in the project have been put at 15 billion rubles up to 2028.

Three Volcanoes Park aims to open by 2025 and attract over 400,000 visitors annually.