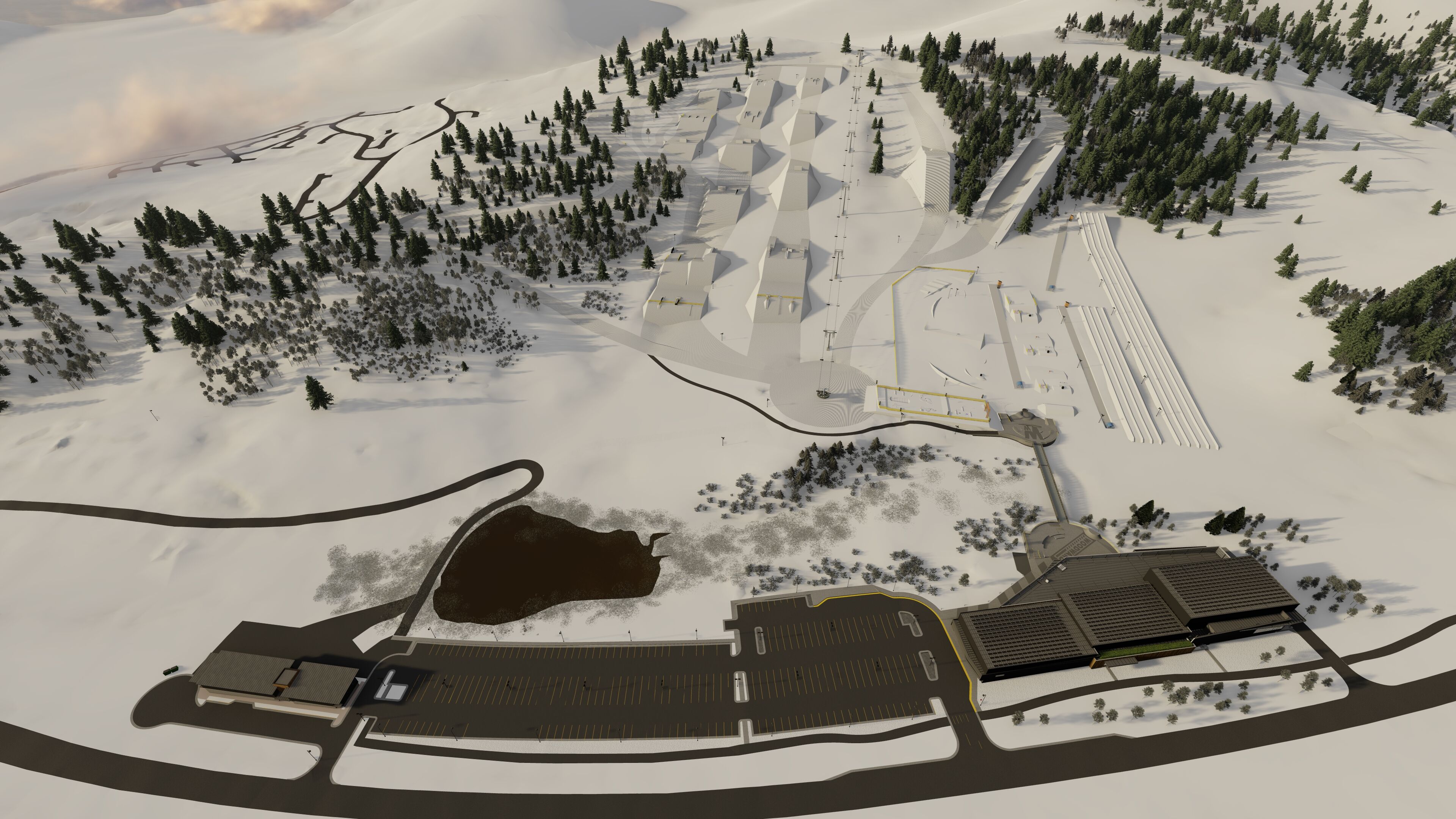 What is being described by its creators as “America’s first all-in-one actions sports and ski resort” is due to open in November at a location in Park City, Utah, already home to the country’s largest ski area as well as Deer Valley ski area.

Woodward Park City will combine a huge indoor freestyle hall that will be open year round, and an outdoor terrain park and tubing area, complete with chairlift, which is currently being installed.

The resort is being created by the POWDR group which runs more than half-a-dozen leading US ski areas including Copper Mountain in Colorado, Mt Bachelor in Oregon, Killington in Vermont and Snowbird in Utah, as well as the existing Woodward facilities at Copper and Boreal ski areas among others.

The company has a reputation for being committed to the fight against the climate emergency and from renderings it appears the main building will have a roof covered in solar panels to generate renewable energy.

“Woodward Park City is for all athletes from families and never-evers to pros,” says Shaydar Edelmann, Woodward Park City general manager. “Our progression-based facilities enable visitors of all skill levels to learn and achieve their goals in a dedicated environment.”

Woodward Park City will offer a variety of ways for passionate action sports athletes of all ages and abilities to play, the company claims. From lift-accessed snowboarding, skiing and tubing in the winter to biking and skating in the summer.  The centre also has snowboards fitted with wheels so boarders can train on the indoor ramps and park in the summer.

Woodward Park City is located 27 miles from Salt Lake City International Airport and will be open 365 days and nights a year starting this 2019-20 winter season.

Similar indoor freestyle centres have been opening around the world in recent years, including in the UK and Switzerland. Some have additional attractions with the recently opened Alaïa Chalet in Crans Montana, Switerland, aiming to add a permanent surf wave to its attractions, but the new Park City centre is believed to be the first with its own freestyle winter terrain park actually directly on site.