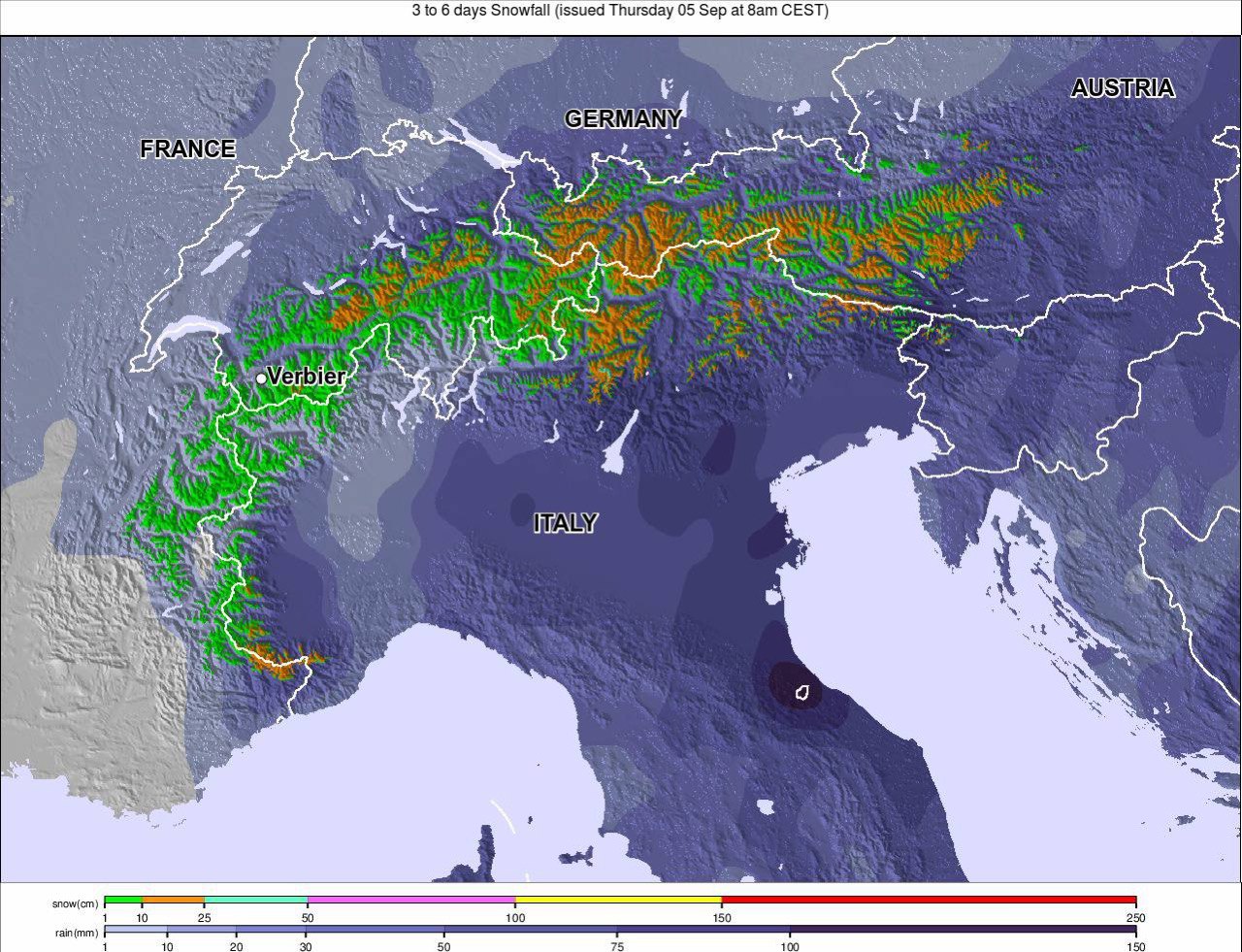 A cold front is expected to cross the Alps over the coming week bringing up to 60cm (two feet) of snow to higher slopes over the next six days.

Currently only five glaciers are open for late summer/early autumn skiing but half-a-dozen more will open over the latter half of September, although in some cases this is snow-cover dependent.

Hintertux, (pictured above in late summer last year), one of the world’s two year-round open ski areas and currently the only centre open in Austria, posted that it expects heavy snowfall today then three days of 10-15cm of snow daily snowfall from Saturday to Monday.

The other open areas – Saas Fee and Zermatt in Switzerland and Passo Stelvio and Cervinia in Italy are also expecting fresh snow.  For Cervinia this coming weekend is due to mark the end of its summer ski season so it could end with fresh snow.

Up in Scandinavia the Galdhopiggen glacier, which has been temporarily closed due to a lack of snow cover, aims to re-open on the 20th of September after it reported 10cm of snow earlier this week, and more in the forecast.

Heavy snow in late summer/early autumn is not unusual in the Alps above 3000 metres, with several powder days reported and more than a metre of snowfall in total on glaciers in September last year.