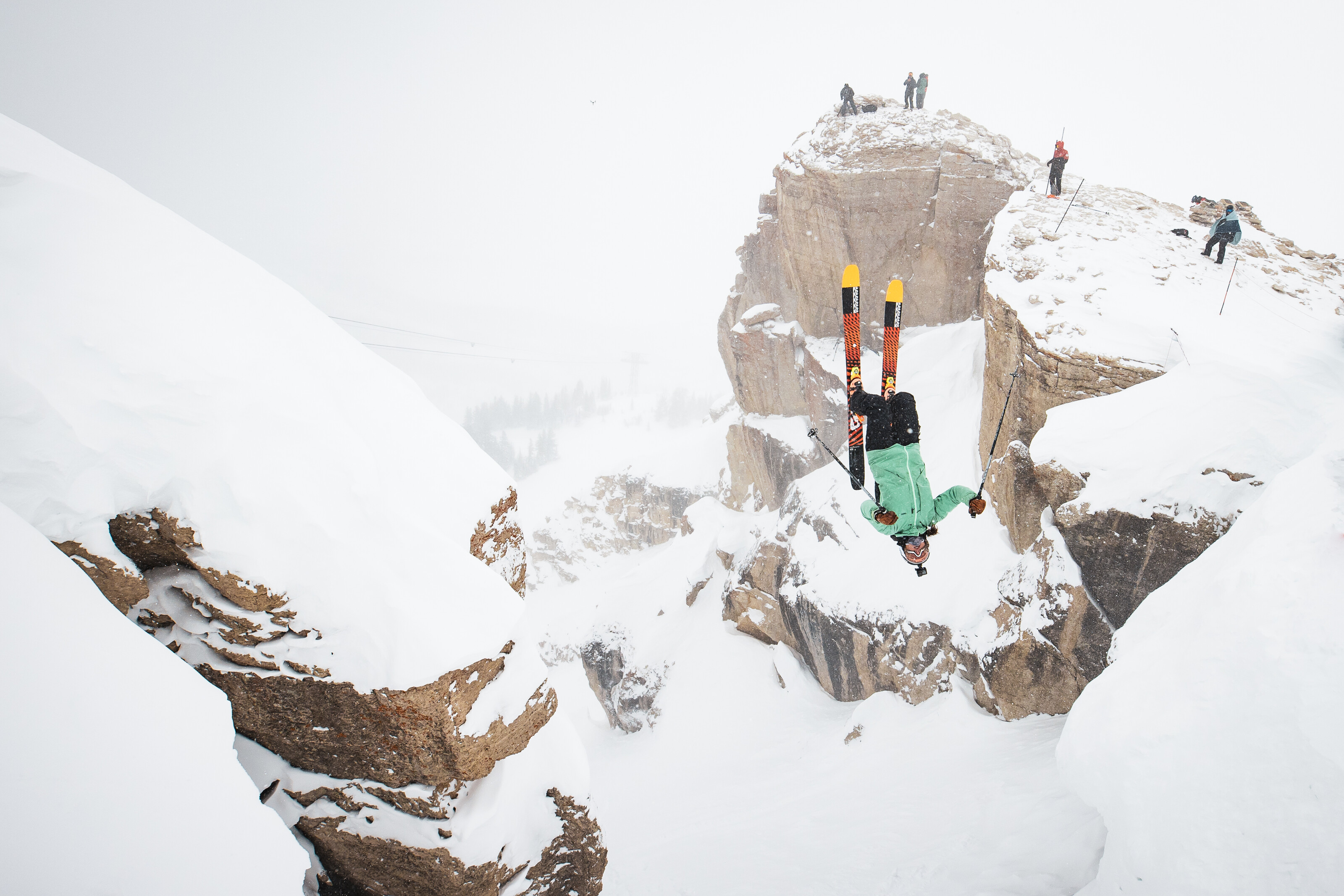 Some of the world’s top freeskiers and snowboarders gathered at Jackson Hole Mountain Resort in Wyoming to battle it out in the fourth edition of the Kings and Queens of Corbet’s competition.

The world famous Corbet’s Couloir is named after Barry Corbet, a mountaineer who spotted a narrow crease of snow shaped like an upside-down funnel in 1960, high up at Jackson Hole and said,

“Someday someone will ski that.”

These days skiing it is something of a rite of passage for all good skiers in the resort, world famous for its challenging terrain and deep powder (although also with plenty of groomed runs for those who don’t feel the need to jump in to Corbet’s!)

Kings and Queens of Corbet’s competition, sponsored by red Bull, launched a few years ago and we’ve already reached the fourth edition, which saw 26 athletes throw down tricks including double backflips as well as what a Red Bull spokesperson tells us were, “…nose butters, huge methods and an insane wall ride displayed at Tensleep Bowl.”

Americans Freeskier Karl Fostvedt and snowboarder Madison Blackley did enough to take home the glory, titles and cash with Jackson Hole Mountain Resort paying out $10,000 for first place, $5,000 for second place and $3,000 for third place.

“The event was incredible. The athletes took skiing and riding to a whole new level this year. We had a challenging weather window, not to mention pulling an event off like this in such challenging times. We are so grateful,” said Jackson Hole’s Senior Events and Partnership Manager Jess McMillan.

The whole competition is available to watch on Red Bull TV.