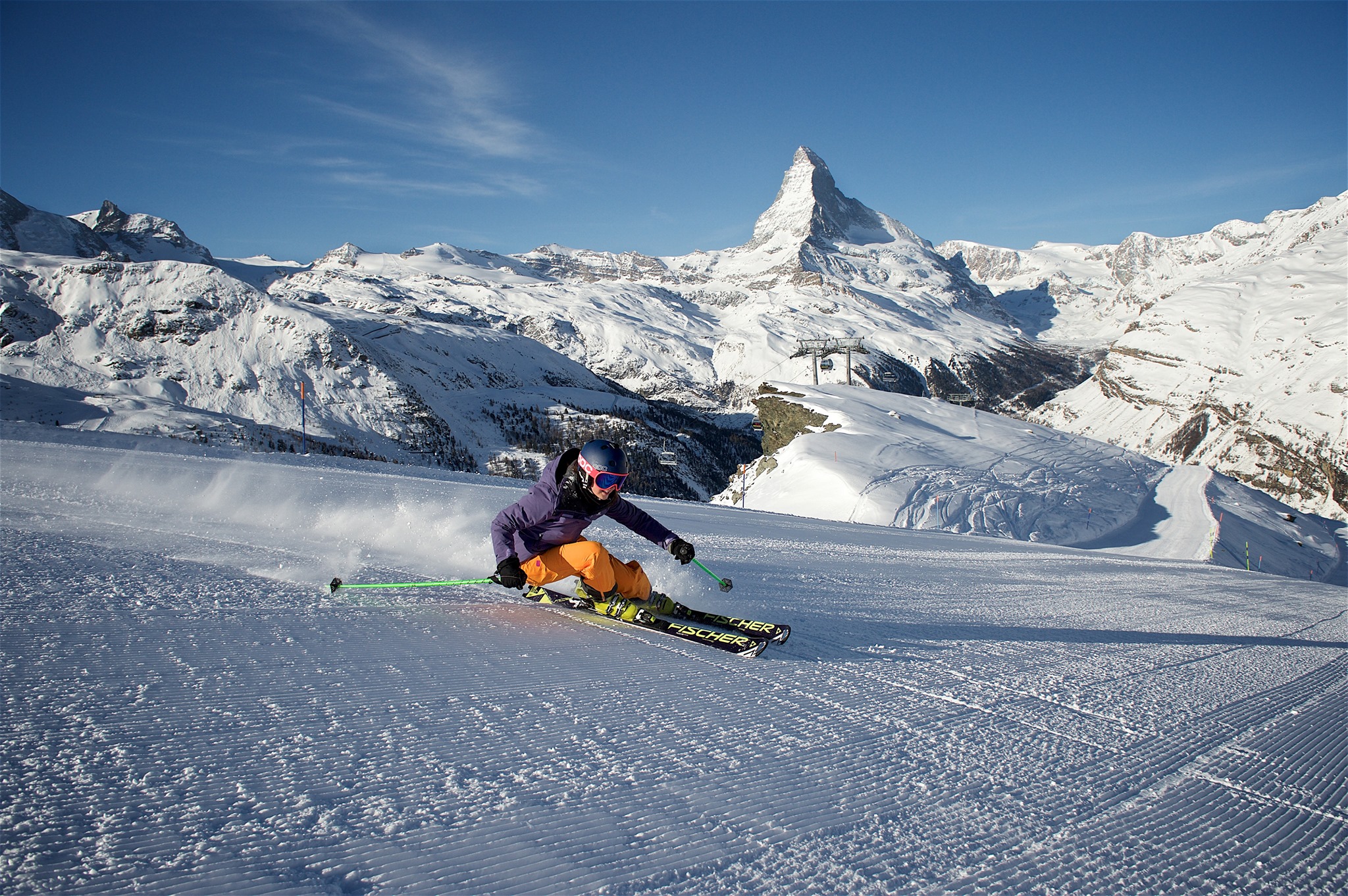 The high temperatures in the Alps through most of spring and summer, which have seen the ‘freezing-point’ height above sea-level at which glaciers and surround ground remain frozen go to appoint high in the air above the highest peaks, is forcing Zermatt to temporarily suspend year-round skiing on its glacier.  The resort will suspend summer skiing from this Friday, July 29th.

These are highest lift-accessed slopes in Europe and where the International Ski Federation plans to run four cross-border World Cup Downhill ski races this autumn.  The slopes have been open daily for many years now, except for a break of about three months at the start of the worldwide pandemic in spring 2020.

Zermatt, pictured above in snowier times, keen to stress the closure is temporary until the conditions improve, is the latest in a line of Alpine glaciers forced to suspend summer skiing this year after low winter snowfalls were followed by “unprecedented” high spring and summer temperatures that fast thawed the snow cover on the ice.

Val d’Isere decided not to even try opening in June, Tignes did but closed in less than a fortnight. Les 2 Alpes has also closed early and Passo Stelvio in Italy announced last week it was temporarily suspending lift operations.  Saas Fee opened in mid-July but only the upper half of its glacier and  only to pre-booked race teams, because of its own glacier snow shortage issues.  Austria’;s Molltal glacier has also not re-opened this summer.

Zermatt’s decision means that only the Hintertux glacier, the world’s other year-round centre, remains open to the skiing public.   However, it recently reported its snow base has dropped from 50cm to 25cm in a few days (20 to 10 inches) and that it has dropped from 20km to 6km of slopes open, so it may not be able to stay open much longer either.

Zermatt, as well as ski areas due to stay open into the autumn in a normal year like Passo Stelvio is keen to stress that snow sports are only temporarily suspended due to the “exceptional” conditions and that they’ll resume as soon as possible.  The slopes are also accessed from Cervinia on the Italian  side of the border in the summer months.

Zermatt also stresses preparations to stage the world cup races in late October and early November will continue through the closed period.

The lack of glacier slopes open is causing issues for race teams looking for summer training and SkiRacing.com has recently reported that indoor snow centres are seeing booming business as they look for reliable snow areas to practice on.