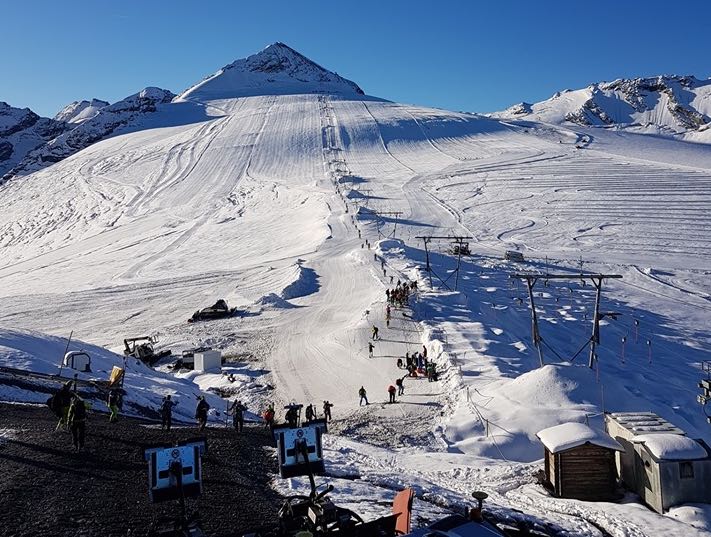 Italy’s Passo Stelvio summer ski centre (pictured above in snowier times) is the latest glacier ski area in the Alps to close its lifts, stating,

“Unfortunately due to a period of extremely high temperatures, with freezing temperatures only above 4400 meters, we gave up. We regretfully communicate that, despite our best efforts, we will temporarily suspend skiing on the glacier.”

It joins the French resorts of les 2 Alpes and Tignes as well as the Molltal glacier in Austria in closing early and means only three glaciers remain open in the Alps, with one in Scandinavia. The numbers were already at an all time low before Passo Stelvio’s decision was forced on it.

The rapidly diminishing number of centres open is causing problems for race teams looking for training venues. Saas Fee has opened for its 22-23 season earlier this month but with only half of its usual glacier terrain available and limiting access to booked teams for training, with no skiing for the general public, to try to alleviate the issue.

Passo Stelvio, which says it is confident the situation will improve, is offering a limited cat skiing service on one part of the glacier where enough snow remains although all its lifts are closed.

The glaciers still open besides Saas Fee are the year-round destinations of Hintertux in Austria and Zermatt in Switzerland, both reporting thin cover. Fonna in Norway is also open.