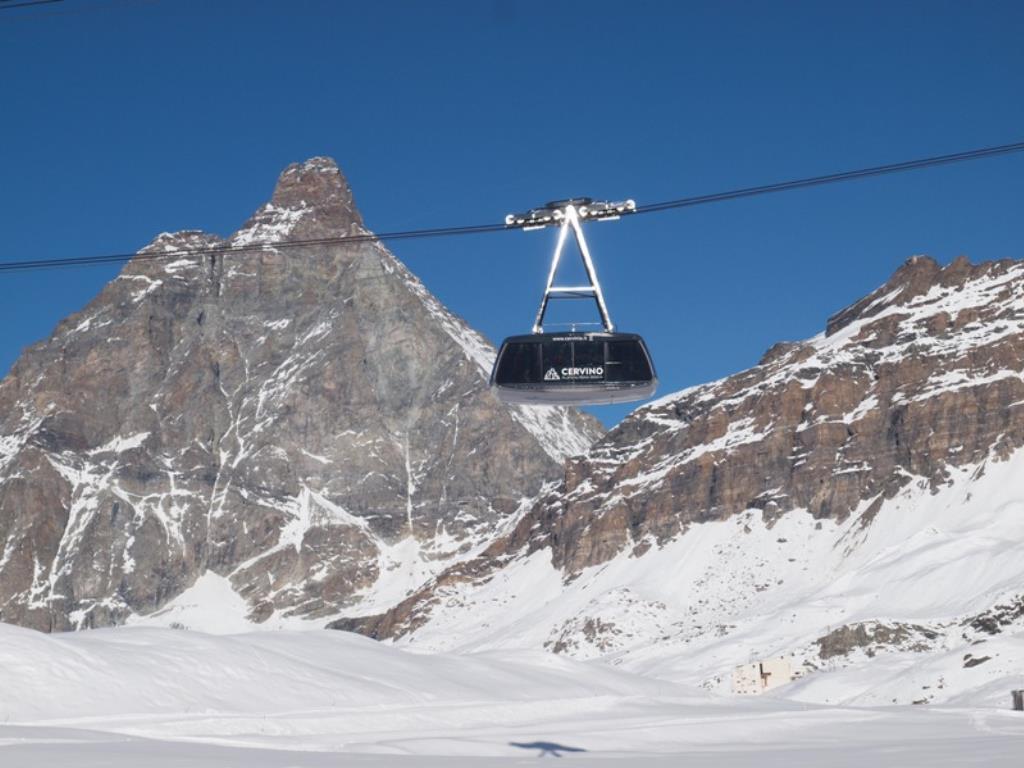 Italy’s Cervinia ski area, which is one of only three that has managed to open last Autumn before Italy began its second lockdown, has told Italian skiers that it has not yet given up on opening this season.

In a social media post late on Tuesday, a resort spokesperson posted,

“The last year has tested the world of mountain and winter tourism but everything is not lost. The Cervinia area, where you can always ski until late spring, has not given up. We are awaiting guidance from the Government regarding the possible opening of Breuil-Cervinia ski lifts in April and we are preparing for an amazing summer skiing season, always in compliance with safety standards and existing protocols.”

After Italy’s first lockdown eased in May last year Cervinia did reopen its ski lifts which provide access to the Matterhorn glacier paradise ski area above Zermatt.  This is open year round from the Swiss side and much of the year from the Italian side – with breaks in late spring and early Autumn.

In fact it was social media images of crowded cable car cabins and seemingly non socially-distanced queues at Cervinia in early-Autumn last year that were partly blamed for the Italian ski areas being shut down before the season began for most in late October.

Since then there have been multiple dates given this year for the re-opening of Italian slopes, but each has so far failed to happen, with the latest lockdown running in to April. This is now beyond when most Italian ski areas would close anyway and many, including the biggest, Dolomiti Superski, announced last month they would not now even try to open for a final few weeks even if told they can.

Most ski areas in Italy have now not operated ski lifts for wintersports for over a year, as is the case with French and most German resorts as well as some in other countries including Austria and Spain. Other countries have opened their ski areas with pandemic restrictions in place. So far what studies there have been have indicated ski areas are low risk when properly managed and there have been no studies yet to suggest that closing ski areas has slowed pandemic spread.