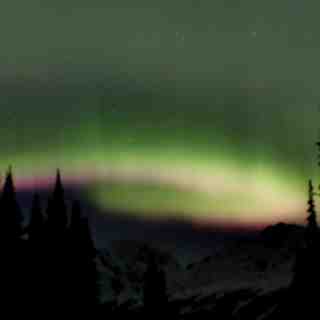 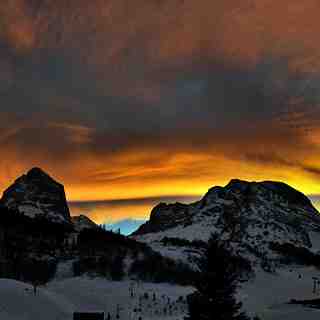 Welcome to the latest roundup of worldwide snow conditions for members, together with weather prospects for the week ahead from www.snow-forecast.com. You can also browse the entire archive of weekly editorials.

The team at snow-forecast.com hopes that you have found recent improvements to the site useful. Two weeks ago we introduced hindcasts and a few days ago we extended the resort forecasts for members to nine days. We stress that details in such long range forecasts should not be taken too literally but rather as a broad outline of how the weather will develop. Now that the new content is stable, we will extend the member maps to nine days too. This will take just a few days.

By last weekend, conditions at many Alpine resorts had suffered from the effects of warm sunny days and frosty nights. Fortunately, as was the case right through January, almost as soon as conditions looked marginal, new snow arrived. By Thursday morning, three distinct bands of snow had crossed the region from the northwest – fragments of the stormy weather that previously affected the British Isles. Since the Alps are located so far from the track of the originating Atlantic storms, these snowfalls were not especially heavy and not every resort was blessed. Most notably, many French resorts largely missed out on the most recent fall. Worse, it was warm enough for sleety rain at times below about 1800 m both in Switzerland and France and some lower runs became very slushy. Despite this, at many Italian, Swiss and Austrian resorts, these three 10 to 25 cm snowfalls have resulted in superb off-piste conditions above 2000 m, albeit with moderate risk of avalanches where fresh snow has fallen on previously icy south-facing slopes. Apart from the relative mildness for early February, it was windy too leading to bare patches and some slab on exposed slopes even where snow fell. Italian resorts have tended to see more of the snow, less of the wind and were colder throughout. Being located closer to the storms, the German Alps did well too: Berchtesgaden saw around 20 cm of snow on the upper slopes through Wednesday night and Thursday morning but low altitude means that it is not possible to ski back the resort. Quickly following the unsettled days, Thursday saw clear skies as pressure quickly built across Western Europe. It's the third time this has happened since New Year, but this time we expect the anticyclone to prove much more reluctant to shift and so it could be well over a week before the Alps next see significant widespread snow. At least the air temperatures will be low enough to preserve existing snow cover apart from vulnerable sunny south facing slopes where a crust seems likely to form.

Andorra has not seen snow since Monday. High pressure is back in control and it looks very unlikely to snow for at least six or seven days, and even that should be light. In the far south of Iberia, staying sunny until Thursday in the Sierra Nevada. It will have turned much colder by then and a moderate snowfall is forecast.

Scotand does not look like a good prospect this week because it sits beneath the warm SW airstream circulating around the western limb of the European Anticyclone. True, the recent storms have contributed to a healthy 75 cm base on the upper runs of ski resorts, but that's about it for good news. The severe gales that accompanied the recent snow have damaged lifts at Cairngorm and although they will no doubt soon repair them, the weather prospects are for a week of high temperatures across all of Scotland. Rain right to the summits at first, and winds only abating on Sunday. Indeed, on Thursday it was too windy for Glencoe or Nevis Range to open and by the time the wind drops, the snow will be very heavy.

Conditions in Norway have improved following recent snowfalls. At Voss, 45 cm of fresh snow was reported on Sunday . This weekend will see changeable weather in Norway although the sun is expected to break through on occasion. Light snowfalls this week have refreshed the cover at Are and Salen in Sweden too. Are is forecast further snowfalls this weekend while Salen is predicted predominantly dry weather although there will be clouds moving overhead to interrupt the sunny spells. The pressure pattern should restrict mild Atlantic air to the extreme west and north of Scandinavia over the weekend. Pressure building from the East should then deliver a cold and fairly settled spell of weather next week with light falls of dry and powdery snow for more eastern areas.

Mid week has seen a dusting of snow at resorts in Bulgaria and Friday should be a good day following snow on Thursday night. We suspect that Greece has already seen rather more snow than we predicted in last weeks editorial. As pressure builds over western Europe and pressure falls in the central Med, eastern Europe will steadily cool down so expect some very cold conditions on the mountains here. In general, easterly winds will bring little more than light snow showers because the originating air is so dry. Greece is an exception, primarily because it is almost surrounded by sea. Here we expect moderate accumulations of snow falling to progressively lower elevations. Snowfall associated with a Mediterranean depression will affect high ground in a band from southern Italy, through Greece and the Balkans to Turkey. This unsettled weather not reaching as far east as Israel and Lebanon until mid to late next week.

Fairly settled at first with just a few snow showers over the mountains of Lebanon clearing by the weekend. Becoming progressively more unsettled next week with snow showers and falling freezing levels at first and possible heavy snow again by the end of the week.

Another generally snowy forecast for resorts in the Canadian west so make the most of any brief breaks in the weather. Friday and Monday should be reasonable but the rest of the time there will be snow, snow and more snow. Expect to make fresh tracks every day but wrap up well against lowish temperatures because there will be a significant windchill at times. As usual, more sun and less snow at the resorts in Alberta and at least it is nothing like as cold as it was last week; -10°C must feel relatively balmy in comparison. Big White and Silver Star have received 20 cm of fresh snow this week creating powder conditions on the trails and improving conditions off-piste. However, the most impressive snowfall recorded anywhere of late was at Chilcotin Mountain where 80–cm of snow fell on Wednesday.

It has been another good week for snowfalls at American resorts but high pressure is now building eastwards from the Pacific and this will dominate the weather from California to Colorado for about seven days. Heavenly ski resort above Lake Tahoe on the California/Nevada state border has just reported its snowiest ever month in January when an incredible 160 inches (four metres) of snow fell on the slopes. The resort's snowfall records go back more than 30 years to the 1975–76 season. The snowpack at Heavenly is currently 23 percent deeper than average. Despite this, expect a settled week around Tahoe, with freezing level hovering about the summits during the afternoons. Further east, the weather has also calmed down at last and the forecast is for much lighter snowfalls and some fine weather in the Colorado Rockies. For heavy snow this weekend, you'll need to head to somewhere like Timberline in Oregon. Alternatively, you could head to the Big Island of Hawaii. Although we don't have any reports from Mauna Kea, it would be very surprising if last weeks record downpours on the Hilo coast have not translated into serious snowfalls at the volcanic summits. Heavy snow is again forecast for Wednesday and Thursday and with freezing levels of 3800 m or so, there should be at least 500 vertical metres of skiing on fresh snow on offer.

Stowe and Sugarbush in Vermont received 50 cm and 33 cm of fresh snow respectively on Wednesday, totally transforming conditions. Sugarbush in particular really needed new snow after a recent mild spell. It looks like staying generally snowy around the Great Lakes and northern Appalachians over the weekend. Becoming cold and windy on Sunday too. Further rain and snow developing right along the length of the Appalachians on Tuesday and Wednesday.