The Mavrovo-Zare Lazarevski snow report is: 0 out of 14 Lifts open. Our model predicted that 1cm (0.4 inches) of snow fell over 12 hours between Saturday 03 of December at 10PM and Sunday 04 of December at 10AM CET at the mid mountain level. Compacted depth will be less.

Our Snow Report for Mavrovo-Zare Lazarevski brings daily updates on the snow conditions, snow depths, piste and offpiste conditions and the number of open ski lifts. The latest Mavrovo-Zare Lazarevski snow report shown below was updated on 4 Dec 2022. Snow Reports are provided regularly throughout the ski season courtesy of our own network of ski resort managers, the Skiclub of Great Britain and Skiresort Service International GmbH. In addition to the current report on ski conditions, we also provide webcams (including a 4 week cam archive), current live observations from nearby weather stations and also historical snow data for Mavrovo-Zare Lazarevski. 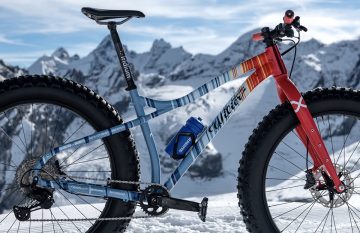 [edit 5th Dec 2022 - Omar Di Felice's attempted crossing of Antarctica has ended prematurely. Following three stationary days in his tent, he was picked up by Antarctic Logistics and returned to Union Glacier Camp. The reasons are not clear, other than his blog stating "serious personal issues." This means that Welsh Adventurer Maria Leijerstam remains the only person to have reached the South Pole by bike. Her record-breaking journey took place in 2013.]Italian climate activist and ultra-cyclist Omar Di Felice hopes to complete the first 2,000km coast-to-coast crossing in 60 days. Earlier this week, Omar arrived at Hercules Inlet in western Antarctica and began cycling over the ice toward the South Pole. A live track of his progress can

Find the best conditions for skiing and snowboarding near Mavrovo-Zare Lazarevski using our Snowfinder page.

Many skiers enjoy moguls and fast icy pistes but for off-piste skiers and free-ride snowboarders, fresh snow starts to deteriorate from the moment it settles. Wind, rain and periods of above-freezing temperature are the primary cause of the evolution from fresh powder to windslab, ice or slush. High altitude slopes that are shaded from the sun and sheltered from the wind preserve powder stashes longer after fresh snowfall. If the snow report mentions pockets of powder at Mavrovo-Zare Lazarevski, study the Mavrovo-Zare Lazarevski piste map in relation to the wind direction to determine the most likely locations.