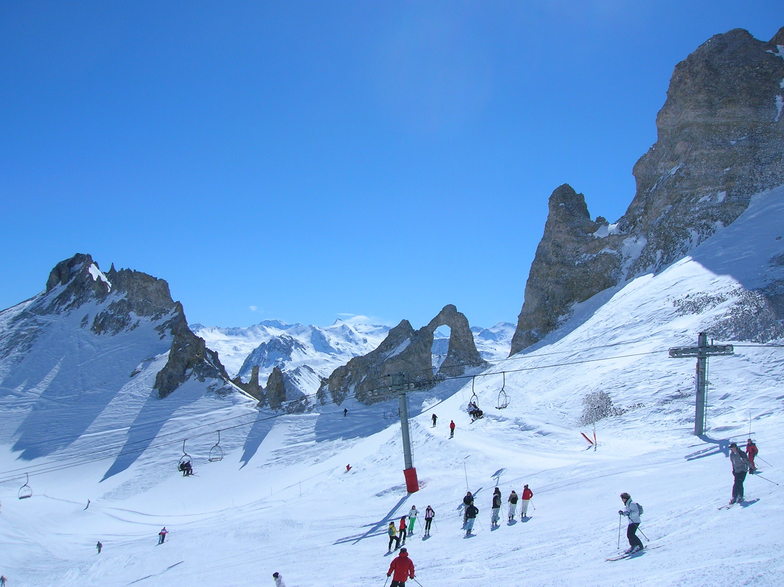 Summer Ski Areas in the Alps Close in Record Heat

Tignes is the latest summer glacier ski area to close after record spring and summer heat continues to impact the Alps. Of the four glacier ski areas in the Alps still open for snow sports in July, most have only part of their usual terrain open. The snow cover was already reported to be around 70% below usual at the end of winter and at record low levels after low snowfall totals were reported across the Alps. This was followed by unprecedented temperatures of +10C at 4,000m for prolonged periods in May rapidly thawing what snow cover there is. The impact on glacial ice integrity goes far beyond losing summer ski and boarding of course, with the catastrophic collapse of

Use our Tignes ski hire interactive map to find exclusive snow-forecast discount codes. Get the best value ski and gear hire in Tignes. 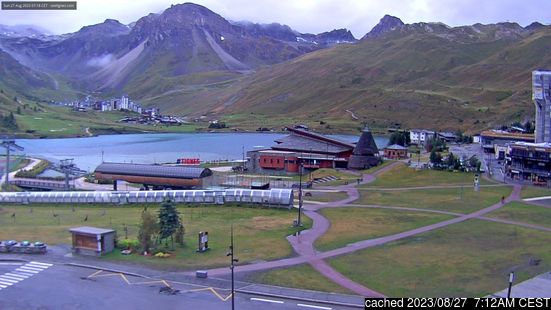 Tignes is one of my favourite places in the Alps/Europe. Tignes is suited for serious skiers who love off-piste. If you care about anything other than skiing, leave it for everyone else to enjoy and keep writing the negative reviews! They really do make me laugh. Tignes is an ugly village, all the lifts are ancient, accommodation basic, 'weather was cold' (it's a ski resort up to 3500m what do you expect?) blah blah…
Ugly village - I do not give a monkey's, I came here to ski. Majority of lifts are 4/6 seater high speed chairs, quite a few bubbles, cable cars + gondolas. The lifts are very well planned too, the vertical you can cover in a day really is exceptional. There is one ancient chairlift that goes up to the Aguille de Percee (eye of the needle - rock formation with a hole in it) but it serves some of the most epic off-piste you will find anywhere.

Good snow-park too, half-pipe (watched the world cup half pipe from my hotel room before) and a mini kicker with a free airbag sometimes makes an appearance!

Previous review complained about piste grooming too ('third world resort' is how they described it, LOL!). It's really not that bad. They do groom pistes despite what another reviewer said. Maybe not perfect piste basher lines at the end of the day but what do you expect from such a popular resort...? They sometimes leave some pistes with fresh snowfall on because seriously who doesn't like fresh powder?!

Snow-wise Tignes gets a decent amount as it's high up. Usually retains it very well and you can still find fresh snow (if you know where to look) weeks after the last dump. When it is white-out conditions it can be pretty bad as there aren't many trees on the Tignes side (more in Val D'Isere) but in the 8 years I've been there I've had one true white-out day. It wasn't all bad though as I practically had the mountain to myself! Avalanches are frequent off-piste. Take safety equipment and know the conditions/get a guide to make the most of it safely. To be expected though given the snowfall and vast amount of off-piste available. Heliski run was fantastic steep tree skiing. Free bus too between Tignes and Val which can pick you up after some off-piste runs too (forget which ones sorry!)

Nightlife is ok, quite expensive depending where you go. Even more so on Val d'Isere side (although it's known as a party town). Val also has 'La Folie Douce' restaurant/bar/club on the mountain itself which is always rammed all day. Food also quite expensive wherever you go.

In summary, if you're a skier who wants to find things to moan about, leave this place for the real skiers :) Because it really is a skiers' paradise. Oh and if you can avoid French and English school holidays you will find a much quieter resort!

Read 95 more reviews of Tignes or submit your own

The Tignes skiing weather widget is available to embed on external websites free of charge. It provides a daily summary of our Tignes snow forecast and current weather conditions. Simply go to the feed configuration page and follow the 3 simple steps to grab the custom html code snippet and paste it into your own site. You can choose the snow forecast elevation (summit, mid-mountain or bottom lift) and metric/imperial units for the snow forecast feed to suit your own website…. Click here to get the code.