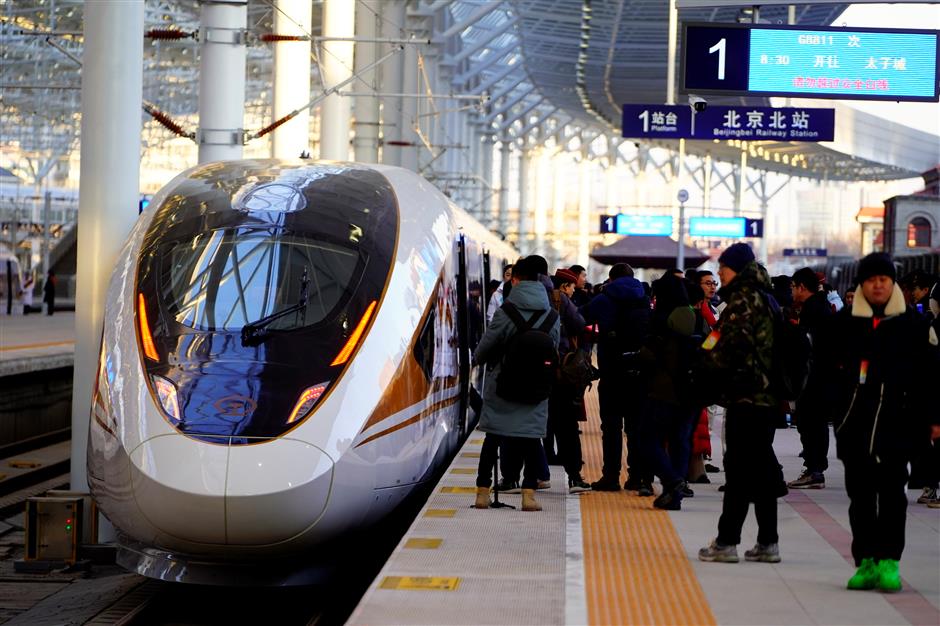 China has unveiled the world’s most advanced high-speed train to connect capital city Beijing with its 2022 Winter-Olympic and Paralympics co-host city Zhangjiakou.

The €7 billion 174km long railway line cuts travel time between the two cities from three hours to 47 minutes with driverless trains travelling at up to 350 kilometres (217 miles) per hour.

Passengers on the service will also be able to enjoy 5G data signals and wireless charging on their short trip.  The trains also have special ski and snowboard storage facilities and during the Olympics will broadcast live TV links to events taking place for passengers. There are reported to be ‘AI controlled robots’ helping with tasks like baggage transportation at stations on the new line.

Known as the Jing-Zhang High-speed Railway service, the state-run line has taken four years to build with the self-driving Fuxing bullet trains linked in to China’s global satellite navigation system Beidou, which it has created so that it need not rely on the US-developed Global Positioning System (GPS).

Although the train does not need a driver, Chinese media report drivers will be onboard to check all is running as it should and in case of emergencies.

China has the world’s largest railway system including two-thirds of the world’s high-speed railways. It continues to invest heavily in the construction and upgrading of its rail system.

It will host its first Alpine World Cup ski racing at Olympic venues next month, two months before the Games are due to be staged.