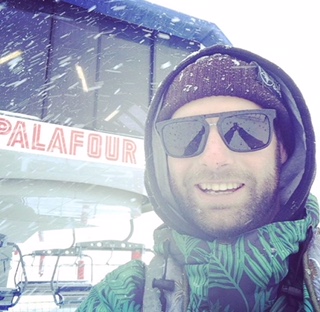 On the 1st April 2018, professional chef, Dave White, whose day job is that of a professional chef on a super yacht, will be boarding a plane from London to Kathmandu in Nepal to take on a life changing expedition, attempting to summit the North Col of Mt Everest.

Why? Well apart from wishing to challenge himself, Dave will be raising funds for snowsports charity  Snow-Camp, the snowsports youth charity dedicated to changing the lives of inner-city young people with snowsports.

He is also going to be raising money for POW UK (ProtectOurWinters) as well as documenting the changes in the Himalayas on my journey to raise awareness about climate change .

“Being on mountains has become a big part of me, through the friends I have met and the extreme adventures I have undertaken in the snow. This has enabled me to become the man I am today,” says Dave, who works on one of few super yachts who recycle and only use sustainable produce.

“I really want to help give these kids an early opportunity of change. A chance I never got at a young age, to experience snowboarding and skiing. To witness the endless horizon of epic mountains this world has to offer, to broaden their horizons, develop their life-skills and support them to go on to other positive destinations in life.” 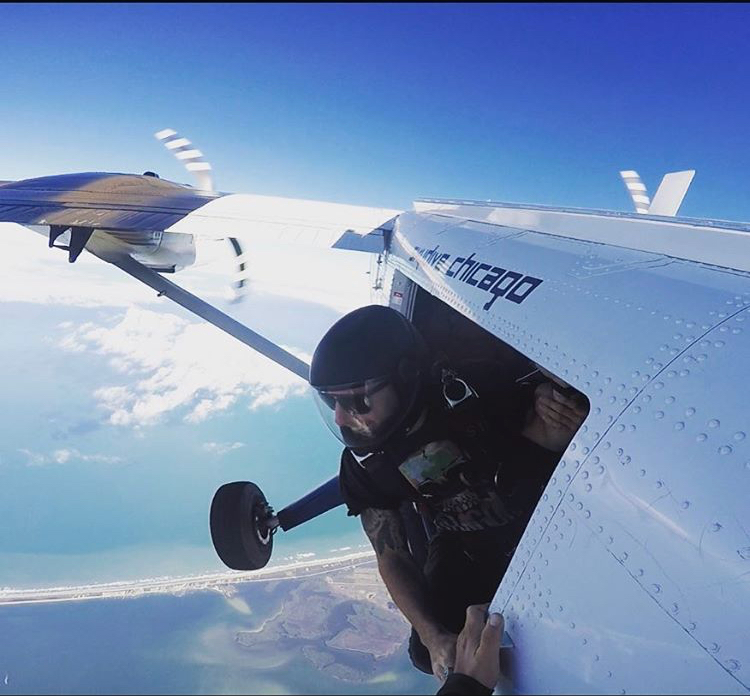 Adrenaline junky Dave started skydiving a year ago, learning in America at a dropzone called Skydive Sebastián and has already clocked up 200 jumps so he certainly has a head for heights,

“It’s an on explainable feeling, jumping out of a plane, helicopter, off a bridge, free falling and then that moment you pull your pilot shoot and Just hope your canopy shows above your head. I absolutely love it,” says Dave, but how prepared does he feel for his Everest challenge? 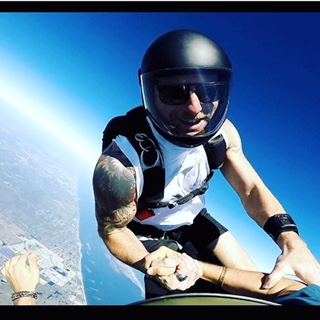 “I have done nothing to this scale before and I’m very aware that, on paper, I’m not ready for this trip.  I’m a back country skier who has competed in the Freeride World Qualifiers so I believe my knowledge of the mountain is at a high level, which gives me an advantage I guess, but other than that my experience mountaineering is summiting Mont Blanc with skis on my back and skiing back down to Chamonix,” says Dave, who is self-funded his trip from his job with support from Tignes Spirit, Dragon Lodge and Dragon Alliance but is also hoping to find a climbing sponsor as well. 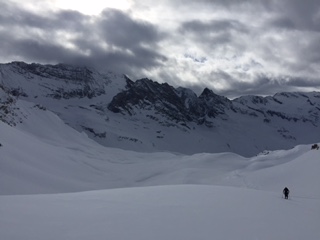 “I’ve skied lines across the French Alps at 3,800 meters  where I tour for miles to finally arrive to a cliff where I would rope In from snow billiards or various anchors, I have  climb many faces and ridges  in Tignes where I needed my ice Axe and crampons and I have practiced crevasse rescue over and over again on glaciers.”

Dave’s trip I scheduled to last 67 days through to the start of June, with the first fortnight spent  on an acclimatisation trek and ascent of Naya Kanga at 5844m in the Langtang Valley of Nepal close to Tibet.  There’ll be then be further acclimatisation treks up to 6000m and from day 23, the ascent of Everest begins, the precise timings all weather dependent. 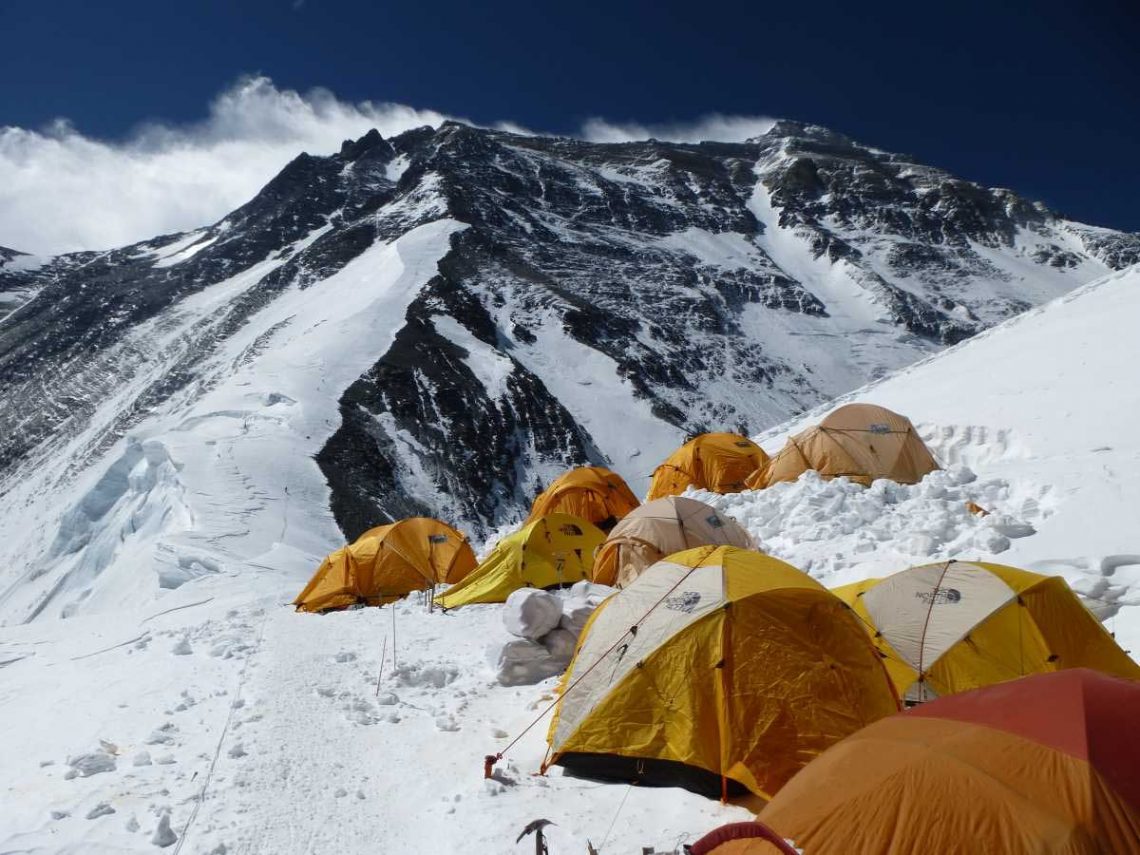 So what is he doing to prepare for the trip?

“I’m in the gym twice a day with an air restriction mask on that puts me at a much higher altitude as it simulates breathing through one straw. I did a mountaineering course in Washington and right now I’ve been on a six day winter mountaineering course in Tignes with Terry James Walker who is kindly teaching me the ropes, excuse the pun – all in the name of charity. We have skied lines on the Grand Motte to test my skills and I’m feeling confident.” 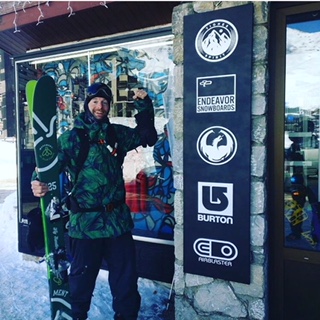 Pictured above: Dave in front of the Tignes Spirit shop run by Kieran Hicks, a Tignes legend who serves the resorts ski and board community, particularly those in the know who can’t stop coming back to Tignes for more of what many consider the best ski area in the world. Tignes Spirit is widely considered one of the coolest hire and kit shop in the Alps.

Why choose to support Snow Camp?

“This is my second involvement with them, recently my good friend Charlie and I put on a charity dinner in Tignes to bring awareness to Snow Camp and we raised 600 euros , I have friends who explained to me how Snow Camp is changing lives and it blew me away and really reminded me of who I was before I started skiing.”

“I left the UK when I was 18, I needed a change I was in a bad place so angry all the time, I hated my life.  I flew to Geneva and got a bus to La Plagne and that was the first time I saw snow and that’s when it all began, I learnt to back flip on my third day of skiing and finally I really felt I had changed for the better and that’s all down to living in the mountains.” 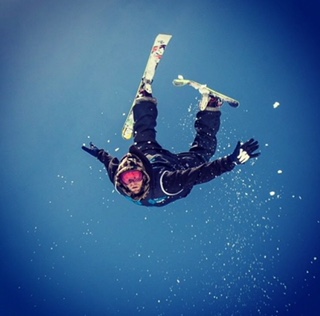 Dave worked as a chef at the famous Dragon Lodge in Tignes (pictured below) for many seasons, run by John Basset who has been a major enabler in the snowboarding scene, making many snowboard life stories come true. 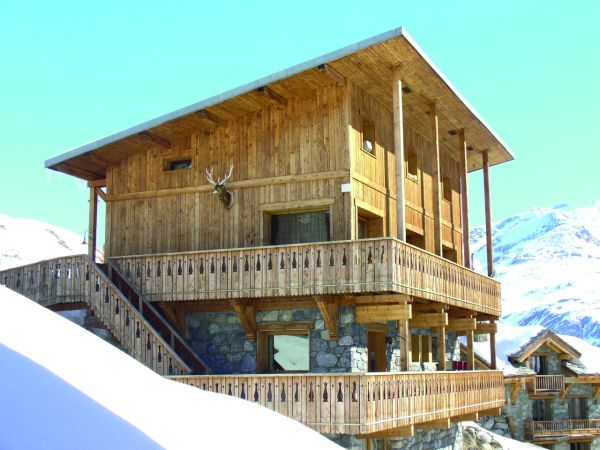 “Six years after arriving in the Alps I won the British slopestyle freestyle championship in 2014 and picked up various sponsorship deals but unfortunately I was struck with endless injuries with spine surgery in September 2017 being my most recent problem. But now I’m stronger than ever and ready to take on this endeavour,” continued Dave.

“If I set my mind to something I will do it no matter what so I guess the only thing that does scare me is that I will not give up no matter what to reach the summit ,  unless it involves saving another life, and I think the thought of failure scares me.  I’m extremely excited about the challenge actually.” 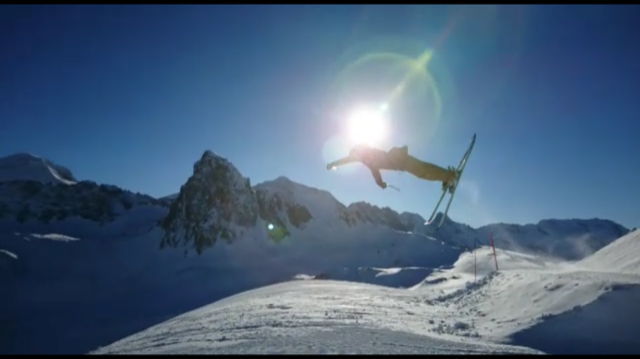 “I can’t wait to cook food for all the sherpas, meet new people and ask them why they’re climbing the highest mountain in the world.”

“But most of all if I succeed or even if I don’t  I can’t wait to tell my story of the journey, I hope to inspire the younger generation show them that nothing is out of your reach no matter who you are or where you’re from.” 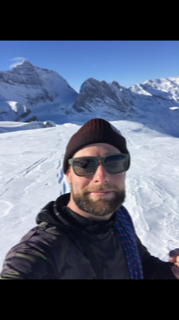