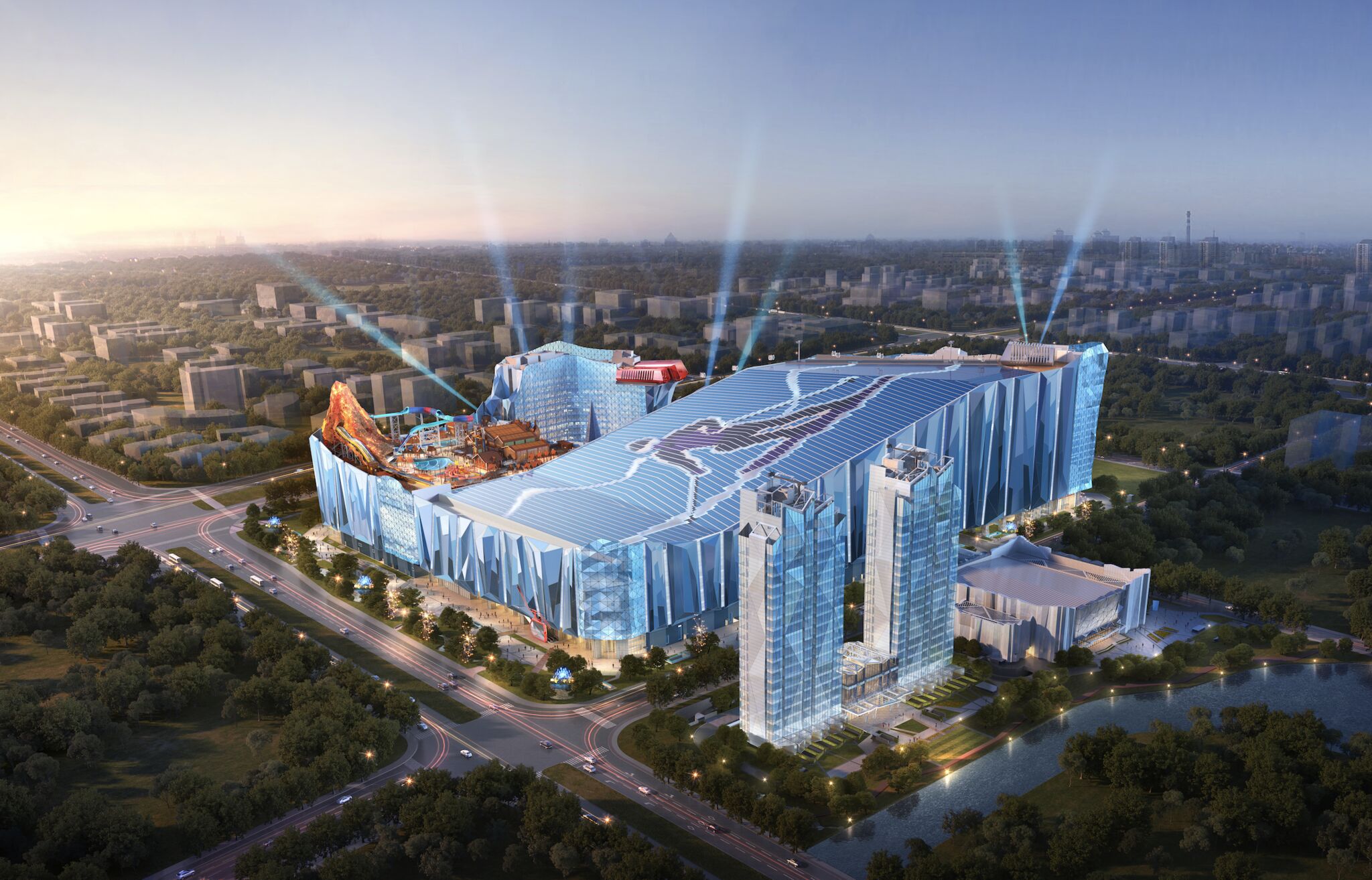 The building, described by Axis as, “one of the largest and most technologically advanced indoor snow and ice venues in the world” is currently scheduled for opening in Q4, 2023, the company says.

The Shanghai facility, located only 30km from Shanghai Disney and Pudong Airport, will feature three main ski runs and “an elaborate winter-themed snow play park providing a wide variety of activities for all age groups over multiple floors of the 60m high venue.”

Axis is responsible for taking the operational aspects of the Snow World project through the construction and handover phase, through to grand opening, including all aspects of operational preparation, human resources and sales and marketing.

“After more than two years of setbacks, the Shanghai area is certainly ready for Snow World to bring the joy of ice and snow to the region, and to showcase the advancements that China is making in the world of wintersports,” said Justin Downes, president of Axis Leisure Management who are working on the project under the name of their subsidiary company, Hospitality Associates Asia.

Singapore based developers KOP properties originally announced plans to build the world’s largest indoor ski resort incorporating, ”the world’s longest indoor ski trail,” at Shanghai in China in 2015.  In 2020 it was reported that KOP had left the development and its 2019 opening date had obviously slid, to 2021 but construction was underway.

Over the past seven years the project has had a number of names and it si not clear if Shanghai Snow World is the final one. Thy have include Shanghai Ice & Snow Star, WintaStar Shanghai, Winterland Shanghai and Winterstar.

In September 2022 it was announced that the outer shell of the building was complete. But opening wouldn’t be until at least 2023. Ongoing pandemic restrictions on movement in Shanghai were part of the delay, the reports stated.

Shanghai was previously home to one of China’s first and one of the world’s largest indoor snow centres, with a 380-metre-long slope, still one of the 10 longest indoor slopes ever created.  LongZhu Hokkaido Shanghai Dashung Indoor Snow (also known as: Yinqixing / Xinzhuang  Indoor Skiing Site) operated between December 2002 and September 2009 when it closed suddenly “for refurbishment”, never reopening.