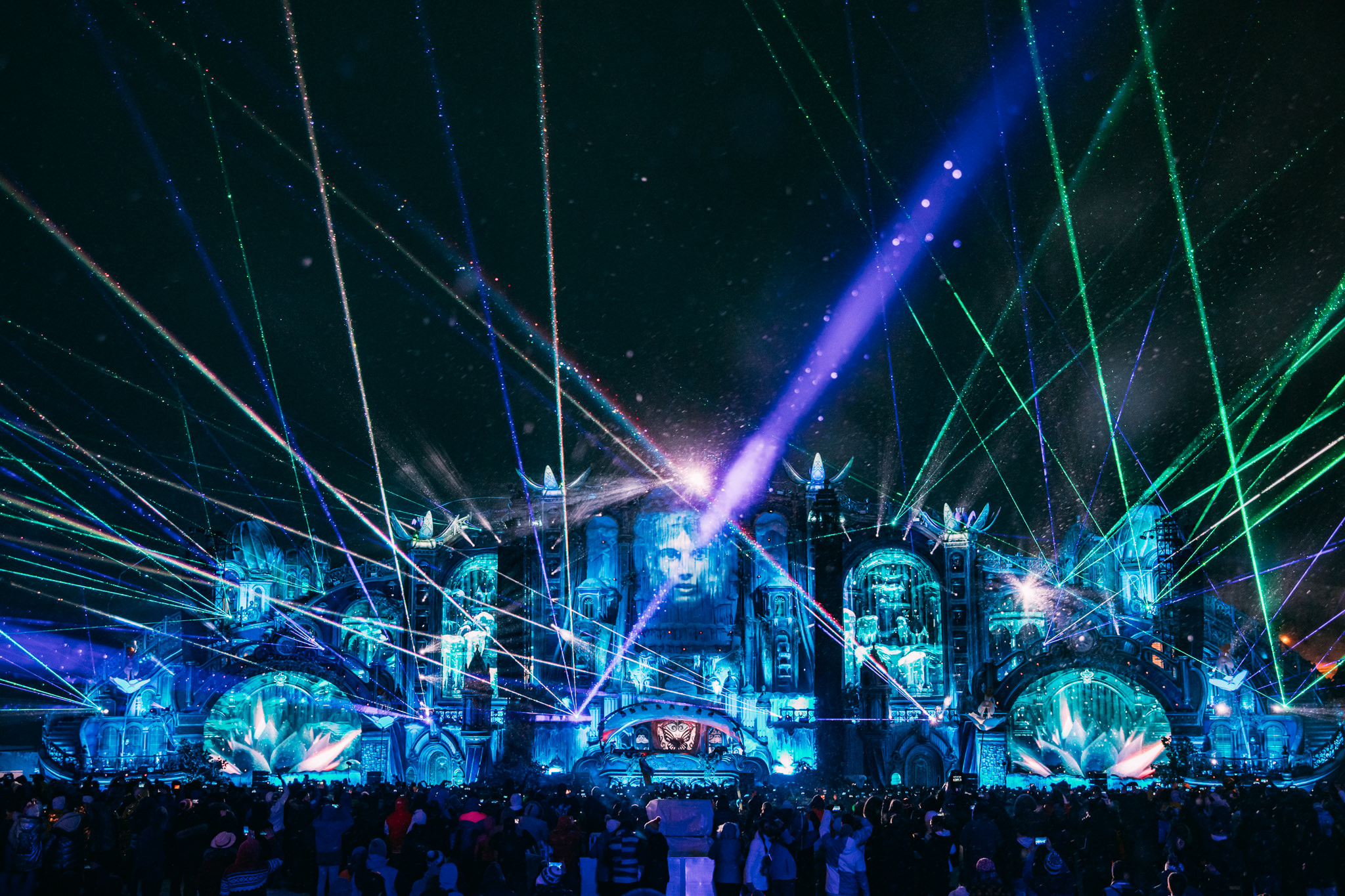 A number of music festivals which were forced to cancel at short notice in March 2020 as the first wave of the pandemic began are beginning to abandon hope that their return this spring can happen.

Although no national governments have a yet announced ski areas will stay closed into March, when the festivals are due to take place, any hope of being able to organise events is fast diminishing.

Tomorrowland Winter 2020 (above and top) which had been due to be staged in Alpe d’Huez last March was one of the biggest casualties of the fast-moving end to the 2019-20 season. Attracting around 20,000 festival-goers it was already to go with a vast stage built when lockdown was announced. Organisers have now said it can’t take place this March, as they had hoped either.

Snowboxx (below) is the latest to announce it has been forced to cancel for a second year. Due to take place in Avoriaz from 20-27th March, it issued a statement on January 20th saying,

“We have been closely monitoring the developments of the global situation during these past weeks, and after careful consideration and dialogue with the multiple parties involved, we have come to the conclusion that it won’t be possible to run a safe and enjoyable event this year. ​It is absolutely heart-breaking to share this news. We were really looking forward to returning to Avoriaz this winter, and have done all we could to make it happen, but the reality is that Coronavirus is still a serious health threat and we haven’t made enough progress in our collective battle against it.”

The organisers say they will return for a “truly epic week in the Alps” next winter and have already confirmed the dates: 19th to 26th of March, 2022.

The postponed tenth edition of Rock the Pistes Festival in the Portes du Soleil – the Swiss half of which is currently open although public gatherings of more than five people are banned – is due to take place from March 14th to 20th 2021. Headline acts that had been due to play at the cancelled 2020 version of the festival include The Stranglers, whose keyboardist Dave Greenfield died of coronavirus later last year.  They do not seem to have announced a cancellation for 2021 yet but they also don’t appear to have made any announcements since last October.

One of the longest running festivals, Snowbombing, due to take place in Mayrhofen from 5-10th April still appears to be officially “on” at present. However the organisers they announced they were trying to get clarity on what to do back on January 5th, with an update planned by January 12th, but which doesn’t appear to have been forthcoming yet.

Festivals that had been due to take place earlier this winter, which did manage to take place last winter before the first lockdown, include the season-starting Rise Festival at Les 2 Alpes. Forced to cancel in the second lockdown this winter it has already published its dates for next winter 11th – 18th December 2021.