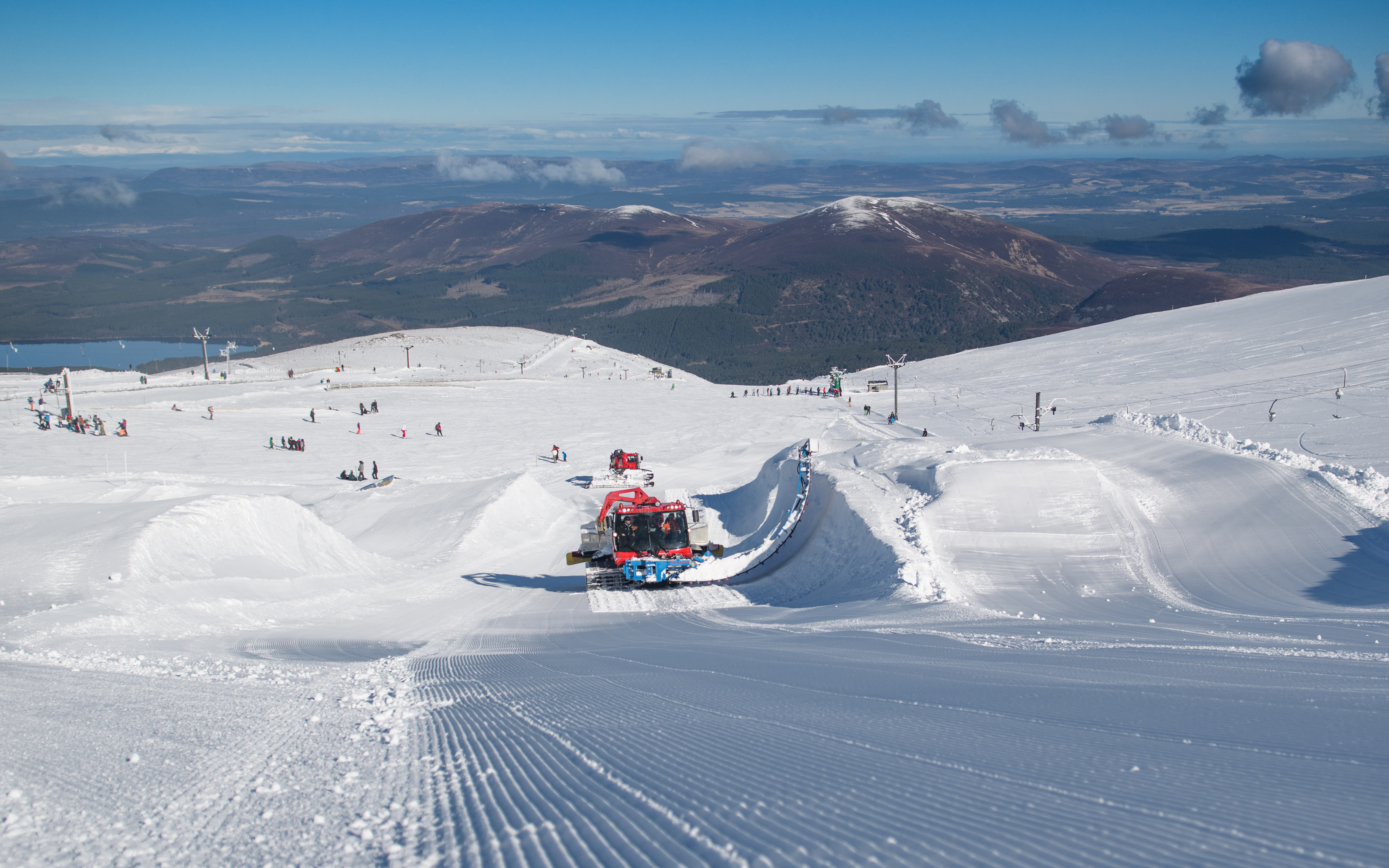 If all goes to plan Scottish ski centres will be allowed to re-open from 26th April. That’s the same date when, again if all goes to plan, people will be able to travel to the centres from across Scotland and ‘maybe’ the wider UK.

But will there be any snow left and will centres want to open if there is?  Again, it is a maybe.  After what was one of the snowiest December to February periods in 11 years, the lasty eight weeks have been much driers and warmer and much of that snow has gone.

But on the upside for skiers the start of April has turned decidedly wintery with snowfall, sub-zero temperatures and that’s the forecast for the next few weeks at present. The country is often a recipient of late season so-called “lambing snow” – in fact late season conditions are usually better than December/January in “a typical year” (not that there ever is one) and late-April / early-May opening of Scottish slopes is not unusual.  Some years they close due to lack of business rather than lack of snow.

So far, the operators of Cairngorm and Glencoe have both separately told local media that they might re-open for skiing from April 26th, Glencoe’s boss suggesting it could be for “1-2 weeks”, Cairngorm saying no decision had been made but it had not been ruled out.

If they can re-open that is not likely to be the case in 2021 with pent up demand being what is. It is very likely only limited terrain will be open and pandemic restrictions will mean advance online-purchasing and limited availability. Glencoe was open in December and early January before the second lockdown and was selling out of tickets then most days.

Besides the hope for some natural snow cover, there is also the fact that the five Highland centres have spent millions in recent years in machines that can make snow, over limited areas, in plus temperatures too.

There has been some surprise in Scottish skiing circles that all Scottish ski areas, even dry slopes, have been told to remain closed to people living by the slopes over the next three weeks when travel in Scotland is limited to local areas only, despite the comparative ease of maintaining social distancing and preventing online ticket sales to non-locals. The surprise comes as the stay-closed  decision has been made despite most other outdoor sports with higher chance of contact being allowed to resume, as well as many close-contact indoor non-sports activities.