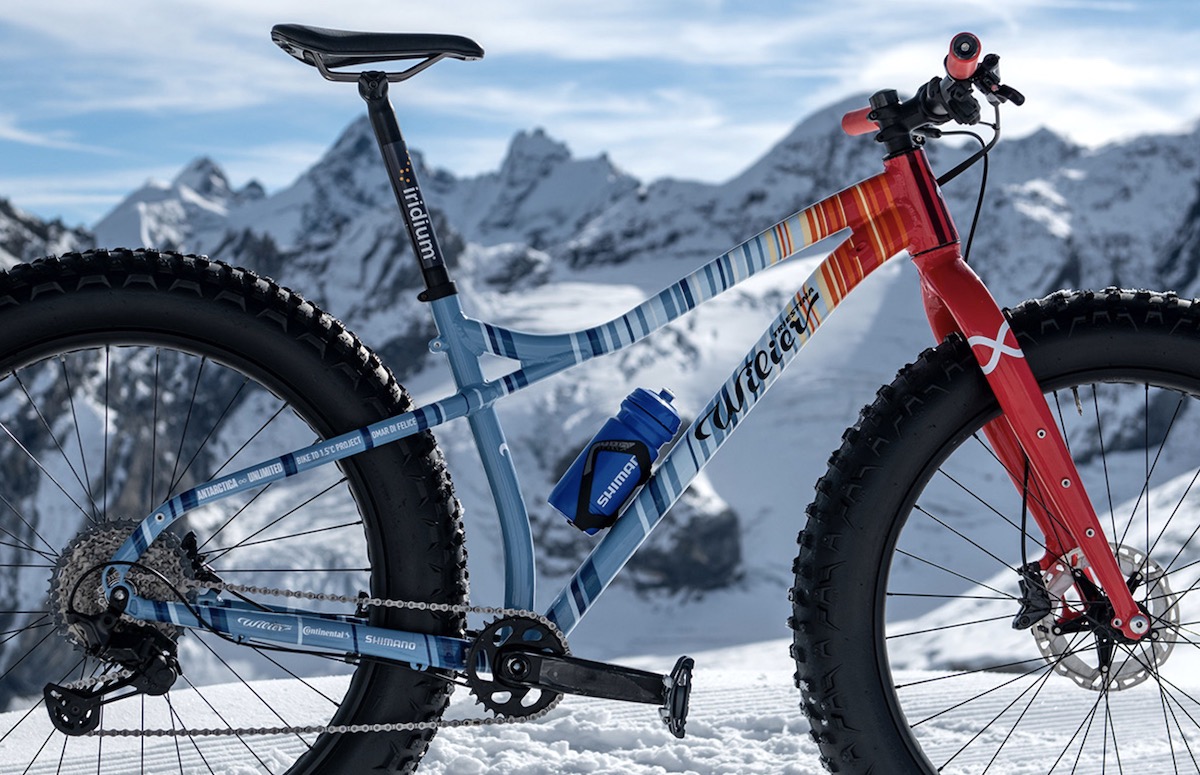 [edit 5th Dec 2022 – Omar Di Felice’s attempted crossing of Antarctica has ended prematurely. Following three stationary days in his tent, he was picked up by Antarctic Logistics and returned to Union Glacier Camp. The reasons are not clear, other than his blog stating “serious personal issues.”

This means that Welsh Adventurer Maria Leijerstam remains the only person to have reached the South Pole by bike. Her record-breaking journey took place in 2013.]

Italian climate activist and ultra-cyclist Omar Di Felice hopes to complete the first 2,000km coast-to-coast crossing in 60 days. Earlier this week, Omar arrived at Hercules Inlet in western Antarctica and began cycling over the ice toward the South Pole.

A live track of his progress can be viewed on an expedition map, and updates from his expedition team are on his Instagram feed. Wind and snow are slowing progress after just a few days, so we’ll be watching the weather updates and wishing him all the best.

Cycling in Antarctica is not a new thing. In 2013, Welsh Adventurer Maria Leijerstam set the world record as the first person to reach the South Pole by bike.

Omar Di Felice’s fat bike is made by Wilier using steel in favour of composite materials that may not perform in temperatures as low as -40°C. It has a notable paint job that shows stripes showing how global temperatures are warming up to the present day. Reading University’s interactive climate stripes website is well worth a look.