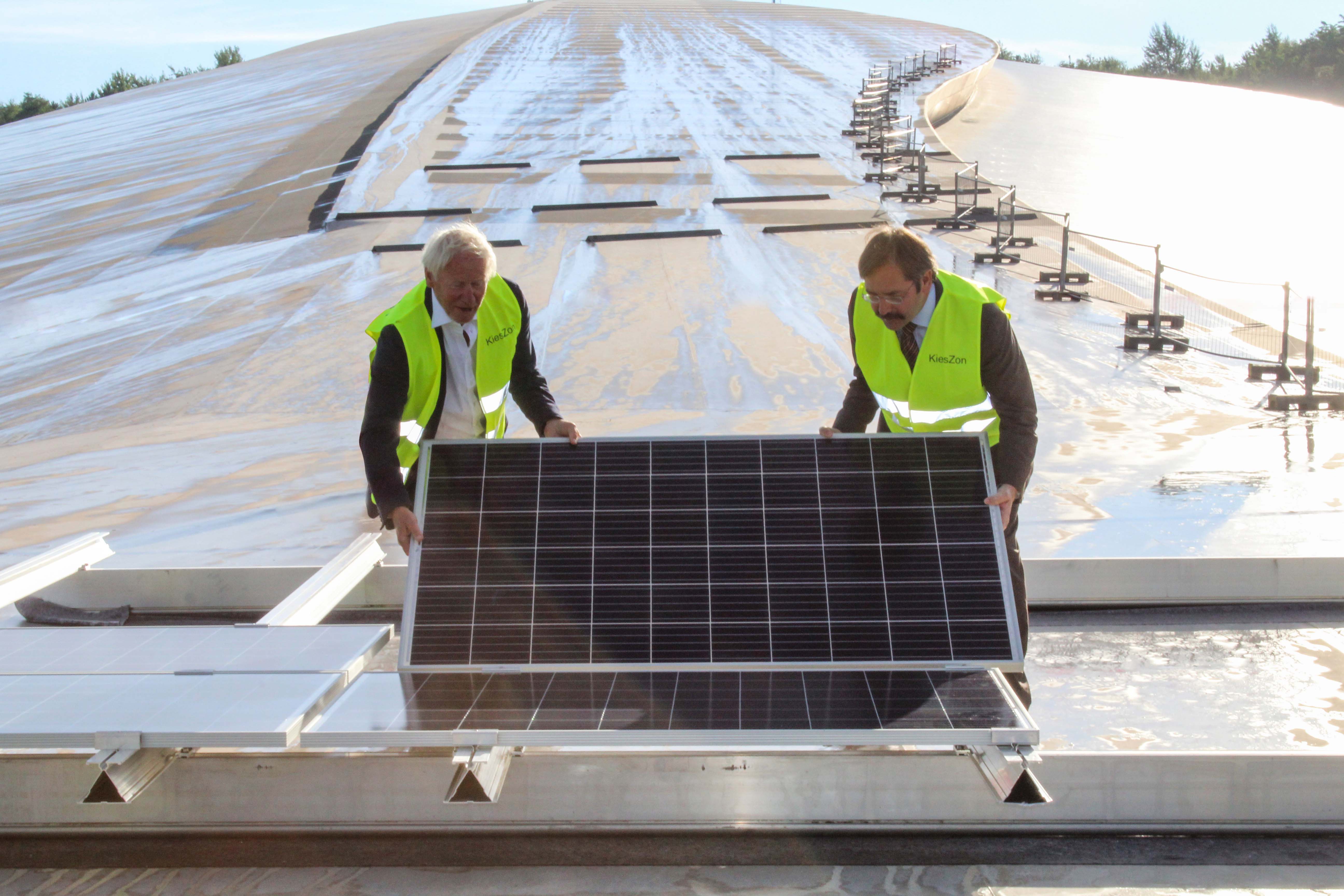 How will the skiing world look 100 years in the future if climate change continues at even the best rate forecast?

Maybe we will all be skiing on Mars?

One possible option though is that skiing will be more and more indoors.

There are now indoor snow centres on every continent except Antarctica – more than 100 have been built over the past 30 years and around 70 are currently operational in 30 countries worldwide.

On the whole environmental groups are not happy about these ‘giant fridges’ and the energy their refrigeration systems need, although in truth most are very energy efficient in order to stay financially viable for their operators.

Better news still there has also been a move in recent years for indoor snow centres to use green technologies in their operations and now one of the world’s four biggest, SnowWorld Landgraaf in the Netherlands, has today begun placing 10,000 solar panels on its vast roof.

The project, which the centre’s management believe is the largest solar panel project for a sole commercial venture in the world, will generate enough electricity to power the equivalent of 750 homes.

It means that the indoor snow centre will also be energy self-sufficient and running 100% on green power on sunny days – and we’re probably going to get more of those in the future.

“We’ve been working many years to make SnowWorld more sustainable and this installation of the solar panels is an important step in this sustainability strategy,” said Wim Moermans, CFO of SnowWorld, pictured at the official installation of the first panel this morning with Theo Bovens, the governor of the local Limburg region.

The 10,000 panels, being installed by Indi Energie, should all be in  place by the end of the year.  The installation which will generate 3.2 MWp of power follows the installation of 3,000 solar panels at smaller sister indoor snow centre SnowWorld Zoetermeer.

In an added irony, albeit a positive one, SnowWorld Landgraaf was built on a spoil heap created by  the former Wilhelmina coal mine.