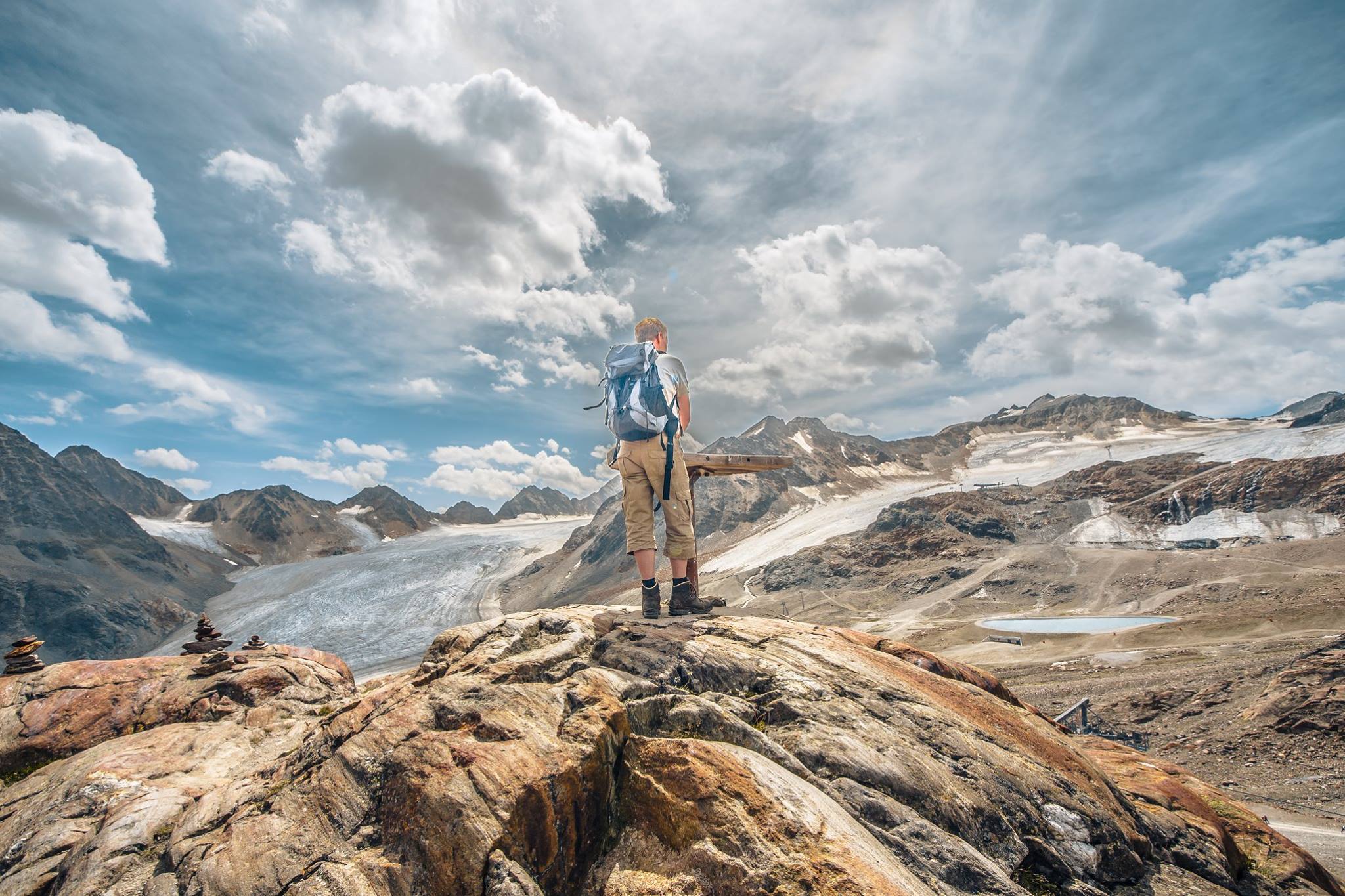 This summer’s high temperatures in Europe has led to most of the year round snow cover on Alpine glaciers melting away completely in many places, leaving the glacial ice exposed directly to the sunlight.

Currently seven glaciers are supposed to be open for snowsports but two have had to close this month because the snow has melted away.  The remainder report very thin cover and ‘tough’ (Les 2 Alpes – pictured below) skiing conditions.

The Stelvio glacier in Italy closed at the start of the month for the first time in its operational history, but it has been able to re-open some terrain following fresh snow.  Latest to close is Austria’s Molltal glacier, which has closed indefinitely until adequate fresh snow cover arrive.  It is normally open for around nine months a year for snowsports from late spring one year through to early spring the next year. 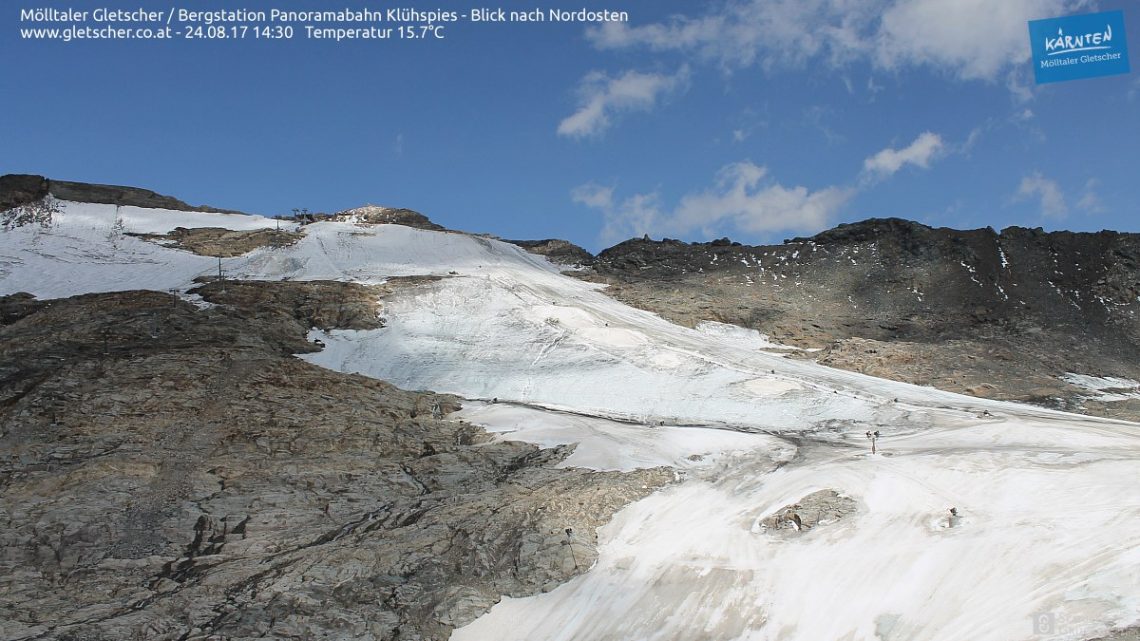 Of the remaining still-open glaciers most report bases of 30-50cm, the deepest 60cm and afternoon temperatures at most remain in double digits above zero.

There has however been some fresh snowfall, some of it as recently as last weekend, and a few weekends ago as much as 40cm of fresh snow at some.  It’s just very warm the rest of the time.

None the less there is still some recreational skiing and team training continuing at some of the areas, such as on the Hintertux glacier in Austria yesterday.

Another half dozen Austrian glacier ski areas are scheduled to re-open for their 2017-18 ski seasons from mid-September, subject to conditions.  The Pitztal Glacier, one of those planning to open next month, is pictured top and below this month. 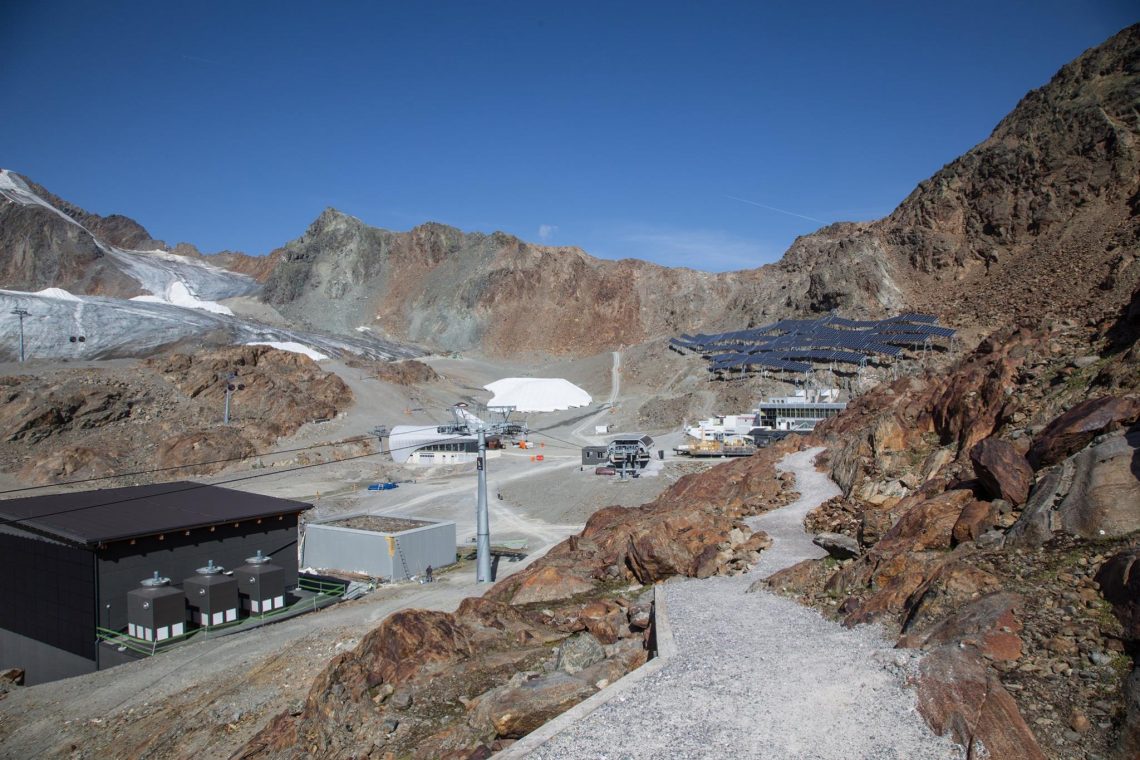