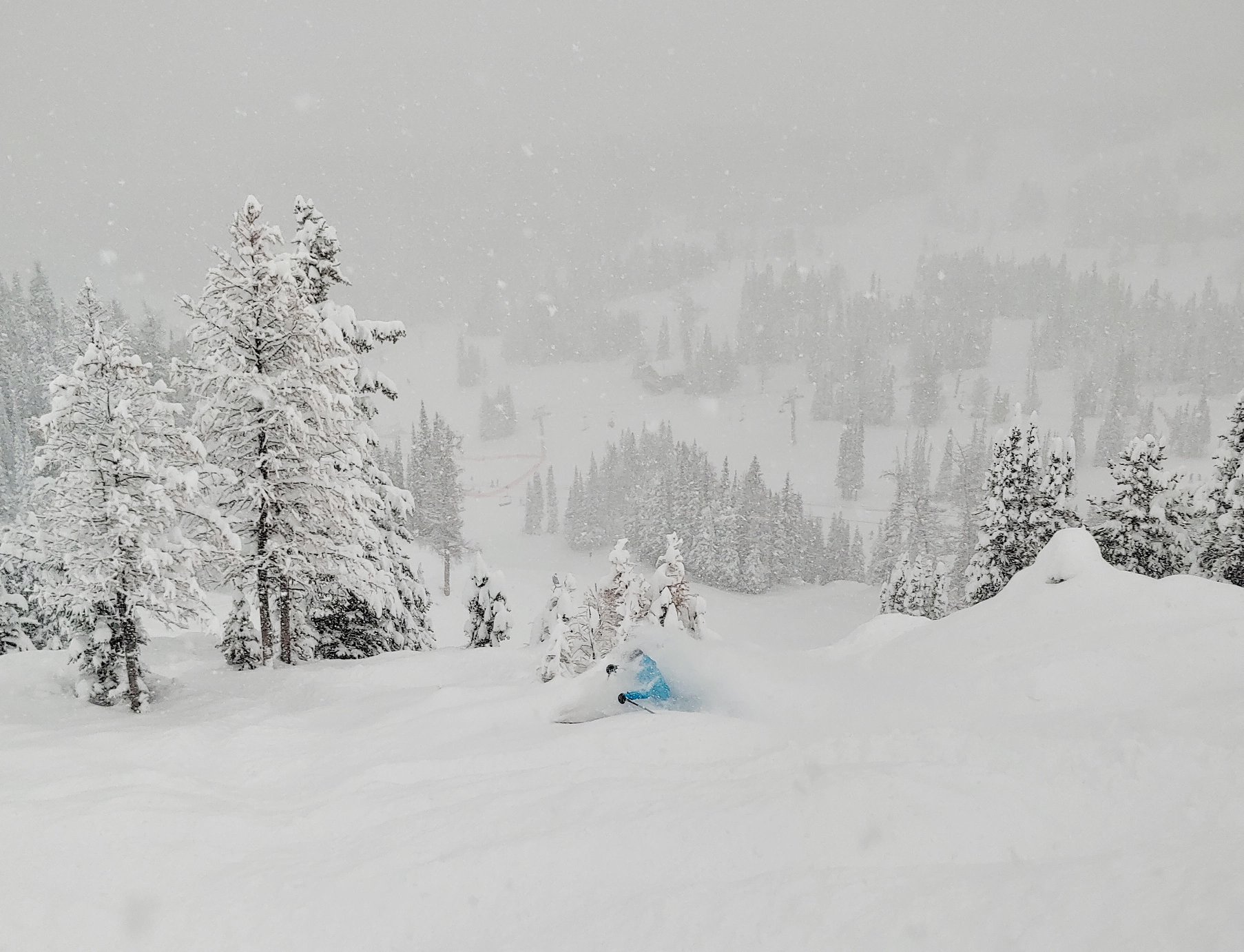 There have been some huge snowfalls in north-western North America in the past few days.

In Canada ski resorts in Alberta and BC have posted big snowfall totals, the heaviest along the border between the two provinces, south of the US border the biggest dumps have been in Washington State and further south in California.

Sunshine ski area at Banff (pictured above yesterday) has posted the biggest totals with Panorama just over the BC border not far behind on 41 inches (103cm) – most of which has fallen in the past 48 hours.

“100cm in seven days! It’s been a week to remember,” said a Panorama spokesperson, adding, “With the storm now easing off, we have extra staff on hand and are pushing hard to get terrain off the summit open as soon as possible.”

Prior to this week ski areas in Alberta and central and eastern BC, as well as down in California, were already having a generally good season for snowfall, but resorts in Washington state and Canada’s Pacific coast in BC were suffering warm and wet conditions. Things have improved a lot here although Whistler Blackcomb was still reporting the freezing point as sometime halfway up their slopes, well above the base.

In Washington state though, home to Mr Baker, which on average and in terms of all time records is the snowiest ski resort on earth, the improvement has been more dramatic.

More heavy snow is forecast for western North America over the next few days.