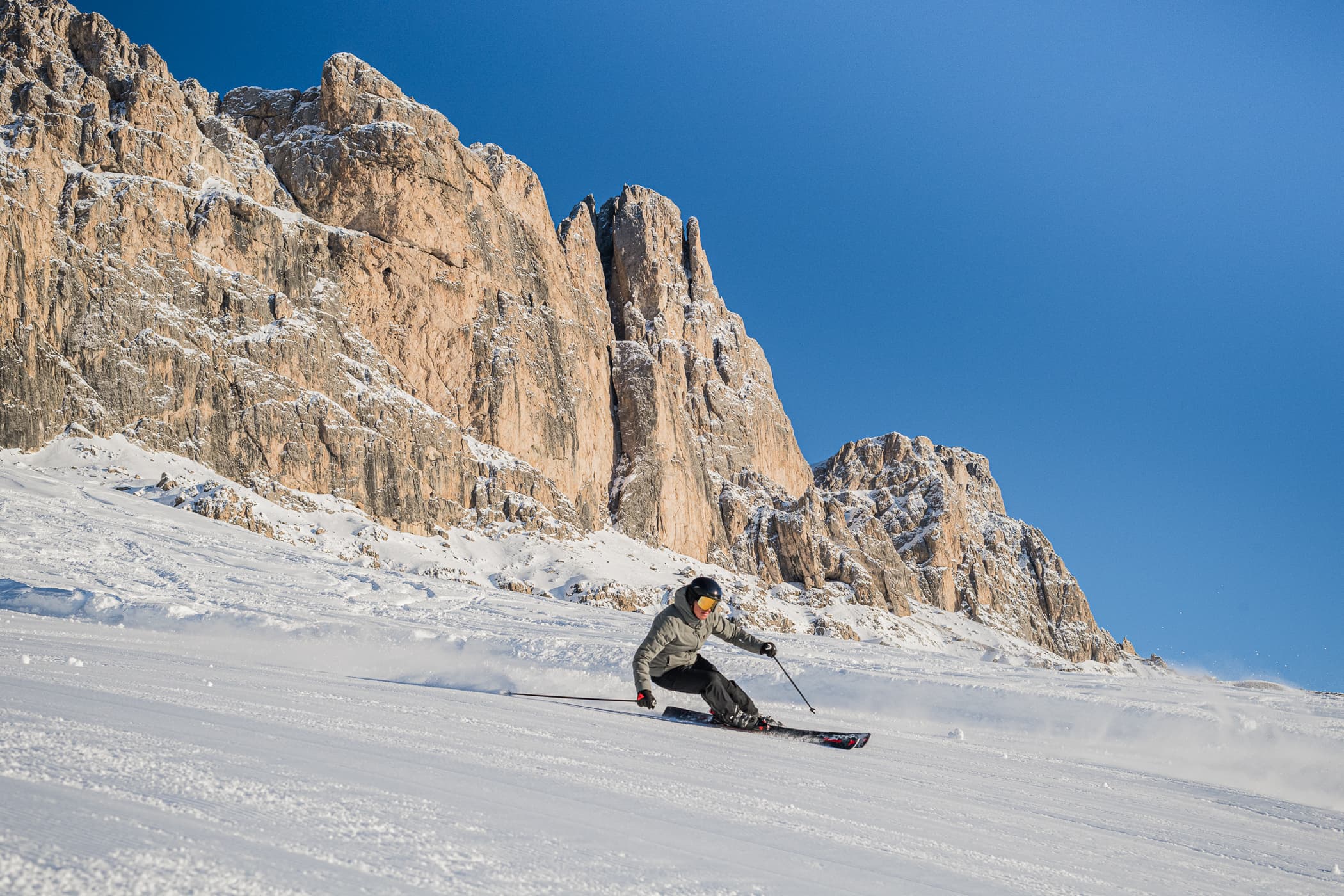 The 49th ski season in the Dolomiti Superski region has got underway with the opening of lifts and slopes in the ski resorts of Kronplatz, 3 Cime Dolomites, Val di Fiemme and Obereggen  on Saturday, 26th November.

In total, 25 lifts and up to 60 km of slopes will be open. All the remaining ski resorts will kick-off their winter season a week later, on 3rd December 2022, Sellaronda included.

“The weather conditions of the past few days have been ideal for snowmaking while the fresh snowfall with up to 25 cm (10”) of fresh snow has wrapped the Dolomites in a white dress – just in time for the season opener,” said Andy Varallo, Chairman of Dolomiti Superski, who added, “The cold window, which allowed us to prepare the ski slopes for the start of the season, arrived just in time in mid-November.  Our ski resorts, which traditionally open on the last Saturday in November, were thus able to keep their promise to customers. And that gives us an additional motivation boost to start the new winter season.”

Most of the terrain open this weekend is at Kronplatz (33km of slopes) and Val di Fiemme (20km of slopes) with a few kilometres at each of the other early-opening centres.

Dolomiti Superski resorts have invest 65 million Euros in lift and in improvements over the summer, with three new chairlifts.

The ski lifts Doris at Haunold near San Candido and the skilift Dorflift  in Castelrotto were also renewed.

A new gondola lift to the Plose is still under construction and will not be put into operation until next year, while the “Tiers-Carezza” cabrio cable car will go back into operation after an interruption of several months.

In addition, numerous snowmaking systems have been renewed and expanded to make the most of the cold windows by using the latest technology for the optimal use of resources.