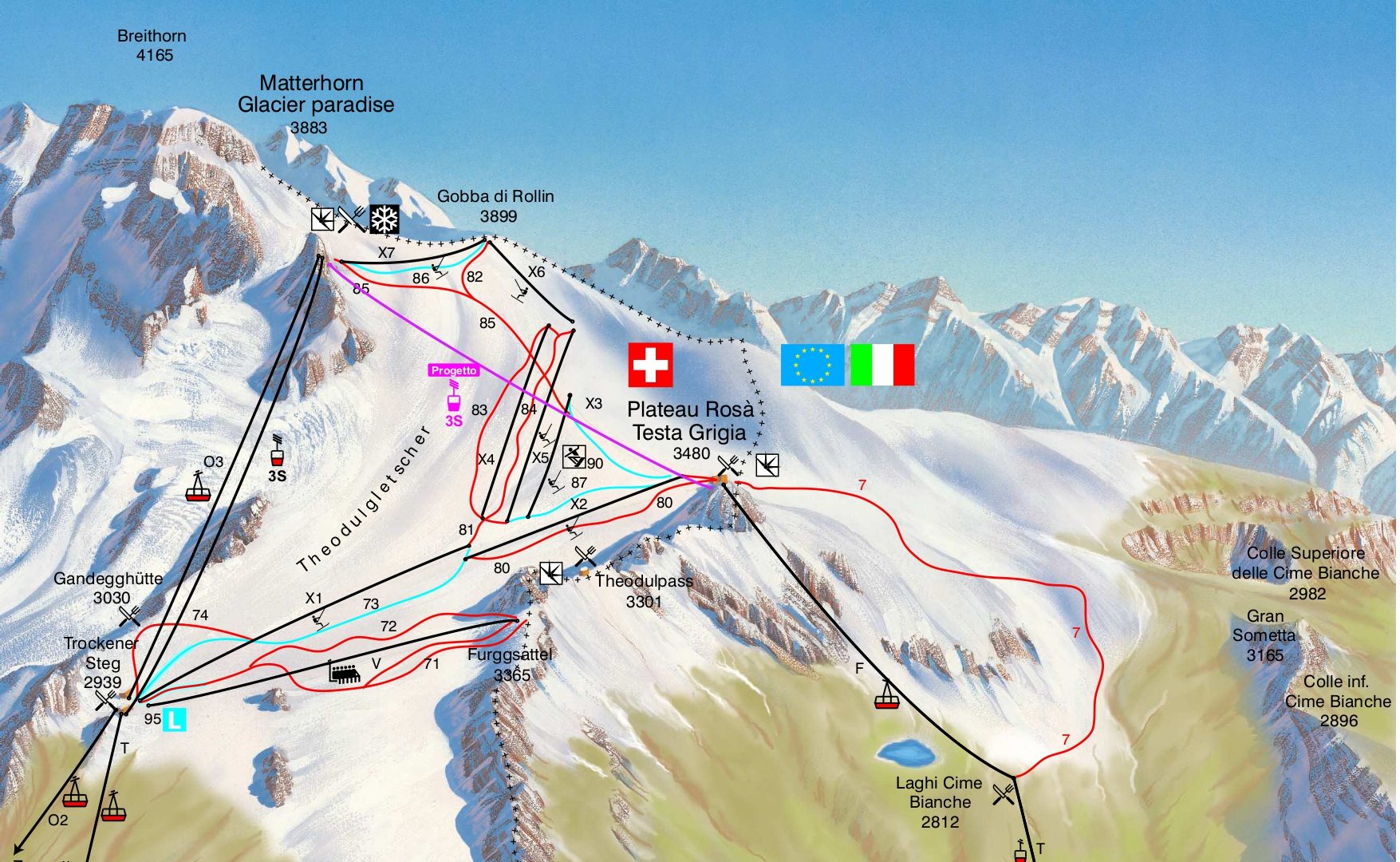 Cervinia is due to open for summer skiing this Saturday, June 25th, taking the number of ski areas open in Europe back up to 10.

Much of the ski area that will be accessed from Cervinia is open already, as it is the same area accessed from Zermatt on the Swiss side of the Matterhorn year-round.  However, if open, summer  skiing on the Italian side does descend down one run to Laghi Cime Bianche at 2,840m.

This is where the new World Cup Downhill race course will host races in the last weekend of October and first weekend of November this autumn.

Skier days were 867,000 but it’s unclear whether that was also a record.

The ‘unexpected’ part of the record turnover was down to the uncertainty as to whether the lifts would be allow to keep operating through the pandemic-hit 21-22 winter. In the first year of the pandemic Cervinia opened in October 2020 with full safety measures in place but became the centre of a media story about a lack of social distancing with photos of crowds and queues and the resort, along with the rest of Italy’s ski industry, was shut down for the main season.

“More than six months ago Cervino S.p.A. inaugurated the winter season in the Alps in a climate of uncertainty and having to face an extremely complicated situation; now we find ourselves commenting on the end of the season having achieved a record result,” said the lift company’s President and CEO Herbert Tovagliari, who added,

“Targeted and punctual actions, a lot of professionalism and the commitment of the whole Company have made it possible to reach goals that at the beginning of the winter we would have considered unattainable.”