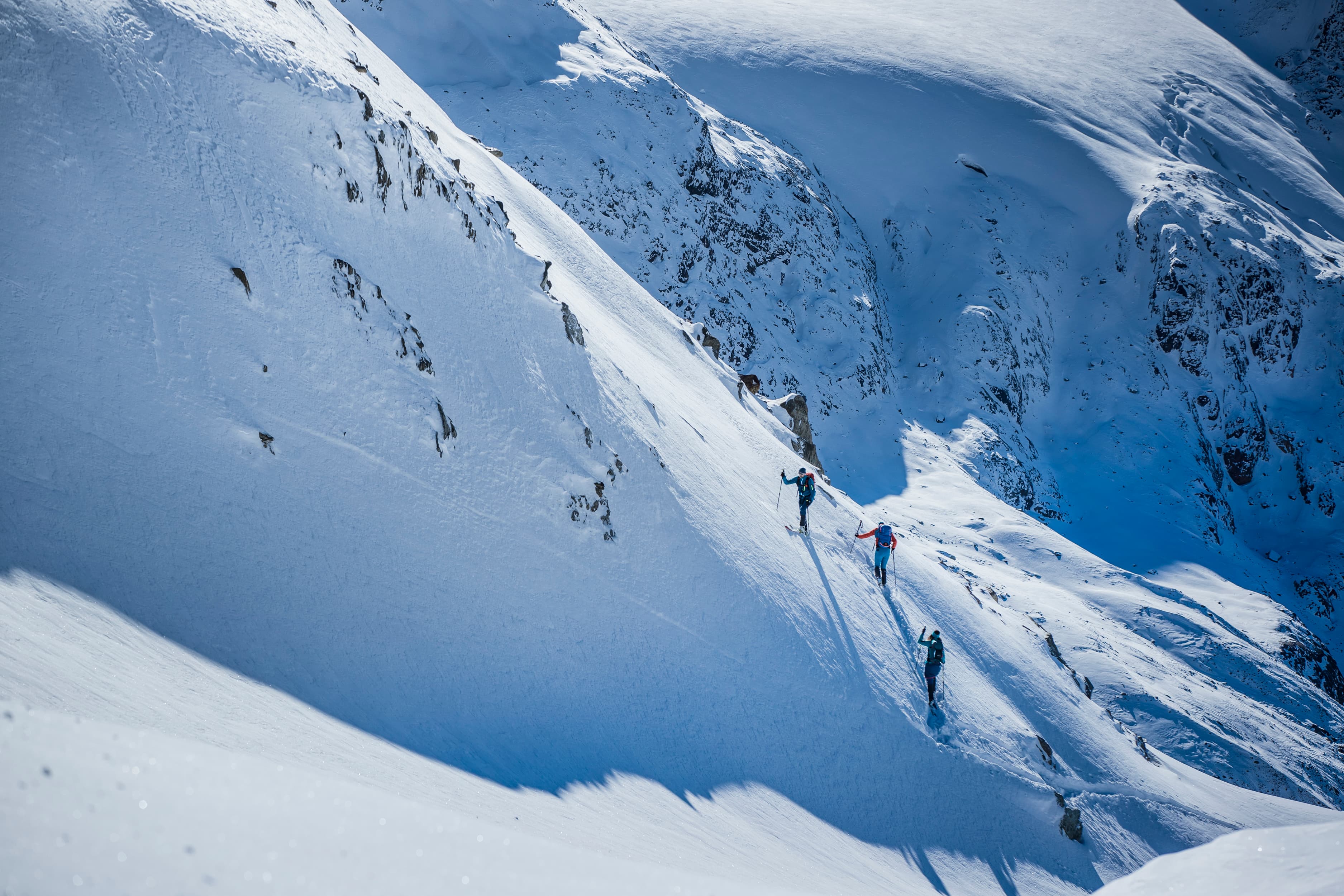 One unexpected consequence of closing ski areas during the pandemic has been people heading out on to the slopes of closed ski areas, skinning up to ski down empty slopes normally accessed by lifts.

This led to concerns of injury in the Alps during the first lockdown in the spring when ski patrol staff weren’t working or were involved in work associated with the pandemic. In the Andes from June to September there were concerns of tourers on slopes with high avalanche danger when resort staff who would normally make the slopes safe weren’t working.

Commenting on the fact that ski lifts are due to be closed, but resorts themselves open in France over Christmas and New Year Henry Schniewind of Henry’s Avalanche Tours (HAT) who is based in the French Alps said:

“It does look like people will be allowed to go touring even if the lifts are shut. As of now, none of the slopes will be ‘closed’ per se unless the government places restrictions on activities that, if (a) an injury happened, it would add extra-avoidable stress on the maxed-out hospital staff and beds – this over capacity is a big danger for the region as a whole. And a danger for the individual who, once they finally get to the hospital in the case of an accident, may not get the vital treatment needed – which could easily turn a routine serious injury into a fatal one.”

“This lack of capacity is the main reason the resorts in France are closed in the first place. IF there are no restrictions on people touring (which looks likely), there will be no guarantee of local rescue services in the mountains. There will also be no avalanche control by local authorities or ‘normal’ skier compaction of slopes (skier compaction is the packing down of snow by 1000’s of skiers on popular off-piste routes and has a huge stabilising effect on the snowpack),” Henry (pictured below skiing Val d’Isere) continued.

“So ‘expert intuition’ and judging things by ‘gut feeling’ will be even more dangerous than usual because everything will be more unstable than usual in around the ski area. Slopes that are usually fairly untouched away from the ski area will be the same as they always are,” Henry added, concluding,

“As a result, my advice is for people is to be extra vigilant if they are going to go ski touring; this means basing all decisions on fact and evidence (i.e. not letting oneself get distracted by ‘gut feelings’ and what other people are up to). The HAT Accident reduction framework helps to achieve this goal and if applied, is much safer than just charging out onto the hill. There’s a downloadable version of it here.”

HAT has launched a new series of Podcasts called ‘Safety is Freedom’, the second instalment of which will feature legendary extreme skier and ski movie star, Dan Egan.

Dan has appeared in fourteen Warren Miller Films and is known for skiing the most remote regions of the world. Powder Magazine named him one of the most influential skiers of our time and as a journalist, he has covered three Olympics and is a highly sought out motivational speaker.

Dan will share his framework for managing risk and how he assess and works with his clients to keep the group safe and ensure they have a great time.

Chris Radford, from HAT, who will be conducting the interviews, said:

“Safety is Freedom defines an attitude and an approach to risk management. We have talked about this at Henry’s Avalanche Talk ever since we started. Now we are launching these webinars to explore the subject of risk management and decision making through the experiences of successful people in adventure sports, business, finance, medicine, military, aviation and healthcare”.

“Safety and Freedom can be seen as opposites, but is that right? We have seen that it is by knowing that we are basing decisions on fact and evidence, for example, that we can be free to enjoy our adventure sport, to succeed in business, to invest for growth, succeed in a mission and to provide medical care. Dr. Atul Gawande, the lead author of the World Health Organisation’s (WHO) Surgical Safety Checklist, says: ‘Discipline makes daring possible’, and we need to pay attention to that,” said Henry.

The Podcast is available in all the usual places including Apple, Google and Spotify, just search for ‘Safety is Freedom’ or ‘Henry’s Avalanche Talk’.