There appears to be growing anger amongst Alpine communities, particularly in France and Italy, at their governments’ closure of ski slopes through Christmas and New Year.

The ski workers argue that the closures are an easy way for politicians to appear to take strong measures, but aren’t really needed, aren’t fair, and will do more damage to health and well-being than good.

Among the complaints are that the closure of ski lifts is unfair when crowded public transport continues in cities. Resorts also say promised compensation is inadequate as many won’t quality for it and its too little for most that do.

“The closure of the ski lifts which aims to ban skiing is an injustice within the public transport service of people with public transport authorized in the city, including the metro, bus, tram,” said Christophe Aubert, mayor of 2 Alpes, “It’s also an injustice between sectors with restaurants and bars that receive support, and other businesses that do not benefit because they are open. Injustice between the territories, with the shops of the resorts which are open without customers, because there are no skiers.”

Whilst politicians base decisions on the virus spread during apres ski in the Alps last winter before the impact of the virus was truly known, resorts point out they have been working for eight months to work out safe operating procedures in the pandemic, many running lifts through the summer and autumn up to the second lockdown with no cases reported. Apres ski was cancelled anyway and most areas do not have the kind of hedonistic apres ski scenes associated with the virus spread even in normal times in any case.

It’s a similar picture over the border in Italy where ski site NeveItalia reports that the regional government for the Aosta Valley, home to several of the country’s leading resorts, have just passed a low saying ski resorts can open with pandemic prevention measures in place. However it’s thought they will be overruled by the Italian government.

In other developments Austria has announced its ski areas can open for Christmas but only for people staying locally with hotels closed and lifts operating at 50% capacity. This appears to be the reverse of France where hotels are able to open but ski lifts must close.  The French government has also announced the re-introduction of border checks with Switzerland to ensure French skiers do not pop over the border to ski at the still-open ski areas there. 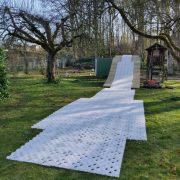 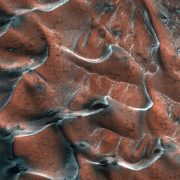