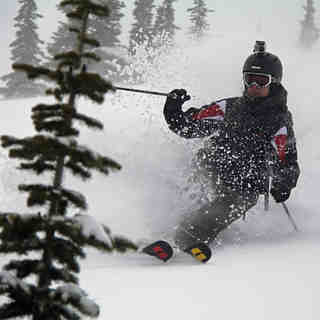 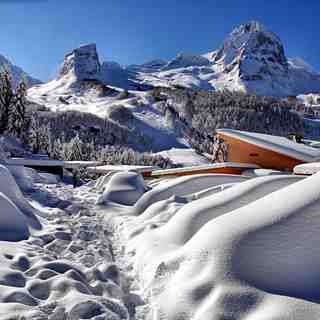 Welcome to the latest roundup of worldwide snow conditions and weather prospects for the week ahead from www.snow-forecast.com.

This week's editorial is sponsored by Iglu Ski. For extra details about current snow conditions, see the latest summary of conditions from Skiclub of GB, updated twice each week during the ski season.

Coronet Peak Webcam" hspace=5 src="http://www.snow-forecast.com/coronet_cam.jpg" width=384 align=left vspace=5 border=0>Ever wondered why your lift ticket costs so much? That was certainly the subject of a heated debate in Australia and New Zealand this week when a report showed that a day pass at many of their modest sized resorts were now the most expensive in the world - even more expensive than Whistler or the mighty Three Valleys. Part of the answer is to do with the changing climate.

Despite the threat of global warming, and also because of it, people continue to invest heavily in skiing infrastructure - especially in resorts where snow conditions are often marginal. This week we learned that a Dutch firm is reportedly planning to invest 40 million Euros in the leading Czech ski resort of Pec Pod Snezkou. Middle Europe Investments apparently wants to upgrade facilities in the northern Bohemian ski town. Meanwhile, The Belleville Valley, one of the French Three Valleys (the world's largest lift-linked ski area), has announced new snowmaking installations being added this summer above the resorts of St Martin de Belleville and Les Menuires at a cost of 850,000 Euros.

Having already invested heavily, Coronet Peak in New Zealand (see above webcam shot from today) now prides itself in having some of the most sophisticated snow making in the world but that did not save the staff from taking a forced unpaid vacation last week when warm weather kept the canons switched off as the base melted away. Australian resorts have also traditionally had to work hard against nature to deliver good snow conditions. Yet despite all the investment, two weeks after the grand opening weekend there is very little skiing on offer. Snowmaking can solve the problems caused by lack of snow but can't mitigate against warm weather. It is still very early in the season and we are sure things will soon improve on both sides of the Tasman but it provides food for thought - if the ski season gets shorter at resorts that have invested in snowmaking, how much will they have to charge to stay in business?

Snow fell on the glaciers at the start of the week and as forecast this has given way to warmer weather and skiing on the glaciers has become heavy. Stubai, Hintertux and the Dachstein glaciers were again the best places to be in Europe for fresh tracks. Snow also fell on The Kitzsteinhorn glacier at Kaprun but it was closed in preparation for the summer ski season which starts on Saturday. The Molltal glacier reopens for its summer ski season tomorrow. Les Deux Alpes is now open for summer skiing until 30th August 2008. Seventeen lifts are open providing access to four green runs, four blue runs and two red runs - that's vastly more open terrain than you will find anywhere in Australasia right now.

The European pressure pattern continues to show a trend towards low pressure over NW Europe but this is primarily affecting Britain and countries bordering the North Sea. Northern parts of the Alps are most vulnerable to bands of rain and snow while this pattern persists. For sunny weather, the glaciers of Italy are the safest bet.

Last weeks' tentative forecast of localised easterly snow for NZ did not deliver much. We stressed that it was a long shot and that several few things needed to fall into place. In the event it was a close thing with heavy rain for the ranges of the North Island that would have brought snow to the top of the South if the depression had tracked a little further south or deepened a little more. The return to fine weather went to plan. Fog at airports has been a problem for travelers especially at Wellington and although there have been valley frosts, a temperature inversion has kept it quite mild on the mountains at night.

We sympathize with the owners of Coronet Peak. After investing in some of the best snowmaking equipment in the world they confidently expected the early opening day of the season to be a triumph. A mild norwester the day before brought heavy rain to the lower slopes and stripped away a fair portion of the 40cm base that had accumulated in the run-up. Weeks of regular snow falls and perfect snowmaking conditions were undone in a few hours. Fresh snow from a southerly soon got them back on track the very next day and a week of great skiing was the result. Things took another turn for the worse when warm NW winds brought temperatures of more than 10C to the slopes. This was in remarkable contrast to the same time a year ago when parts of Otago endured temperatures of minus 20C and a frost that went on for weeks. With their state-of-the-art snowmaking equipment the cold and clear conditions of last June would have suited Coronet Peak perfectly if there had been a repeat, but instead it simply became far too warm for snowmaking.

Things got so poor on the slopes that the manager had to lay off more than a hundred staff and close the resort. Yet another mild NW wind will visit on Saturday. However, the good news is that we confidently predict that everyone will be back at work very soon. Sunday heralds a change in the weather with winds switching to a disturbed SW quarter. Beyond Sunday, the week looks pretty unsettled for all of New Zealand with a string of fronts and weather systems lining up in the Tasman. We expect a lot of snow, especially on the east side of New Zealand and certainly at Ruapehu where skiing is very limited at present. The wind alternates between West and South so there will be large variations in the freezing level and when that wind comes down from the mountains it may turn briefly mild on the leeward side of the Southern Alps, but mostly we expect it to be cold enough for the snow canons to run. At Ruahpehu, snow starts falling on the upper mountain at the weekend and there should be a notably heavy fall mid-week to low levels. Overall this is exactly what we need to jump-start the Kiwi ski season. The price we will pay for plentiful new snow next week will be high winds at times.

At Mt Hutt and Mt Lyford the pre-season snowfalls we heavier than elsewhere and the mild norwesters less damaging which means that they have just enjoyed a great week of sunny skiing on good bases for the time of year. At Mount Hutt Highway 72, Broadway, Morning Glory and Hubers are in great shape thanks to overnight grooming. Highway 72 is a patrolled slow skiing area, so ski with care. The New Zealand Alpine National Team is currently training at Mt Hutt. The Remarkables (10/20cm) is expected to open for the winter season on 21st June 2008. My Lyford is currently the only open resort in New Zealand covered by the excellent value Chill pass.

The forecast for Australia that we issued a week ago turned out to be pretty accurate. There was never any doubt that a cold front would bring a band of light snow, first to the Victorian Alps and then to the Snowy Mountains last Friday.Enough snow fell for Buller and Selwyn Snowfields to open. We were sure it would then turn mild again but were much less confident about where the next snow would come from. We speculated that low pressure approaching from the north would draw moist easterlies off the Tasman at the end of the week. This is exactly what happened and snow is currently falling (Thursday night).

Unfortunately, it turned so mild ahead of this low that the resulting snow loss meant that Mount Buller has had to close again. The present weather pattern won't last long before the next cold front off the Southern Ocean sweeps thundery showers across the Victorian Alps, with snow on the tops. This will introduce cooler air with just a few scattered snow showers over the weekend, mainly on southern and eastern slopes. High pressure will then build from the west to give fine and milder conditions until midweek and again the snow-depth, typically 0 -10cm at present, will not yet be deep enough to remain intact. A rising wind from the interior in the middle of the week heralds the next front off the Great Australian Bight and the promise of more snow. At this stage the northern extent of precipitation is in doubt so we will update the site-wide warning once it becomes clearer as it approaches Bass Strait.

La Nina continues to bring precipitation to the Pacific NW. As we head into summer this increasingly means rain rather than snow, even on the glacier at Whistler. Timberline still has the best of conditions because of its remarkable 6m base.

The Three Valleys resorts in Chile continue to enjoy superb conditions and enough snow has fallen to open the links between the resorts. Wintry weather has caused some lifts to close mid-week, but the new snow and forecast of a sunny weekend means that this is the place to be right now. In Argentina, Cerro Catedral and Chapelco are both scheduled to open on Friday 20th June. Dustings of snow fell at both resorts on Monday and more is expected on today to top up the pistes before the grand opening weekend. Las Lenas (120/150cm) continues to offer excellent conditions after a dusting of snow on Wednesday. Heavy snow is expected later on Thursday which will provide powder conditions for the weekend ahead.

We don't often mention that there is another possibility for skiing at this time of year. Tiffindell in South Africa currently has better snow conditions than anywhere in Australia and most places in New Zealand! We have heard rave reviews that the new owners have worked wonders this season both on and off the slopes. Most people seem happy to head there just for the great atmosphere, a pub at 3000m and fine dining, but just in case you are heading there to ski this weekend, if only to get away from the torrential storms, expect further snow showers with freezing levels about the tops slowly rising to 4000m by day in the middle of the week. Check out our Tiffindell pages here.

Finally, thanks to everyone who has kindly offered their support as translators of our forthcoming multilingual site and also some of the stunning photographs that have been submitted for our calendar - please keep these coming!