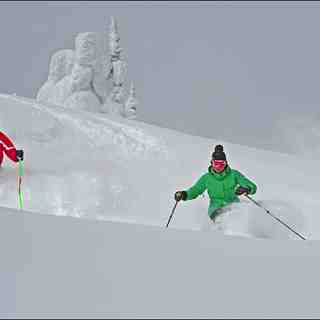 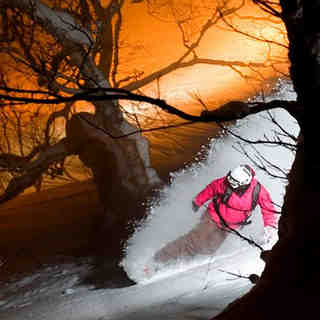 Welcome to the another roundup of worldwide snow conditions with weather prospects for the week ahead from www.snow-forecast.com in association with Iglu Ski. For extra details about current snow conditions, see the latest summary of conditions from Skiclub of GB, updated twice each week during the ski season.

With pressure now falling over the south of Norway. the arctic airmass that we mentioned last time will affect Britain this weekend. Whereas we figured on it plunging southeast into the central and eastern Alps, it now looks like it will dive south into France instead, stalling about the Pyrenees. That's good news for Scotland and the Pyrenees, Massif Central and Jura. For the Alps it means it will be a little milder than we expected but even so, wonderful skiing with fresh falls, and great conditions if you aim high. For example, consider Les Deux Alpes during the final few weeks of the season where they have some of the best conditions in Europe and having Europe's largest skiable glacier means that temperatures will not be a problem. We highlight it because this area should see the heaviest Alpine snowfall mid-week, but also quite high freezing levels. Accommodation is still available at Titan Lodge for large or small groups from 6 April until the end of the season on 26 April. Titan Lodge offers good value half board accommodation in a spacious and very comfortable chalet right in the heart of town near the main lifts. Contact info@titansnow.co.uk for more information and to check availability or check out the website. Another good option is St Anton, where great end of season condition have allowed Inghams to extend their Ski Season and offer price cuts of more than 60%.

In North America, there have been further heavy snowfalls, heavy enough to block the road to Vail on Monday. A weekend storm brought double-digit accumulations of unusually light snow to Whitefish Mountain Resort in Montana, bringing their total snowfall for the 2007-2008 season to 421" (approximately 11.5 metres) more than their previous record of 406", set during the 1996-1997 season. Saturday saw 10 inches (10cm) of fresh snow and continuing inch-per-hour snowfall and wind variations meant that many found snow as much as chest deep by the end of the day. "I had to stop at one point, because I just couldn't breathe," said Kristi Hanchett, recruiting manager at the resort. "I couldn't keep the snow from filling my mouth up." The storm brought cold temperatures that produced snow that was unseasonably light and fluffy for this time of year. The resort is offering lift tickets to all guests for $29 per day until the end of the season, the Sunday April 6th. "It's our way of saying thanks to all our guests for a great season".

The southern winter season is not very far away. The combination of tropical air meeting an icy southerly led to severe storms in Victoria with winds gusting over 130km/h. After the cold front, temperatures briefly dipped low enough for snow to below 1500m at the ski areas here and in New South Wales too. 5-10cm of fresh snow settled above 1600m at Perisher Blue. Meanwhile, across the Tasman, New Zealand has seen two brief cold snaps with snow at Mt Hutt, but these are mere blips in the context of the best summer for decades. As pressure build again, yet more fine weather is forecast making the drought problems in places like Waikato worse. The big question for these areas hinges on whether the present moderate La Nina prevails into winter. If it does, that will tend to favour Australian resorts. In neutral conditions, New Zealand tends to to better by virtue of being at a more southerly latitude and having higher mountains and if an El Nino develops, regular snowy southerlies across New Zealand make the advantage even greater still. We can pretty much rule out a strong El Nino developing in time so the question is one of whether this La Nina continues. Computer models are roughly divided with 60% favoring the El Nino pattern to continue beyond autumn and 40% indicating that it will die out once winter arrives, and with no prospect of a sudden outbreak of El Nino, this is a much better forecast for Australia than New Zealand so any Australians crossing the ditch will be pleased to hear that major South Island resorts have been investing heavily in snowmaking equipment of late that will serve them well is drier La Nina conditions persist. I'll discuss prospects for The Andes in a later update.

In a good year, April can be the best month for Alpine winter sport. By now the crowds have gone, the days are longer and the snow bases on the upper slopes and glaciers are approaching their maximum. The extra ingredients that are needed to make April perfect are a good base at low elevations together with low temperatures and regular snowfalls. This year should provide the best spring conditions for a very long time and since it follows a bumper winter that offered locals every opportunity to enjoy the slopes, this April is set to be quieter than usual. This is in marked contrast with last season where many people waited until late to get good snow, and because not everywhere saw that snow, those that did were crowded. Last week again provided bumper snowfalls across the Alps with many resorts, especially in Germany and Austria seeing more than 50cm of fresh snow. Italy and France have not missed and snow depths in the Grand Massif are currently reported at over 4m deep on upper slopes. This is an impressive total for so late in the ski season and at a modest altitude area. Regular bands of weather approaching the Alps from the northwest is the reason this part of the Alps and the nearby Jura have seen so much snow since March began. Plenty more snow in this forecast for all Alpine areas, but stay above 2000m for the very best conditions. Often mild enough for rain on the Jura and Massif Central where conditions probably peaked a couple of weeks ago.

For Bulgaria we promised snowfall from Thursday 3rd as colder winds arrive.The snow duly arrived and should continue right through the weekend to give good conditions on the upper slopes at least. Make the most of it because by the end of next week temperatures will climb rapidly and by late week it will feel more like summer than spring as resort temperatures nudge 20 degrees C.

Following a snowy start to the week typical spring weather has returned to Andorra where it is pleasantly warm and sunny at the end of the week. The cold polar blast may just about reach the Pyrenees on the weekend and any influence will be subtle and fleeting. Some light snowfalls at the start of next week before fine spring weather returns.

Scandinavia is different to the Alps because peak season here is almost always in April or May because the days are so short in winter. Indeed, for some far northern resorts, skiing does not commence until spring. A very welcome mix of cold weather with alternating sunny and snowy days for most resorts in Norway and Sweden.

It has been mild in Scotland but that is about to change as an icy northerly digs into the British Isles. Freezing levels will quickly drop by more than 2000m. Snow here and across other areas of Britain, perhaps even as far south as the Devon moors. Unlike other snowfalls in 2008 so far, this one should not be accompanied by especially high winds which is obviously great news for skiers who want to explore outside the snow fences. Generally snowy through the weekend. In terms of magnitude, Tuesday looks like the most snowy day for Scottish resorts and at other mountain areas of the British Isles, but a touch too mild by then for much snow at lower elevations. Just a hint of milder weather returning to the Highlands next weekend but not before another week of excellent conditions.

Britsh Columbia and the NW of the US continues to benefit from the relentless La Nina storm cycle - yet another cold and snowy week here and also across the border in Wyoming and Montana. Further south, the mild weather we expected in Colorado this weekend does not look like it will materialise and it now looks as if winter conditions will persist for another week here too. Spring remains on hold in all these areas. New England can expect one more weekend of good snow conditions and a fine start to the new week before very mild condition accompanied by southwest gales melt the snowcover on Friday. There is a hint of a return to cold weather next weekend, but it's probably too late in the season to expect much more from Appalachian resorts. Lake Tahoe resorts are already experiencing freeze-thaw conditions, but around the middle of next week, higher temperatures will make it so warm that there will be little if any freezing at night.

Finally, for those who can't get to the real thing, or else find frequent winter holidays objectionable on environmental grounds, an update on three indoor snow facilities. First, we hear that construction work has commenced on Britain's sixth indoor snow centre at Hemel Hempstead in Hertfordshire, southern England. The centre, due to open in a year's time in April 2009, will be one of two to open next year. With the opening of Wycombe Snowdome, scheduled to open in Autumn 2009, the UK will equal the Netherlands in second place behind Japan for the number of indoor snow centres. The new facility will see the established 160m artificial surface slope, which first opened 30 years ago in 1978, converted to an indoor snow slope at a cost of £23 million (UK) with an additional 100 m nursery slope added. There will be three surface lifts and the slope will offer a variety of gradients for all ability levels. Impressive? Not really. There are already plans for an indoor slope that is wider than these two are long and more than twelve times longer. The Czech company 'Vitkovice' has announced an initial proposal to build the world's longest indoor ski slope at Abu Dhabi in the United Arab Emirates. At 2km long it would be more than three times longer than the current longest indoor slopes in the world in Holland and Germany (both around 550m) , and four times longer than the 400m slope of Ski Dubai. The proposed slope, which, at 200m wide, would be double the width of the current widest indoor slopes in the world, was announced during the visit of the Czech Prime Minister Mirek Topolanek to Abu Dhabi last week. The ski slope would be built on an existing hill in the desert and incorporate hotels, restaurants and golf courses. It seems ironic that a country that vast profits from oil, which causes global warming, which threatens lower ski resorts everywhere, are being used to build an indoor ski resort in the desert.