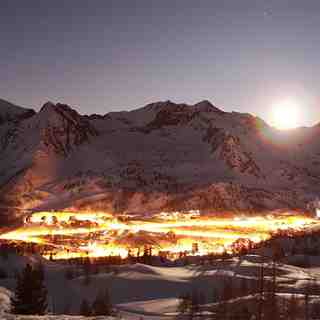 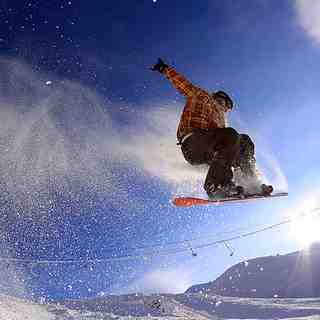 Welcome to the latest roundup of worldwide snow conditions, together with weather prospects for the week ahead from www.snow-forecast.com in association with Iglu Ski. For extra details about current snow conditions, see the latest summary of conditions from Skiclub, updated twice each week. We previously indicated that our editorials for the northern 07/08 ski season would only run until the end of March with a two month break before Southern Hemisphere editorials begin. Following the recent return to winter conditions in the European Alps, we will carry on for a few more weeks, focusing mainly on Europe. Before Christmas, the remarkably late season at Broken River in New Zealand, together with heavy autumn snow in Austria especially, meant that the Southern Hemisphere season ran into the northern one without a gap. Since it is only eight weeks until resorts in South America and New Zealand traditionally open for winter, and already a month since the first widespread snow of autumn down under, there seems to be every chance that there will be another gap-less transition from the end of the ski season in one hemisphere to the start of a new season in the other. Even if warm weather suddenly arrives in Europe and brings the season to an abrupt halt, Whistler Blackcomb in Canada plans to keep its winter slopes open until June 8th anyway (then switching to glacier skiing). Nothing in either the recent or predicted weather patterns indicates that they will have any problems. Indeed, their 265 cm snow base should carry on getting deeper for several more weeks before it even begins to diminish.

As we first suggested two weeks ago, Easter ski conditions across the resorts of western Europe, from Scotland to the Pyrenees to the Alps were back to being as good or even better than they have been all season – a remarkable late-season turnaround considering the mild and sunny days of February. As pressure built in the northeast Atlantic and fell over Scandinavia, a near constant stream of increasingly cold and snowy northerlies have delivered perfect ski conditions to the vast majority of ski resorts – even to lower elevation places in the Alps where spring flowers were already in bloom on sunny grassy hillsides. A cold snap in late March and early April is very typical in Britain and western Europe but the severity and extent of this one was notable. For example, over the past few days we have seen over 1.5 m of snow fall in the Western Pyrenees and only slightly lesser quantities in lesser mountain ranges. The snow was accompanied by daytime summit temperatures of -10°C at only 1600 m across these two lesser French areas – more typical of mid-January than late March. Andorra and the far southern French Alps have missed most of the recent weather but a developing system should soon improve things here if not in the Sierra Nevada.

In North America, Whistler recorded more than a foot of snow on Easter Sunday and more since but at least next week should provide a few sunny days. Fernie has passed the 33 feet (10 metre) mark for the season, just behind Steamboat in Colorado which has set a snowfall record for there, passing the 37 feet (11.1 metre) mark last weekend. Of course these very impressive numbers are just the summations of all the snowfalls, and due to thinks like compaction, melting and evaporation, actual snow depths have never been more than a third of this. For really incredible actual accumulated snow depths, Timberline in Oregon will see the snow base reach 6 m over the next few days. Outside of the ski areas, the consequences of record snowfalls are very serious. Many low lying areas from the Midwest to Maine are presently sitting under record winter snow accumulations. Problems from flooding will begin when the spring thaw arrives, especially if this is accompanied by heavy rain. This seems likely. Areas most at risk from severe flooding include the Mississippi river basin, the Ohio river basin, the lower Missouri river basin. Hopefully there will be no repeat of the Great Floods of 1993. On a more positive note, Taos in New Mexico, one of four US resorts that still banned snowboarders, has opened its slopes to all after its final 'skier only' day, ahead of unrestricted opening from next winter on. Too late for this season's powder as it becomes very mild here next week.

Our forecast of a week ago was correct and the the Alps are currently enjoying superb snow conditions. Some snowfall totals over the holiday weekend period are worth a mention. Argentiere saw 106 cm, Tignes saw 75 cm and south-facing Crans Montana saw 141 cm. These are the kind of values that pretty much guarantee that there will be great skiing on offer well into April. For example, St Anton in Austria is open until April 27, Tignes in France until May 11 (although the glacier is open year-round for skiing), and Engelberg in Switzerland is open until May 25. Since the snow fell it has turned a little milder so the very best snow conditions are high up where there is untracked powder on offer – good snow lasts longer now that the winter crowds have gone and low visibility and difficult road conditions meant that Easter crowds were light. Austria, Italy and Germany also have exceptional snow conditions and the only area that really missed out was the far south of the French Alps. Your trusty editor took advantage of the unusual weather conditions to explore the Cantal slopes of the Massif Central at Le Lioran and also Monts Jura over the holiday weekend. Both of these offered exceptionally good riding between the trees on about 60 cm of fresh snow but it has since become warmer and low altitude snow is becoming heavy. Similar conditions in the Black Forest, Vosges and Harz mountain resorts, all of which have seen a lot of fresh snow.

Resorts in Bulgaria also saw welcome snow over Easter. This has since packed down. A fair weather week ahead with good Spring snow. A chance of more snowfall from Thursday as colder winds arrive.

The pressure pattern that caused all the snow has just about returned to a much more typical situation with high pressure over the Azores and low pressure near Iceland with western Europe seeing milder westerly winds for a few days. By Tuesday the anticyclone will have shifted east to be centered over the Bay of Biscay and this will bring a spell of settled weather to Iberia and the Alps. If the anticyclone then drifts north towards the British Isles, as forecast, we may well see a return of cold and snowy northerlies, initially to Austria and countries to the east but increasingly spreading westwards, and as far as the French Alps by next weekend. We do not expect this next spell of cold weather to be as severe as the last one, not least because ambient temperatures are climbing quickly at this time of year. Nevertheless, another wintry blast for the Alps looks highly likely.

As expected, once again this season Andorra saw less snow than a little further west. However, following the more unsettled weather of the past few weeks, conditions have become good for the time of year with a 1.5 m base at Arcalis. There should be moderate snow from a passing front on Sunday night before the weather settles down. Spring snow conditions next week due to much higher freezing levels.

Scandinavia has once again had a cold week with new snow at most resorts. Further snow with some rain low down ahead of an approaching Atlantic system this weekend. Strong southerly winds may cause lifts to close. This system will move away towards Svarlbard. Then becoming colder again as a second Atlantic weather system takes a different route and tracks across the south of region in the middle of the week with winds turning easterly as that depression moves over Poland. The days are lengthening and the snow is in good shape as we enter the optimum time of year to ski in Scandinavia.

Most Scottish resorts have at least a foot of snow at the base areas and almost a metre at the tops following several snowfalls over the past week. Friday sees blizzards across the Grampians – minus 4 on top of Cairngorm and the southeast wind is 80 km/h. This stormy weather is due to an approaching Atlantic system. Thankfully temperatures are mostly low enough for snow rather than rain to fall although lower slopes and the Lecht, where there is just 20 cm of snow, look vulnerable to a thaw. The slowly warming trend will continue over the next several days with the freezing level climbing above the tops of even the higher summits by Thursday before fine weather and northerlies return next weekend, probably with snow as they arrive. Eastern Scotland and the east of England are again threatened with cold and snowy winds off the North Sea from Friday.

Parts of NE USA experienced a winter storm on Thursday dumping a record amount of snow across a number of states. Davenport, Washington DC doubled its record of new snow in a 24 hour period where 3.4" fell causing road chaos and power failures. With similar conditions returning the National Weather Service has issued a number of warnings along the north east coastline, from Pennsylvania to southern Mainw which are expected to receive between 1 and 3 inches (2.5-7.5 cm) of snow over the course of today (Friday).

Most resorts in North America are still enjoying great snow conditions. It has turned colder again across Colorado and Utah, but Spring-like conditions prevail in California. Tahoe resorts should see a mix of snowy days and warm spring sunshine. The Appalachians look like they will see further heavy snowfall as well as two distinct mild spells this week, roughly on Monday and Friday. The transition to summer brings a threat of flooding as record snow depths begin to melt. Resorts in Canada, as well as Oregon (Timerbline has a 6 m base now) and Wyoming (for example, Jackson Hole saw 30 cm of fresh snow on Wednesday morning) are still subject to superb cold winter conditions but at least places in BC like Chilcotin have had a welcome break from snowfall to make fresh track in the metre or so of fresh snow that has fallen. More snowy and bitterly cold weather here over the next ten days, with a fair weather window from Monday until Thursday and just the hint of some warmer weather with freezing levels rising to almost 2000 m for a couple of days. Whistler has similar forecast – Tuesday and Wednesday look like they will provide perfect sunny skiing conditions for fresh tracks and Friday may even be mild enough for rain on the lower mountain but that does mean yet more heavy snow high up.