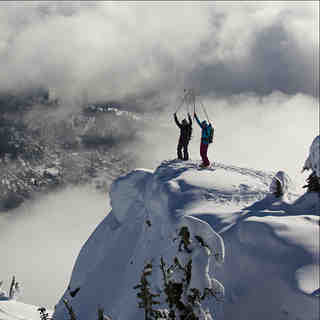 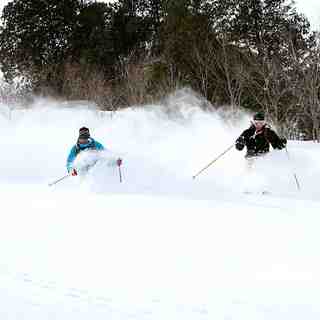 Welcome to the latest roundup of worldwide snow conditions for members, together with weather prospects for the week ahead from Snow-Forecasat.com. Check out our new blog section where you can browse our archive of editorials and other snow related editorials.

Hindcasts and ... 9 Day Forecasts ...
Last week we announced our new hindcast service for members and hope you found it as useful as we do for checking what weather has just passed and hence what the conditions are likely to be.

We are pleased to announce that the next major upgrade is just a few days away – 9 day forecasts for subscribers. We have been validating the usefulness of longer range forecasts for six months. Indeed, any longer range predictions in the last 30 weekly editorials have been based on these models. Lately, we have become increasingly confident that improvements to computer models (and computer hardware) means that longer range forecasts will prove generally useful. Just as important, we are now satisfied that we can now reliably support the extra computation required and still deliver timely updates every 6 hours. Of course, 9 day forecasts are much more speculative than 6 day ones. Nonetheless, as long as they are understood to provide just the outline of what to expect, they are much better than nothing. At the same time as we enable the 9 day forecasts for members, we will allow all users, including non-members, to freely access the 6 day forecasts.

Last weeks Alpine weather forecast was an accurate one – the weather was settled and decidedly springlike before a cold NW wind delivered much needed snow to parts of Switzerland, Austria and Germany on Wednesday. On average, 10 or 20 cm of snow fell at about 3000 m – just about deep enough to bury the slush and ice that had developed in previous days. Prior to the new snow, off-piste conditions were dire and the pistes were not much better. It was more like April than January. Significant fresh snow did not reach the French or Italian Alps. At least Italy escaped the early week high temperatures that caused a thaw at most resorts elsewhere. The good news is that much lower temperatures have allowed snow-making to resume across the Alps. In any case, the forecast is for much more general snow, especially on Friday night and again on Monday. The storm system responsible for Fridays snow is a very intense one, but it is located far to the north of the Alps over Norway. As a result, the heaviest snowfalls will affect places like the Vosges, Jura and Massif Central, Germany, as well as parts of the British Isles and of course Scandinavia. Northern parts of the Alps should see their heaviest snow on Friday night, but on Monday more southern resorts in France and Italy should be favored by the next system. Around mid to late week, an anticyclone once again looks like it will bring sunny days to the Alps. Do not be surprised if 2008 sees and early spring in western Europe.

So far this winter, Andorra and the Sierra Nevada in southern Spain have consistently underperformed – most other regions have had a better than average season so far. A persistent anticyclone over Iberia since August has repeatedly diverted the Atlantic weather elsewhere. That's been bad news for skiers and bad news for farmers too because a summer drought now seems inevitable. Less well known parts of Iberia have done better because weather fronts have at least clipped the edges of the region. Places like the Western Pyrenees and the Cantabrian Mountains have had a fairly average season. Last week provided more of the same weather – light dustings of snow refreshing thin pistes in Andorra. At least the mild temperatures have gone. Next week, yet more of the same in store – just dustings of snow in Andorra but Monday should again see significant snow on the Cantabrian resorts and this Atlantic weather may once again clip the western Pyrenees. Light snow on Saturday and gusty snow showers on Monday for the Sierra Nevada; otherwise sunny with freezing levels slowly climbing to about the summits by Wednesday.

Turning increasingly wintry in Scotland as arctic air digs in behind a passing Atlantic storm – the deepest of the winter so far in fact. By Friday afternoon, this system will be centered over southern Norway, delivering very heavy snow there and leaving all of the British Isles in a snowy northerly wind of an arctic origin. This will bring frequent snow showers driven by gales especially to exposed western areas. Heavy snow and strong winds on Thursday closed all resorts in Scotland apart from Lecht. The weather will become even more severe before it improves – expect road and lift closures on Friday and probably Saturday too. As mentioned, this wintry weather won't just affect the Scottish Highlands – a lot of Britain will see gales and snow and this will allow some back-country skiing between the tussocks on hills as far south as the Brecon Beacons of South Wales, the Kerry Mountains in Ireland and maybe even the moors of Devon. Make the most of it because even in mid-winter southern snowfalls are becoming few and far between in the British Isles. By Monday night, the snow on the hills of Ireland, England and Wales will begin to thaw.

Sweden has seen widespread snow over the past few days, but in Norway only Voss seems to have reported fresh snow. All of Scandinavia should see significant snow from the approaching Atlantic storm – heaviest in the southwest. Monday should provide pleasant weather cutting fresh tracks before the next Atlantic system approaches. That second depression will be much less intense and its more southerly track and easterly winds should direct light to moderate snowfalls to more easterly resorts, especially in Sweden.

In Bulgaria, Pamporovo has seen huge improvements in conditions following snow on Tuesday and again on Thursday – in total 30 centimeters of fresh snow has fallen. Elsewhere, snowfall was much more modest and off-piste conditions have not really improved. Bulgaria, like Greece, Romania and the Balkans, will not see very much new snow over the next week. Of these four regions, the Balkans will see the most fresh snow; this snow also affecting the Apennines of Italy.

As forecast, heavy snow fell across in Israel, Lebanon, Cyprus, Syria and even Jordan. Jerusalem awoke to a thick covering of snow on Thursday. 20 cm was sufficient to force schools to close which provided an unusual treat for the local kids. Without doubt, skiing at the nearby Lebanese resort of Faraya is some of the best in the region right now and probably good too at the lower elevation resort of Mount Hermon in Israel. Snowfall also closed roads in Amman (Jordan) and Damascus (Syria). We expect the weather to slowly become more settled in this area as we head into the weekend, but staying cold until Monday so expect perfect skiing conditions at the resorts for a couple of days at least.

Last week we mentioned that it would get cold in the Canadian Rockies. In fact it got so cold that some resorts had to close during the early week because of the risk of frostbite – temperatures got down to -45deg C at Fernie, Jasper and nearby resorts. The Banff area has seen about 30 cm of fresh snowfall this week, typically falling overnight (powder, of course) and Fernie now has more than 3 m of the stuff. Elsewhere, on Tuesday a Pacific storm delivered a wide belt of snow to the west, from Washington State in the north to Arizona in the South. This system then combined with another one that had tracked from Alaska and where they interacted over a meter of snow fell across Colorado. The north American weather chart continues to be conducive to snow. Right now we are watching a large Pacific system that is approaching the US Canada border. Once again, Whistler is in the firing line – expect a big snowfall once again this weekend. This low pressure system will occupy a large part of the lower 48 by Monday which means a period of snow for much of the Rockies, before it quickly moves away towards the Great Lakes, leaving a mobile and complicated weather pattern in its wake.

The 3 feet (1 m) of snow that fell in Colorado over the past couple of days was just another reminder of what a great season they are having. As pressure falls from the NW, expect cold weather and further powder falls next week.

Around Lake Tahoe, on the California Nevada border, windy, very snowy and very cold on Thursday and again on Saturday night – blizzard condition seem probable this weekend. Monday and Tuesday are looking mostly fine though so make the most of any sun.

Eastern Canadian resorts had not seen very much fresh snow for a while but Wednesday has seen an improvement at Mont Sainte-Anne and Mont Tremblant as fresh snow began to fall. Staying bitterly cold here with very heavy snow (0.5 m or so) on Friday afternoon and night followed by a few days of reasonable weather. More snow on Tuesday, but milder and windy too. Perhaps even mild enough for rain low down.