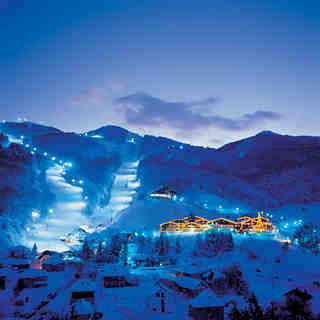 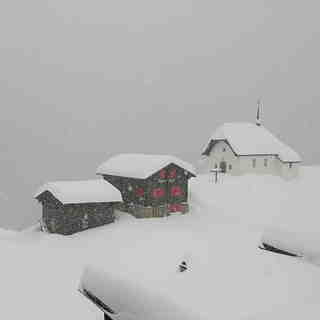 First, sincere apologies to users for a patchy service from Snow-forecast at the end of last week. Our website comprises many hundreds of thousands of pages, most of which usually update at least two or four times per day. In order to balance the load, this information is distributed between several servers. On Thursday, one of these computers developed an intermittent fault that prevented some updates. We didn't spot the problem right away. We moved its content to a spare machine but it took some time for this change of address to be recognized by web routers. Some users have written in to say that they saw a mix of missing, old and up to date content between Friday until Saturday lunchtime - we are very sorry if you were affected. Static maps were worst affected, resort forecasts slightly affected and dynamic maps were unaffected. As of Saturday lunchtime, all systems were running normally and all users are viewing the current forecast on the new server. Should a similar problem occur again, we are confident that we have found a solution for making new servers visible much faster.

In meteorological terms, December marks the official start of the northern winter. This year, over Europe we have seen a switch away from the decidedly wintry weather pattern that dominated autumn to a much more autumnal weather pattern. Whereas autumn was characterized by cold northerlies and record breaking snowfalls across the Alps, this has been replaced by disturbed westerly Atlantic air-stream – often stormy over Britain and Scandinavia. If this had happened more than a week or two ago, the attendant warmer temperatures and rain would have melted much of the Alpine snow cover. Arriving later, the Atlantic flow is now cool enough for snow rather than rain to fall across much of the Alps. Very little of this disturbed weather reaching the Pyrenees where it remains mostly settled for another week. Across the Atlantic in America the weather patterns have improved. A weather system developed over Baja last week and tracked NE across the continent to the Great Lakes. This system has brought a very welcome fall of snow to many Rocky Mountain and Appalachian ski areas as well as the vast number of little ski areas in between.

Last week was mostly fine but the weather is quickly becoming steadily less settled. Not everywhere was dry last week – Flachau in Austria reported 20cm of fresh snow on Tuesday. Many more Austrian resorts have opened this weekend leading to fresh tracks for many, even if the snow is a few days old. Snow depths remain very impressive for the time of year.

With low pressures tracking well to the north of the Alps, the forecast is for the heaviest snow to be confined to the northern areas of the Alps where 20 or 30cm falls will be typical. Favored areas will include many parts of the French Alps that have missed out on the record November dumps in Austria and Switzerland. For example, there is just 50cm of snow on the glacier at Tignes compared with over 2m at Kaprun. Both will see new snow very soon, but it will be windy. The heaviest snowfalls will be on Monday with freezing levels about 1500m in France and 500m lower further east. It looks like there will be a brief mild and settled spell for all mid-week before further westerlies blow in more snow and falling temperatures later in the week.

High pressure has been centred near the Pyrenees since summer. Last week, I mentioned that there was a chance of a snow-bringing Easterly flow to be established before Atlantic air pushed in but these hopes were unfounded. With high pressure once again located around Iberia, forcing fronts to track further north, we don't see much prospect of significant snow for another week, apart from a few bits and pieces, mainly in the west at places like Formigal. Snow cover at the resorts is currently very sparse compared with the Alps. It looks like a secondary low may form in the Bay of Biscay on Saturday. That's a long way off, but if this goes according to plan it will bring very welcome snow both to the Pyrenees and the Massif Central. Even the Cantabrian Mountains of northern Spain should also see snow from this system. Further south, a dry week in the Sierra Nevada. Still no sign of winter for Serra da Estrela in Portugal and the more snow-sure alternative Sierra de B?jar across the Spanish border.

Autumn may have been fairly settled but Atlantic gales are the theme for the week ahead. With low pressure nearby, it is going to be a very unsettled week. Freezing levels will vary greatly as the wind varies between mild SW and cold NW so expect a mixture of heavy rain and snow showers with a notably mild day on Tuesday. Later in the week the air tends much colder and periods of heavy and drifting snow should resume filling in between the snow-fences. Don't be too surprised if Scottish resorts open for skiing next weekend. The snowy weather will again extend right down the Pennines at times but we don't presently expect enough snowfall to allow any of the small English club fields to open yet.

With a westerly flow Scandinavia is seeing the same unsettled picture as Scotland but unlike Scotland resorts are already open and places like Voss have 50cm of snow. The mild winds on Tuesday and Wednesday look like they will lift freezing levels above the resorts and bring some unwelcome rain before more windy and snowy weather returns later in the week. Even then, with low pressure staying to the West, it will remain milder than recently.

We expect widespread moderate falls of snow across mountain regions over the next few days. Heavier snowfalls for Turkey later in the week too but becoming drier further west. Borovets is reporting just 10cm of snow right now but the good news is that it is -7 degrees about the tops and there is fairly heavy snow forecast for Tuesday.

Whistler continues to enjoy good early season conditions with about 1m of snow across the upper mountain. We are expecting very heavy snowfall and low temperatures this weekend, not clearing until Tuesday or even Wednesday when conditions should be perfect for at least 4 or 5 days. Inland, around Banff, there are even lower temperatures with a prospect of powder snowfalls this week.

A weather system brought up to 23 cms (9 inches) of very welcome snow to parts of the Rockies last Wednesday. Steamboat (35cm), Jackson Hole (55/95cm) and Solitude all saw 10–15cm. Since then, ski resorts across Utah, Colorado, Arizona and New Mexico have benefited from a second and larger winter storm that is currently tracking across the continent – on Saturday morning Vail has reported 10cm of fresh and it is still snowing there. Previously snow-starved Durango reports 22 inches of fresh snow this morning and plans to open for the season tomorrow (Sunday). As it moves away east, this system will deliver a mix of snow, rain and freezing rain to much of the mid west and the Appalachians. The heaviest snow (more than 30cm) is expected to fall at small resorts west of the Great Lakes; obscure little ski areas in Minnesota that cater mainly for locals. Watch out for another mid-continental low to develop on Thursday and bring more snow to the American Rockies. Very cold right now around Tahoe but with mild weather mid-week before it turns much colder again. No fresh snow expected until Thursday and even then, just a dusting.

The snow affecting the mid-west will clip the inland Appalachians on Sunday but the heaviest snow will track through the Great Lakes region and later Quebec and Nova Scotia. That's good news for dozens of minor resorts that hardly anyone has heard of! Of the more famous resorts in this region, Mont Tremblant is well placed to see fresh snow from Sunday through Tuesday, followed by very low temperatures. They already have a 20–50cm base with a few cm of fresh snow on top.