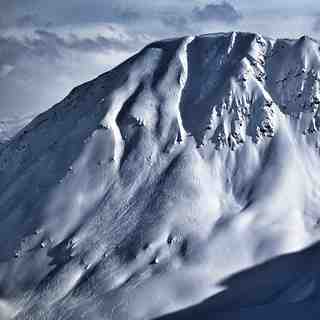 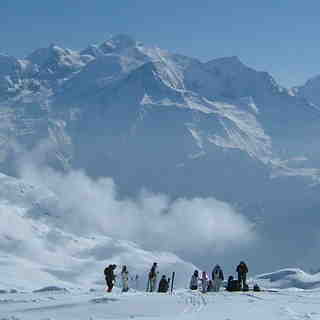 Welcome to the latest roundup of Worldwide snow conditions with prospects for the week ahead. The start of October usually marks the end of skiing at most resorts in the Southern Hemisphere. More often than not, the snow cover is pretty patchy by this time of year so ski resorts announce their closing dates well in advance. Otherwise, they risk employing staff too far into the uncertain spring ski season. Sometimes the weather doesn't play the game and resorts have already closed before the best conditions of the season arrive. With huge snowfalls across the mountains of New Zealand in the past few days, many resort managers at places that have closed up already will no doubt be kicking themselves. Happily for skiers, not everywhere closed at the same time.

Last week we gave a pretty accurate forecast for New Zealand. Back then, conditions were looking dire - with a warm NW gale and rain to high elevations. If you hadn't been following the forecasts, the big dump of snow and low temperatures that followed would have been a bit of a shock. Turoa and Whakapapa saw about 20cm of snow but many areas on the South Island did much better - unfortunately most of them had already closed. Notably, Broken River has stayed open long enough to enjoy a 70cm dump over two days - the heaviest snowfall of the season. Mt Hutt saw 10cm or more but the wind has been an ongoing problem there - it is generally much windier to the lee of the Southern Alps than it is around Arthur's Pass. The good news means that the snow remains untracked, the not so good news is that there is already another NW gale blowing from Canterbury north to about Manawatu. Further South, over a metre of snow fell around Fiordland to low levels with 20cm spilling over to the Remarkables. Looking great for fresh tracks at Cardrona too. Presumably, there is also deep new snow up at Treble Cone, so it seems they closed just a few days too early which couldn't have gone down well with the season pass holders. With so few resorts open and so much new snow in the back country people will be tempted to go exploring instead. Be extra vigilant if you do head away from the open resorts because the avalanche risk is very high right now. Looking forward to the week ahead, we have a belt of fairly extreme NW gales ahead of another weather front with pretty disturbed strong Westerlies to follow. With such mobile and unsettled weather, keep a close eye on the local forecasts to take advantage of any weather windows. Once again, there is significant new snow forecast, especially high up, but with so much wind about and very variable freezing levels it will be tricky to be in the right place at the right time. With a strong La Nina developing, expect a short spring and a long warm summer in New Zealand with more easterlies than usual causing distinctive foggy days in Wellington harbour.

Following the mild spell, there is very little skiing on offer and only Thredbo looks set to stay open beyond this weekend. There is still about a metre of spring snow across the high tops, fine for ski touring, but things are patchy lower down and distinctly green at resort levels. It is breezy (60km/h) with weather right now and it will stay that way through Friday. Just the chance of just a few snow flurries around the Snowy Mountains on Saturday as a weak front goes through. After that clears, the prospect of a few fine days to end the season with cooler temperatures and night frosts before another front crosses around Wednesday evening.

Again, just a handful of resorts remain open with spring skiing conditions widespread, though still with unseasonably deep bases as a result of the snowy winter. A brief cold blast should bring welcome fresh snow, heaviest in the South of the region on Friday and Saturday with excellent cold and sunny conditions to follow. We don't expect significant snowfalls to extend much further north than La Hoya - so staying mostly fine around Santiago

Summer and early autumn have been distinctly wintry across the glaciers of the Alps. It's much too early to suggest that this means that a great winter will follow - all too often recent seasons have seen a big blocking high pressure build across Southern Europe delaying the start of the winter season. While there is plenty of snow up on the glaciers right now, a return to seasonal temperatures has melted most of the new snow below about 2500m. Fairly cloudy weather right now should clear away over the next few days and next week should be fine and sunny at the glaciers. Free-air freezing levels gradually falling - from almost 4000m right now to 3000m by the middle of the week as pressure builds from the West. Cold and northerly air streaming around the top of the big European anticyclone will affect Scandinavia at times but it should stay to the east of the Alps, but watch out for a subtle shift westwards that could bring some snow to Austrian glaciers. With a big blocking high over Western Europe and some deepish autumnal lows now generating groundswells in the Atlantic, there are steadily improving conditions at the Atlantic surf beaches - for more details see www-surf-forecast.com.

Over the past few days, our snow alert system has been busy sending warnings of new snow for the Canadian Rockies - the first time this season. With a strong La Nina, we would expect a steady stream of Pacific storms pouring into the Pacific NW. This is just what the forecast for the next 7 days shows with Whistler bearing the full brunt on Saturday night and then again on Tuesday and yet again on Friday. Too mild for snow at resort level this close to the coast and this early in the season, but above mid-station we expect to see the accumulation of another 50cm of fresh snow by Wednesday. As these weather systems push deep into the continent on a NE track, many resorts in the Pacific NW and the northern Rockies will enjoy excellent early season snowfalls. We will be providing more detail for North American prospects from November 1st, after the Southern Hemisphere season has ended. The Snow-forecast team