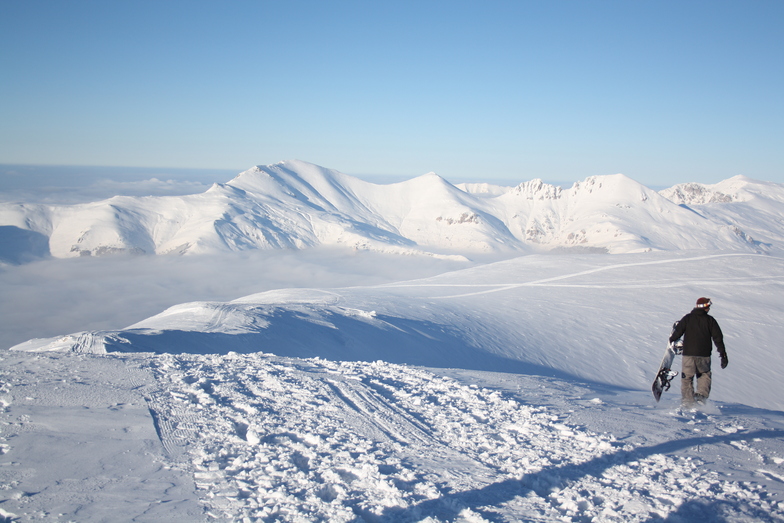 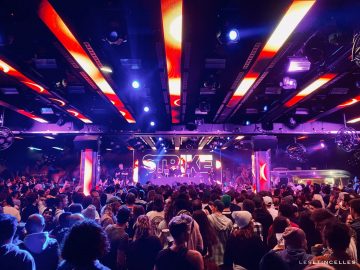 In a further sign that the era of social distancing is (hopefully) behind us, Tignes has announced that its new Le Strike venue, which was first unveiled at the end of last season, will be bigger and better still this winter. The huge party venue spreads across 1,200 square metres, and includes four bars, a finger food corner and a VIP area located on an American school bus. Run by Les Étincelles hotel group and entirely dedicated to music, the venue has successfully created a colourful scene inspired by street art and is already very popular amongst partygoers in Tignes. This coming winter, après-ski entertainment will include live bands and resident DJs on Tuesday evenings. Unlike the nightclubs in the

Beautiful mountain, wide tracks, a lot of freeride opportunities. What really bummed me was that everybody was throwing their trash basically everywhere. On the tracks, from the lifts; it's a shame! Long queues even though there was no new snow, so I suppose not a busy weekend. Very slow lifts and to top it off 2 person benches on them. So, basically, 20 minute wait plus 20 minute ride on the lift for the longer one. It could be a great resort but not in this scenario. Accommodation is too expensive for what it offers; our host's attitude was very much in "ден година храни" as we say in Bulgaria style - i.e. he ripped us off and wanted more money than we have agreed on. Food is cheap and delicious.

Read 12 more reviews of Popova Shapka or submit your own

The Popova Shapka skiing weather widget is available to embed on external websites free of charge. It provides a daily summary of our Popova Shapka snow forecast and current weather conditions. Simply go to the feed configuration page and follow the 3 simple steps to grab the custom html code snippet and paste it into your own site. You can choose the snow forecast elevation (summit, mid-mountain or bottom lift) and metric/imperial units for the snow forecast feed to suit your own website…. Click here to get the code.