Week 2 of December has on average: 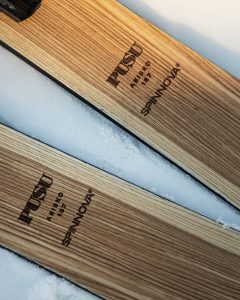 A sustainable material tech company and a ski manufacturer have announced a collaboration to create a skis from all natural materials. The premium alpine skis will replace the glass fibre and carbon fibre used in modern skis with fibre made out of wood or waste, making them more sustainable. The new skis are the brainchild of Finnish ski maker PUSU and sustainable material tech company Spinnova, who have already partnered with brands such as adidas and The North Face. Since the end of the wooden-skis era in the 1960s, modern ski manufacturing has relied on non-renewable materials like plastic, glass fibre and carbon fibre blends. However, as the world has woken up to the problems this approach causes, PUSU has

Many skiers enjoy moguls and fast icy pistes but for off-piste skiers and free-ride snowboarders, fresh snow starts to deteriorate from the moment it settles. Wind, rain and periods of above-freezing temperature are the primary cause of the evolution from fresh powder to windslab, ice or slush. High altitude slopes that are shaded from the sun and sheltered from the wind preserve powder stashes longer after fresh snowfall. If the snow report mentions pockets of powder at Hachimantai Shimokura Ski Area, study the Hachimantai Shimokura Ski Area piste map in relation to the wind direction to determine the most likely locations.