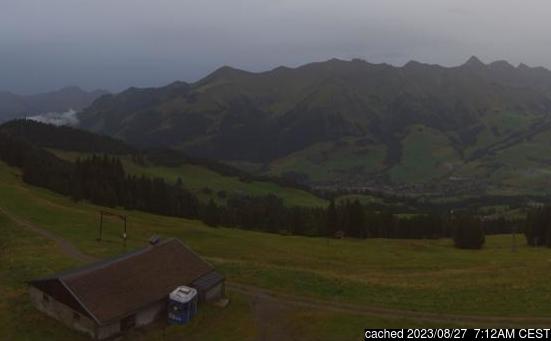 The Château d'Oex snow report is: Lifts open - unreported. Our model predicted 0 cm (0 inches) of snow fell over the last 6 days between Monday 14 of June at 12AM and Sunday 20 of June at 12AM at the mid mountain level.

Our Snow Report for Château d'Oex brings daily updates on the snow conditions, snow depths, piste and offpiste conditions and the number of open ski lifts. The latest Château d'Oex snow report shown below was updated on 20 Jun 2021. Snow Reports are provided regularly throughout the ski season courtesy of our own network of ski resort managers, the Skiclub of Great Britain and Skiresort Service International GmbH. In addition to the current report on ski conditions, we also provide webcams (including a 4 week cam archive), current live observations from nearby weather stations and also historical snow data for Château d'Oex. 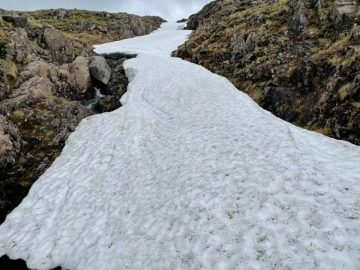 Midsummer Skiing This Saturday at Glencoe

Glencoe ski area in Scotland has announced it is to run its now traditional Midsummer ski this coming Saturday 19th June. The ski centre usually runs its lifts as close as it can to the longest day each summer – which is particularly long in the Highlands of Scotland – for an hour or so to allow determined skiers to access the remaining snow patches on the slopes. Some recent Midsummer skis have been cancelled due to pandemic restrictions or too little snow but this year it is back on, all being well. “The longest snow patch left is on the Spring Run at between 250 and 300m long. The longest patch in the Main Basin is now only 120

Find the best conditions for skiing and snowboarding near Château d'Oex using our Snowfinder page.

Members can check the hindcast for a timeline of Château d'Oex weather conditions. This detailed weather log makes it easy to predict snow conditions at Château d'Oex, even when the snow report is too old to be useful. The hindcast shows when our weather model last predicted snowfall at Château d'Oex. It shows how much snow we think fell then, and the way freezing level, wind and weather have varied through time. You will be able to predict whether to expect off-piste powder, slush, spring snow, ice or wind crust.

Many skiers enjoy moguls and fast icy pistes but for off-piste skiers and free-ride snowboarders, fresh snow starts to deteriorate from the moment it settles. Wind, rain and periods of above-freezing temperature are the primary cause of the evolution from fresh powder to windslab, ice or slush. High altitude slopes that are shaded from the sun and sheltered from the wind preserve powder stashes longer after fresh snowfall. If the snow report mentions pockets of powder at Château d'Oex, study the Château d'Oex piste map in relation to the wind direction to determine the most likely locations.

We stress the importance of checking the date on the Château d'Oex snow report particularly around weekends. For example, the snow report for Château d'Oex on Friday may indicate powder after recent snowfall but following a sunny and busy weekend, when the locals hit the mountains en masse, the ski conditions (at any resort) can deteriorate rapidly and late arrivals may see very different ski conditions. Of course some people look for deteriorating conditions in the snow report for the likely development of mogul fields but for powder lovers and particularly snowboarders this can mean tracked out off-piste snow. Of course, this doesn’t always happen quickly after fresh snowfall particularly at quiet North facing resorts at high altitude where genuine powder stashes may be found days or even weeks later. It is worth checking the piste map for Château d'Oex (found in menu above) for the location of favourable slopes that may be described in the "Château d'Oex Snow Conditions" part of the snow report. In addition to checking the Château d'Oex snow report we recommend that you check the snow forecasts found in the menu at the top of the page along with our ski resort guide.