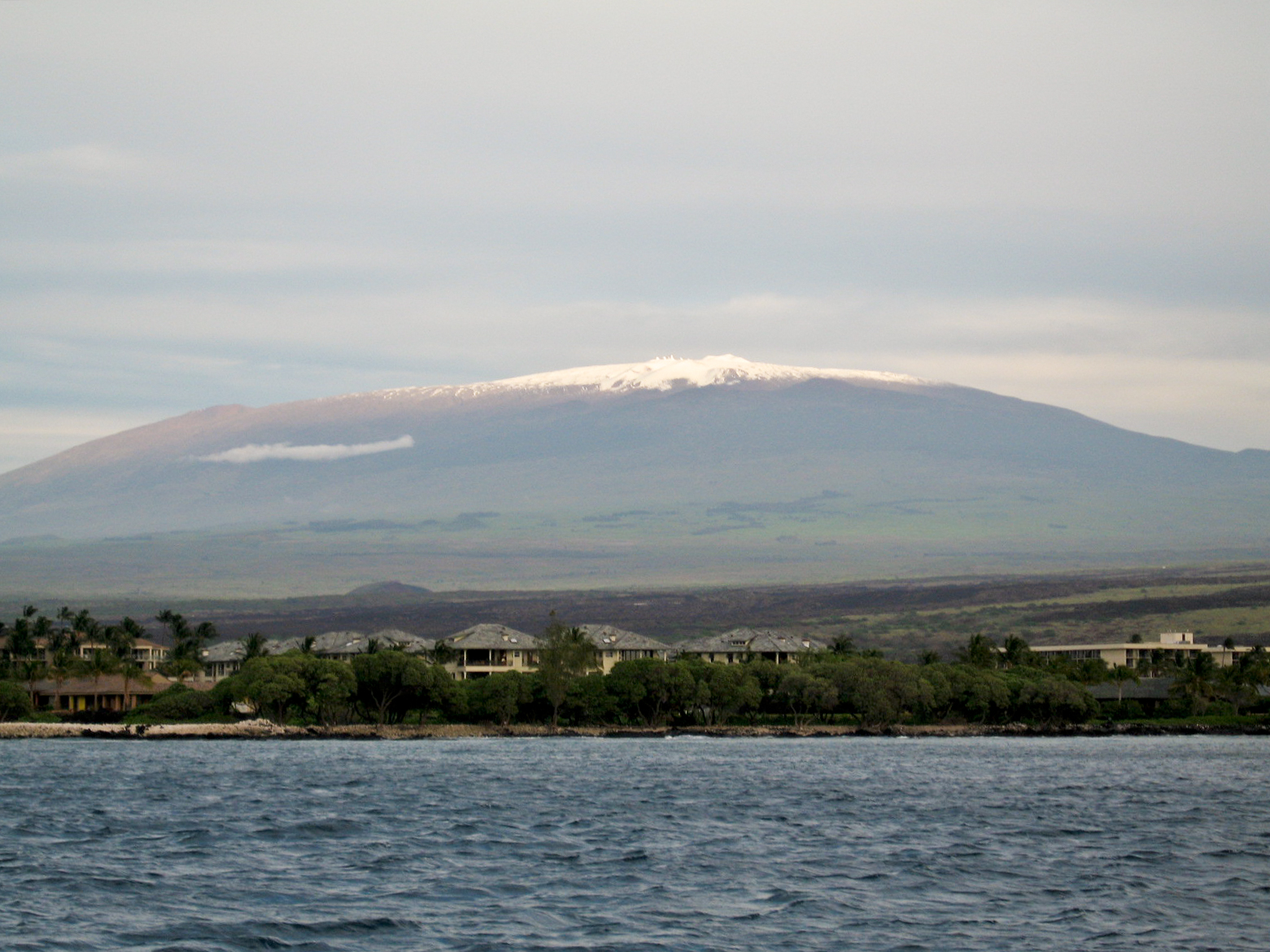 A woman is reported to have been “critically injured” either ‘snowboarding’ or ‘sliding on a body board’ on the world’s highest mountain, Mauna Kea, in Hawaii.  Reports vary.

The incident happened after a tropical storm dumped a foot (30cm) of fresh powder on the volcanic peaks.

Local media reports that the 23-year-old woman crashed into rocks at an “unknown rate of speed”  sustaining “critical injuries.” She was brought down the mountain by rangers and later transported to a local medical centre.  There is no update on her current condition.

Mauna Kea rises 10,211 m (33,500 ft) from the ocean floor but three-fifths of the mountain lies beneath the Pacific. The upper 4,207.3 m (13,803 ft) of the mountain is above sea level and is snow-capped in winter when temperatures typically range between a few degrees below and above freezing.

There are no ski lifts here but informal skiing operations served by a 4×4 vehicle have operated in the past.

Large parts of the mountain are sacred to native Hawaiians and home to protected indigenous flora and fauna.  Two years ago great offence was caused when a video was posted online of skiers and snowboarders continued off the snow and filmed themselves sliding over gravel and plants.  Skiing and boarding on the snow is accepted but continuing off down the mountain is not.

Studies have found Mauna Kea was covered in glaciers which extended as far as 1,000 vertical metres from the summit as recently as 5,000 years ago.  It last erupted 6,000 to 4,000 years ago and is now considered dormant.

Update: More recent reports from Hawaii name the injured woman and detail her injuries. They also change the reporting from ‘snowboarding’ to ‘sliding on a bodyboard.’