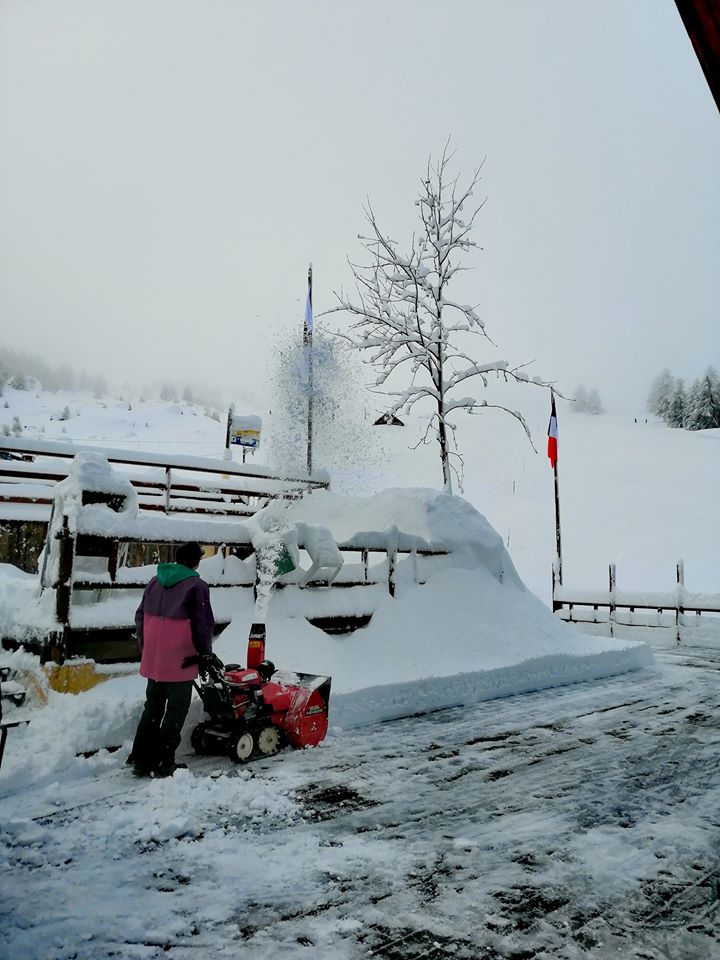 The forecast heavy snowfall has begun to build up in the Alps, Dolomites and Pyrenees as Storm Elsa batters a large swathe of Western Europe.

The snowfall has been driven in on very strong winds in most areas, with gusts of up to 150kph (90 mph +) reported in some areas so far. There are expectations that some area may see 200kph (125 mph) gusts and many resorts were closed yesterday, with some today too, as a safety precaution.

It is also fairly mild still at lower elevations meaning the precipitation is falling as rain at times on  lower slopes.

All this variation in temperature, wind speed and snow volume has led to an unstable snowpack with the Swiss resort of Airolo, (above), which is the one reporting an 80cm accumulation in 24 hours on Friday/Saturday, warning skiers and boarder to stay on marked slope with the avalanche danger at level 4, almost the highest on the danger scale to five.  Spontaneous avalanches are very likely.

But despite the problems the snowfall and extreme weather has brought, the overall picture remains good for Christmas and New Year weeks, especially above 1500 metres, with good snow cover widespread across Western Europe’s ski slopes thank to repeated heavy snow storms over the past two months.

Andermatt in Switzerland, Bormio in Italy and Tignes in France are among the resorts reporting 30-40cm (12-16 inches) of fresh snow in the past 24 hopurs.

More snow is expected to fall over the next 2-3 days up to Christmas in many area although the amounts falling will vary a good deal.