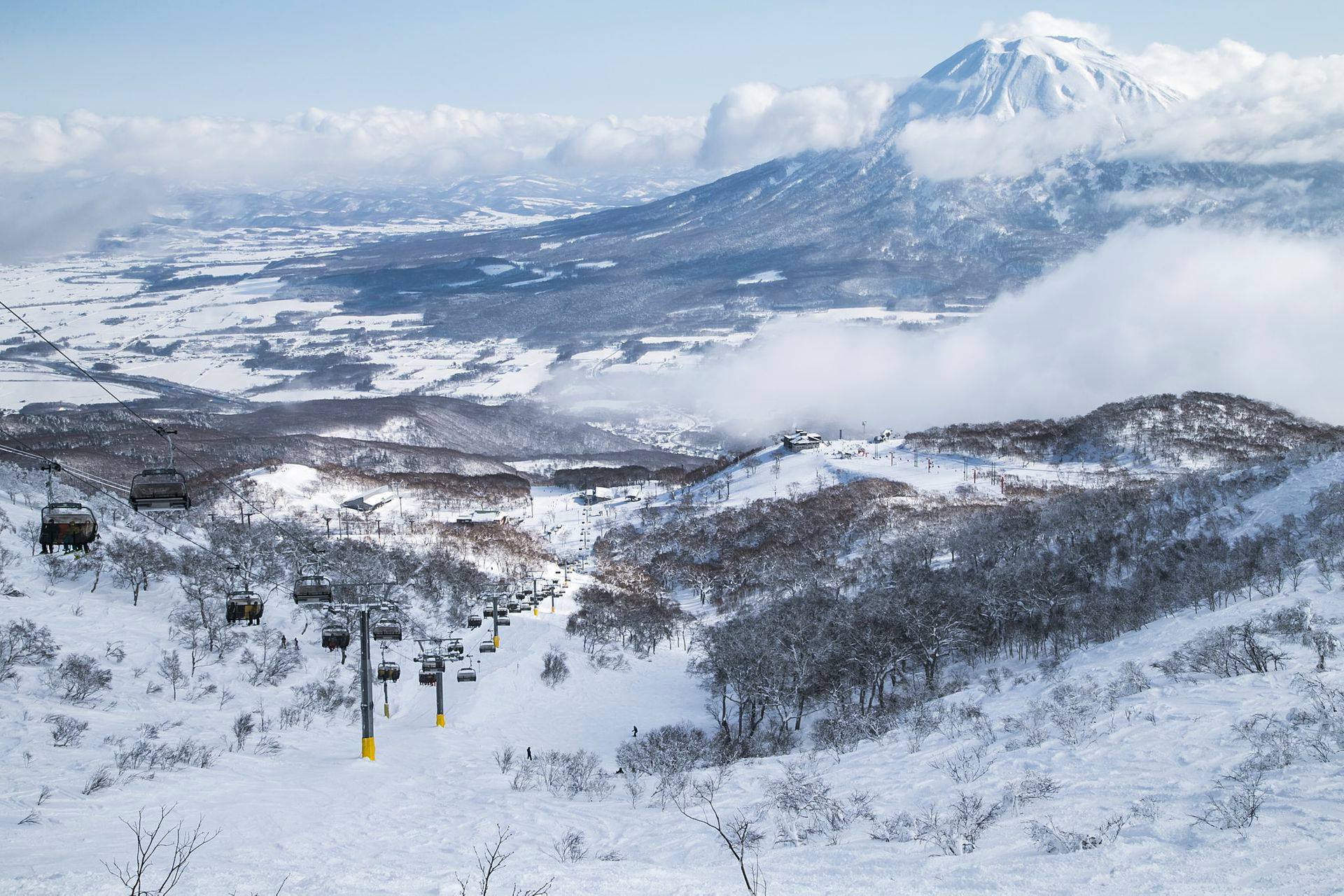 Last time round I was very hopeful that the snow taps would have been turned on from Christmas onwards and over New Year. Unfortunately, it pains me to say that those taps have yet to be turned on properly and when thinking about what to write about this time round, there was only ever one topic this time round.

But before I continue, it is important to say upfront that there is good to be had – I have so far enjoyed quite a few days in some excellent quality snow. While many lower ski resorts are indeed struggling, snow cover is generally not a problem in higher areas even as they have less snow than usual. A few (admittedly limited) regions are even having something close to normal amounts of snowfall – the one notable area being parts of Iwate Prefecture in the northern Tohoku region.

I am happy to be able to report good news just this week. Hakuba enjoyed some decent snowfall, as did some other regions of central Japan. And just yesterday, 18th January, people in Niseko were waking up to 30+cm of fresh snowfall to enjoy and upper areas of the mountain have probably had over 50cm. That is great to hear… and hopefully signs of a turnaround.

So, people are still enjoying themselves and even in this abnormally dry season, some regions are probably still getting more snow than other places around the world.

We expect very heavy and consistent snowfall here… which means that it is impossible to ignore the fact that something different is going on this winter in most regions of Japan.

I am no scientist or meteorologist – please don’t laugh – but you don’t need to be in order to notice that the classic winter patterns that Japan normally enjoys just are not happening right now. Usually cold air is pulled in from Siberia across the Sea of Japan and the result is heavy snowfall across wide regions of Japan.

Take a look at this:

The above image, published by the Japan Meteorological Agency, compares recent temperatures against expected averages between 18th December 2019 and 16th January 2020. It shows that in many regions of western and central Japan, the average temperature has been at least 1C (and in many cases 2C) higher than expected. The northern island of Hokkaido has fared better, with the western and central areas of the island around normal.

There are of course plenty of regional variations, but the generally milder conditions have resulted in more rain when it would normally be snowing, as well as less of that famous Japan consistency that we usually enjoy. There have been very few of those intense snowstorms. – in fact, some regions haven’t had any yet!

The above image shows snow depth as a percentage of what is normally expected, as of 17th January 2020. It is important to note that these numbers are not from ski resorts; rather, I believe, from weather stations in mostly town areas. Even so, it tells a story.

Dark blue is ‘less than 40% than usual’. There’s an awful lot of dark blue on there, even in the northern island of Hokkaido. There is lighter blue in Hokkaido, which represents ’60-100% of normal’. Light yellow is ‘100% and above’ and you can see that there is only one region in northern island of Honshu that is able to show that. That region is Iwate Prefecture, by the way.

For reliable and truthful reporting from popular regions, as well as in depth data from previous seasons do to comparisons and the like, do check out the daily reporting on the independent SnowJapan.com website. Fingers crossed that in the coming weeks there will be lots of good positive news in the reports:

The Japan Meteorological Agency have stated that northern Japan only got 38% of the average snowfall that it expects for the month of December, with no number available for regions in western Japan. Those numbers are apparently the lowest numbers since records started in 1961.

While less snow obviously directly affects ski resorts, it also affects a whole lot of other people who provide services to the resorts, their guests and locals too. Accommodation, equipment rental, ski schools, restaurants, snow-clearing services and more… they are all affected if ski resorts can’t get to open properly.

The famous Sapporo Snow Festival is due to take place in the beginning of February. The festival is famous for magnificent snow sculptures and an all-round celebration of snow. All taking place in the fantastic city of Sapporo, I might add. While Hokkaido has generally been doing better than central Japan regions, there is still quite a lot less snow than expected and they have been having to bring it in from surrounding regions in trucks for there to be enough snow to work on those beautiful snow sculptures. A visit to the Sapporo Snow Festival, by the way, is highly recommended if you get the chance.

We are not used to shortages of snow in Japan. Rather, we are used to something that looks more like this….

What we have been experiencing so far this season is just such a contrast to what we know and expect that it’s all rather difficult for locals and long-timers to accept.

Let’s hope that things change around in the coming weeks and months. The season normally continues through April and beyond that in higher elevations, so there is a lot of time to go yet. Everyone really wants this to be totally ‘abnormal’, and not in any way a taster of a ‘future normal’.

For those of you with planned upcoming visits to Japan this winter. I truly hope that when you are here you will be able to enjoy ‘normal Japan’ snow conditions – plenty of it and excellent quality. When that happens, it is truly a joy to behold.

Let’s keep an eye on the forecasts and reports and fingers crossed everyone!