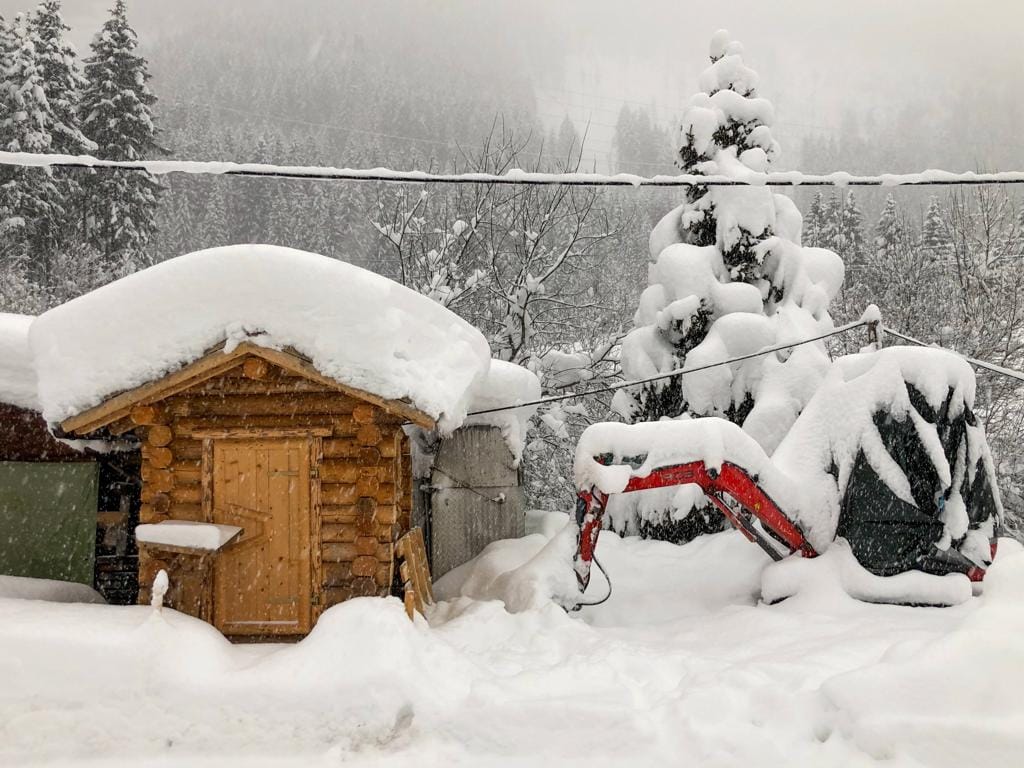 As we enter February this week it has been snowing hard again, this time with the Pyrenees and the Western Alps, particularly France, seeing the biggest falls.  But where is the snow lying deepest so far?

Nine resorts (dominated numerically by Austrian entries, although with Swiss resorts at the very top) are reporting they have more than 4.5 metres (15 feet) of snow lying on their upper slopes.

Andermatt saw huge snow accumulations during the three-week deluge on the eastern Alps between Christmas and mid-January.  It was cut off by road for periods with the only access via a rail tunnel.

Engelberg also saw huge snowfalls at the start of the year, also causing it problems opening terrain and making the area avalanche safe.  Pretty much everywhere is now open, despite another 30cm (foot) of snow in the past few days.

Austria’s largest ski area has had a very snowy start to the season, with huge snowfalls setting it up for the rest of the winter.

Austria’s Kaunertal glacier has one of the world’s longest ski seasons but it has struggled to open in January for periods due to the weather extremes.

After a bit of a dry December California has seen some massive snowfalls this month and little Soda springs has more than a metre more snow lying than the continent’s usually snowiest spot at Mt Baker in Washington State further north up the Pacific Coast.

Hochkar made media headlines earlier this month when not only tourists but all residents were evacuated due to the extreme avalanche danger. It’s fully open again and operating normally now.

Another Austrian glacier which had to close for periods in January due to all the snowfall, cold and strong winds is up there with one of the world’s deepest bases

4.5 Metres (15 feet), Pitztal Glacier, Tirol; and the ski area on Loser by the village of Altausee (above), Styria, Austria

Two more Austrian areas, including a third glacier, make up the list of nine over 4.5 metres (15 feet) up top, giving the country six of the nine deepest upper slope base depths in the world as we enter February.