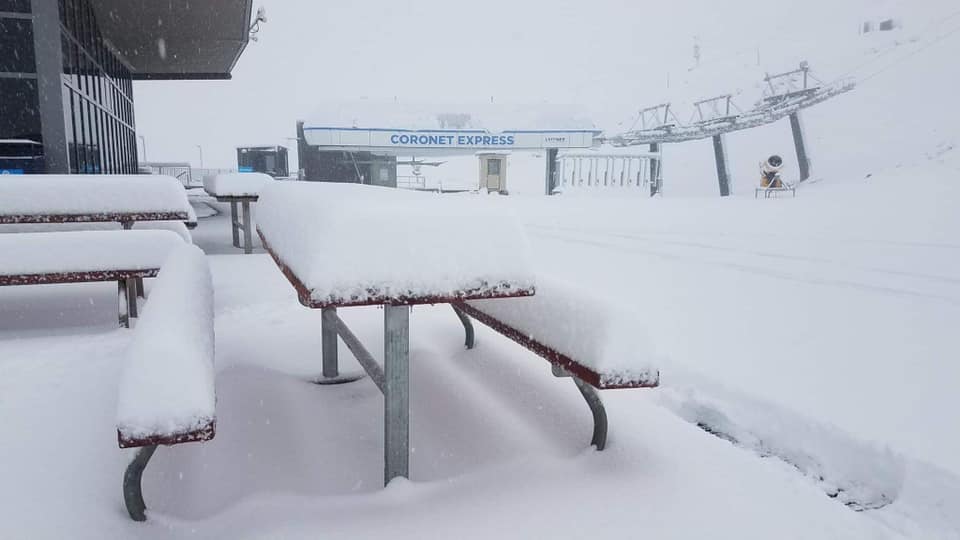 The southern hemisphere’s 2021 ski season is due to get underway later this week, with the first ski areas expected to open in Australia and New Zealand.

That should be an improvement on last year when most ski areas that could still open in the first months of the pandemic delayed opening, but around half of ski areas in South America, South Africa and Australia didn’t open at all (or just for a few days in the latter case).

This year most ski areas in the Andes do expect to open in June (in 2020 all were closed until mid-August when just a handful opened for 3-5 weeks).

Most of Australia’s ski areas are due to open for the season on the second weekend of the month, however Perisher in New South Wales (pictured below a few days ago), the country’s largest ski area, has announced it will open this Friday 4th June, possibly making it the first in the southern hemisphere to open unless somewhere beats it to it.

A seven-day lockdown in the state of Victoria following cases of the Indian variant being discovered there, hopefully ending next Thursday, has brought back unhappy memories of how the province’s ski areas eventually hardly opened last year.

Ski areas have had a number of pre-season snowfalls and whilst recent weeks have been drier it has been cold overnight allowing snowmaking systems to fire up and boost bases. Mt Buller also has an all-weather snowmaking machine.

In New Zealand there has been some natural snowfall bringing up to 40cm (16”) more snow in the past few days, although there have also been warmer, wetter spells at times on lower mountain slopes. Coronet Peak is pictured above at the weekend. The Happy Valley area of Whakapapa ski area on Mt Ruapehu on the North Island is expected to open this coming weekend, it also has an all-weather snowmaking machine, but is really for snow fun and teaching. The first full area openings are expected to be Mt Hutt and Cardrona a week later.

The rest of New Zealand’s ski areas as well as those in South America are expected to open later in June or early July as in a normal season.  Chile in particular has had a major success with its vaccination programme.

In southern Africa, Afriski in Lesotho currently plans to open on June 10th, next week, last year it was the first in the southern hemisphere to open, a week earlier, opening ahead of its planned date.

It is unclear if the region’s other ski centre, South Africa’s Tiffindell, will open at all. Last season it was closed all winter by pandemic restriction and there has been no operational status update since.