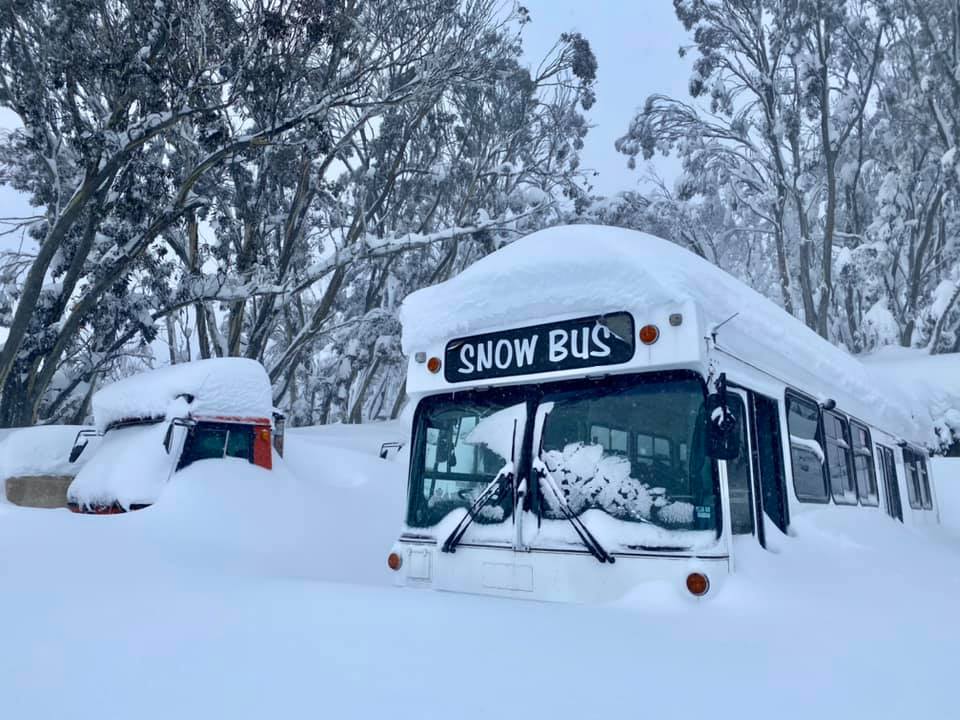 Several ski areas in the Australian state of Victoria have now reported more than 135cm (4.5 feet) of snowfall accumulating in the 10 days since the state went into its fifth lockdown and they were ordered to close.  The state’s government is hoping to stop small outbreaks of the Delta variant there.

Ironically the snow started falling just as the lockdown was declared, with the resorts previously only able to open limited terrain to first six weeks of the season as there had not been much snowfall up to that point.

The initial lockdown was announced to last Tuesday but has now been extended top next Tuesday and may be extended again. Ski areas in Victoria say they will reopen as soon as they are allowed to.

There’s been lots of snowfall too over the state border in New South Wales. Here ski areas like Perisher and Thredbo have been celebrating powder conditions, but for a change since the first lockdown in 2020, have plenty of availability, even with pandemic limitations on numbers, because as well as Victoria being shut off, so too is the country’s largest city of Sydney, meaning there are only a certain number of Aussies that can make it to the slopes.

The much-heralded vaccine-free travel bubble with New Zealand is also temporarily closed due to the pandemic spike.  In more irony however, Aussies usually head to New Zealand for a better chance of snow, but this season Australian ski areas have had much more snowfall that centres in New Zealand so far this season.

The snow is expected to keep falling in Australia for at least another week meaning 2 metre (6-7 foot) plus totals over the fortnight are possible.

The country is enjoying by far the best conditions in the southern hemisphere with New Zealand seeing gradually improving conditions after a warm and sometimes wet June and South America suffering a very dry winter which has left the slopes bare so far at several areas including Las Lenas in Argentina. Most resorts are open there though, just with thin cover and limited terrain open so far.