Not long to go now! - The Whiteroom
Search Our News Hub
GET INVOLVED 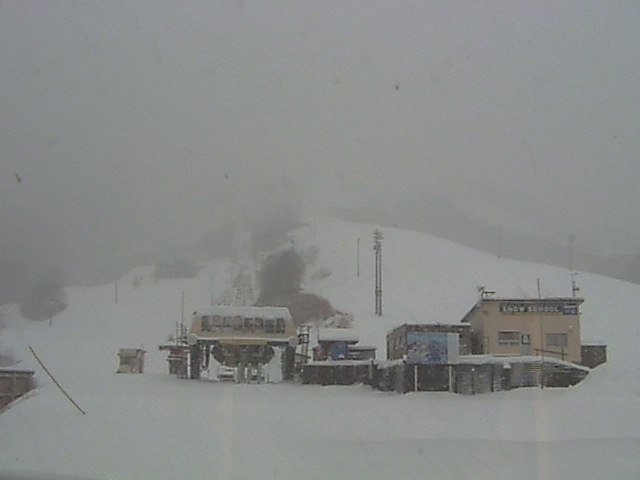 It is always an interesting and exciting time of the year. While some areas of Japan are in various stages of enjoying spectacular autumn foliage across the mountains, others are experiencing the first blizzard of the winter season.

Over the last week or so many parts of the northern island of Hokkaido and some northern parts of the main island of Honshu have enjoyed the first snowfalls of the season down to base level. And as of today, Monday 18th November, there has been over 30cm of snow in Hirafu village recorded at the base of Niseko. Excellent!

November 23rd is Labour Thanksgiving Day in Japan and it is a national holiday (either on that day or the following Monday if it falls on a Sunday). While there usually isn’t much natural snow around by that date, it is traditionally the targeted opening day of the ski season for a handful of popular ski resort areas. That includes some of the big names like Niseko, Furano, Nozawa Onsen, parts of Hakuba and Yuzawa – varying from just upper areas of the mountain to, if we are lucky, a wider opening. Sometimes they can at least part open, but that date can get delayed, sometimes even by a few weeks. For some of those resorts that date seems to act as a kind marker ‘standby date’ as we anxiously wait for decent snowfall to arrive and get things going properly.

With 23rd November looming, prospects are looking pretty good for some of the resorts in Hokkaido. Places to the south will be struggling as there isn’t much sign of potential for natural snow before the weekend on the snow-forecast.com forecasts.

For now, it’s time to sit back and keep an eye on the forecasts and snow reports. Independent daily reports can be found here:

The first ski hill to open in Japan this season did so back on 25th October – albeit with artificial snow pumped out by machines. Fujiyama Snow Resort Yeti is in Susono city in Shizuoka Prefecture, in the region to the south west (WSW) of Tokyo. That region is not known for skiing, or for natural snowfall for that matter. In fact, there are only two (small) ski hills in the entire region. What it is known for though is the magnificent Mount Fuji and while there are no ski resorts on the slopes of Mount Fuji itself, Fujiyama Snow Resort Yeti is positioned on the southern foothills and offers some fine views of the famous mountain.

Fujiyama Snow Resort Yeti is probably as popular for ‘yuki-asobi’ (playing in the snow) and other snow related activities such as sledding, banana boat rides and snowmobiling as it is for actual skiing or snowboarding. But it certainly is convenient for folks living in that region and visitors wanting to get close to Fuji-san, and it can provide a quick fix for people not wanting to make a longer trip to larger ski resorts to the north.

Once the ‘opening on 23rd November’ ski resorts get to open, the majority of the 500 or so ski hills around Japan generally aim to open for the season in the second half of December.

So, we are still about a month away from the season starting to get into full swing.

Last time I mentioned the consumption tax rise from 8% to 10% that went into effect on 1st October, and many ski resorts in Japan are taking that tax hike as an opportunity to increase the prices of their lift tickets. Not all have updated their information yet, but while some are increasing prices by exactly 2% (and some even not increasing prices at all), it is increasingly looking like quite a few of them are increasing prices beyond 2% – and some by over 10%.

Still, in general ski lift ticket prices in Japan remain reasonable for the overseas visitor. There are exceptions on the cheaper and more expensive side, but generally a one-day lift ticket at a moderate to large sized ski resort costs in the range of 4000 – 5000 yen, perhaps a bit more. To give you an idea, at today’s rate that translates to around the following:

Many ski hills also offer half day tickets and other variations including multiple days, along with cheaper prices in the early and spring season.

Hopefully next month I will be reporting copious amounts of snowfall along with a good start to the season.