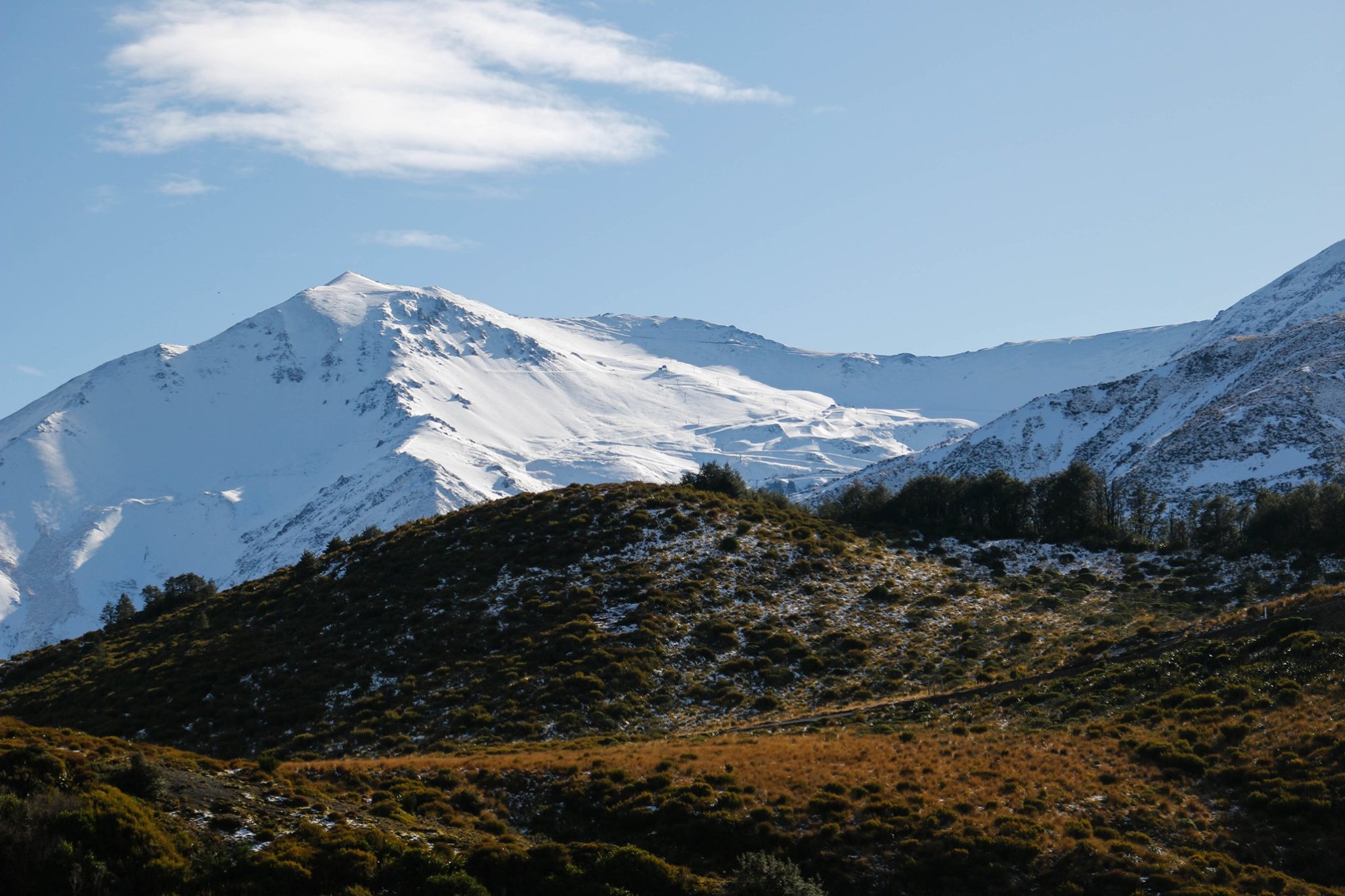 In further good news for the 2020 ski season in New Zealand, which is due to start in just over a fortnight, an agreement between the country’s ski areas and government means there’ll be no limit on the number of people allowed on the mountain.

The news came after the country moved to a loosened ‘Level 2’ lockdown earlier this week allowing many small businesses to re-open, but there had been a concern in the country’s ski resorts that an ongoing limit on the number of people who could be in one place at the same time would make in impractical for ski areas to operate.

But the ski areas have agreed specific guidelines for operations this winter, including managing physical distancing, ensuring contact tracing and increased cleaning and sanitation requirements.

However ski areas will be starting their seasons later than planned.

Mt Hutt, pictured above on 6th May, was due to be the first major ski area to fully open in New Zealand on June 6th, and still may be, but that date is currently unconfirmed, and it won’t be open every day,

“Mt Hutt will be the first to open in early to mid-June operating three days a week. Come early July we’ll scale up to open for the five best weather days of the week which will aim to include the weekends. By planning for the five best weather days we’ll be able to give our guests more certainty on opening days. We’ll also have First Tracks on weekends from July,” said Paul Anderson, CEO of operator NZSki.

The Remarkables, which had been due to open on June 6th, won’t now open until July 4th and will only open weekends and peak periods from July 20th onwards.  It will however be open for ski touring on days the lifts are closed.

Cardrona has confirmed it will open for the season on June 26 and Treble Cone will open the following day.  They’ll open daily through the New Zealand school holidays from July 4 to 19 then re-assess operations based on business levels.

Coronet Peak, which had been due to open June 13th now says it will open at the “end of June”.

Whakapapa on Mt Ruapehu (pictured above on 6 May) was due to be the first ski area in New Zealand to open, at the end of next-week on May 30th, openings its Happy Valley snow play and beginner area initially, which has all-weather snowmaking. It currently is still showing that date but information on the site does not appear to have been updated for a week or so.

New Zealand has closed its borders so ski areas are open to those currently in the country.