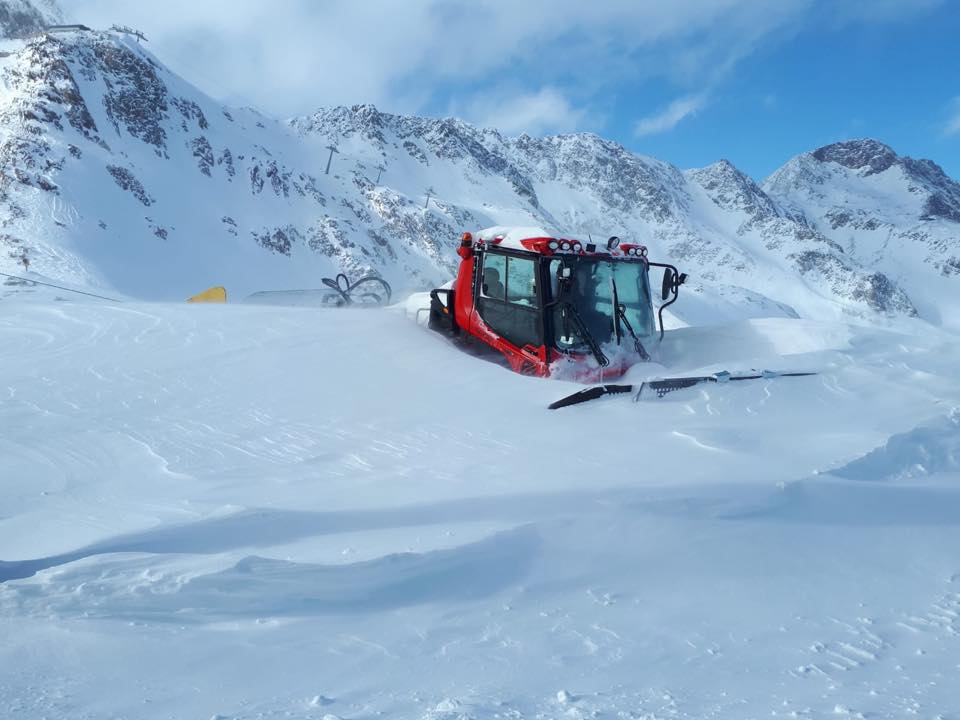 More than 100 ski areas have already opened for the 2019-20 ski season as resorts in the US gear up for the upcoming Thanksgiving Holiday weekend later this month whilst those in Europe take advantage of heavy early snowfalls throughout November.

Several ski areas have reported more than two metres of snowfall so far in November with Cervinia in Italy saying it had had 2.4 metres (eight feet) of snowfall in one seven day period alone. It’s expecting another 60cm (two feet) of snow this weekend.

All the snowfall has caused operating difficulties and closed roads at times but it also means once the snow is cleared, some amazing early season conditions. Saas Fee in Switzerland has already opened its top-to-bottom Valley run with over 1,800 metres of vertical on the 9km descent. Austria’s Hintertux will open their nearly as big 1,750m fill vertical this weekend.

There has also been some big snowfalls in the Dolomites and Pyrenees (below) where resorts including Cortina (above) and Porte Puymorens have opened early.

Pictured below is La Mongie in the French Pyrenees which will open in just over a week’s time. Cauterets, which will open part of its area a month early at the weekend, reports the deepest base in France so far at 1.8 metres (6 feet).

It’s been a less snowy November in North America after the record breaking snow in Colorado in October. However snow has now begun falling again in the west.

Most of the 60 or so areas that have opened here in the past few weeks though have done so on the eastern and Midwestern side of the country, largely thanks to a cold snap allowing snowmaking systems to fire up, although there’s been some natural snowfall here too.

The start of snowfall in California over the next few days is pictured below at Mammoth.

The ski season is also due to get underway this weekend at resorts like Niseko in Japan.