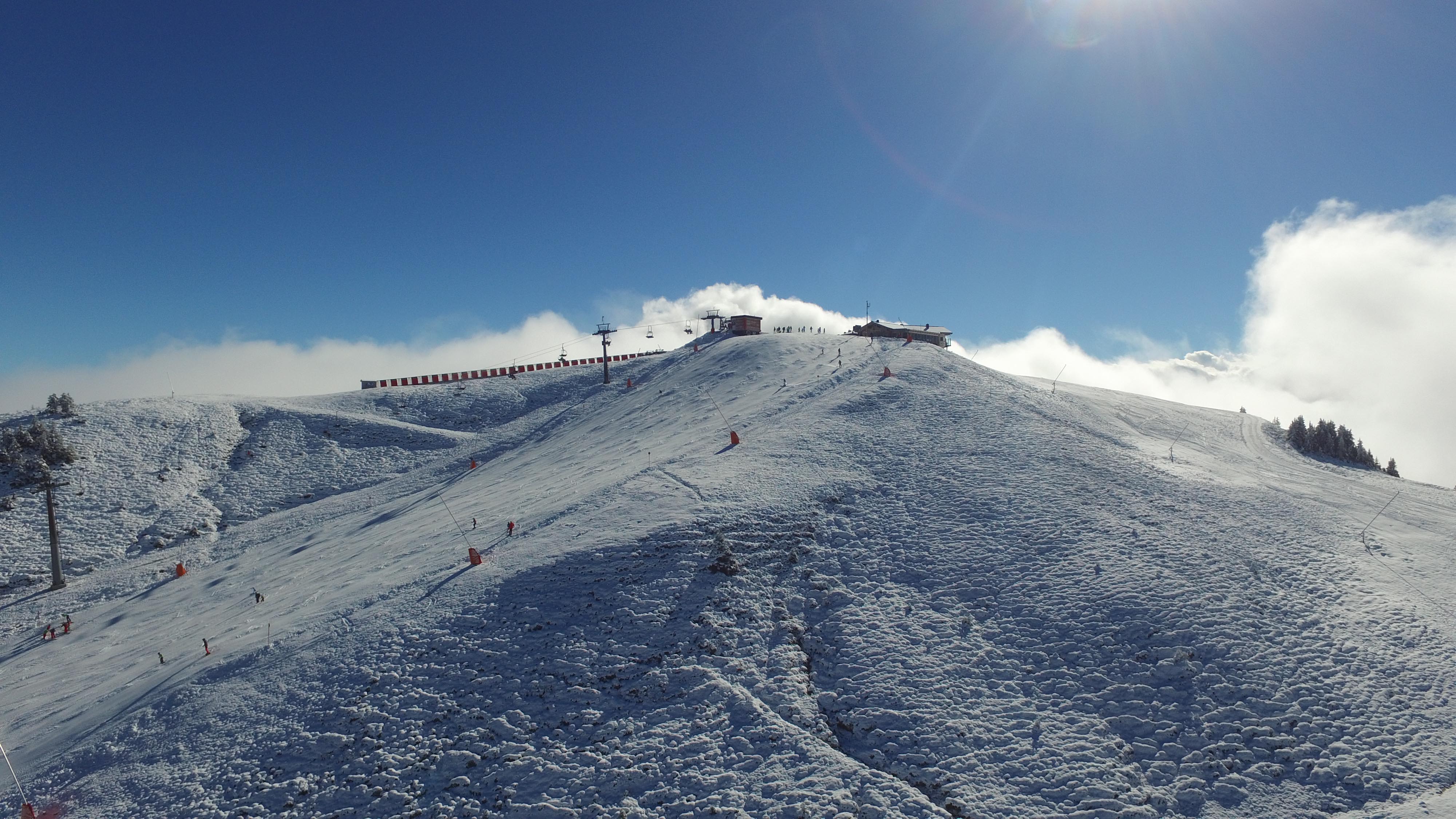 Kitzbühel in the Austrian Tirol has opened for the ski season today, on what is believed to be its earliest ever opening date.

The picture above is from last year’s opening on 22nd October 2016.

It’s the first ski area that doesn’t have a glacier in the Alps to open for winter 17-18.

Kitzbühel has one of the lowest ski areas of a major ski area in the Alps with its highest lifts at around 2,000 metres and about a decade ago when global warming was first a big story in the global media some journalists chose to highlight it as a resort that could an early victim of the impact of climate change, so opening in early October seems a big achievement. 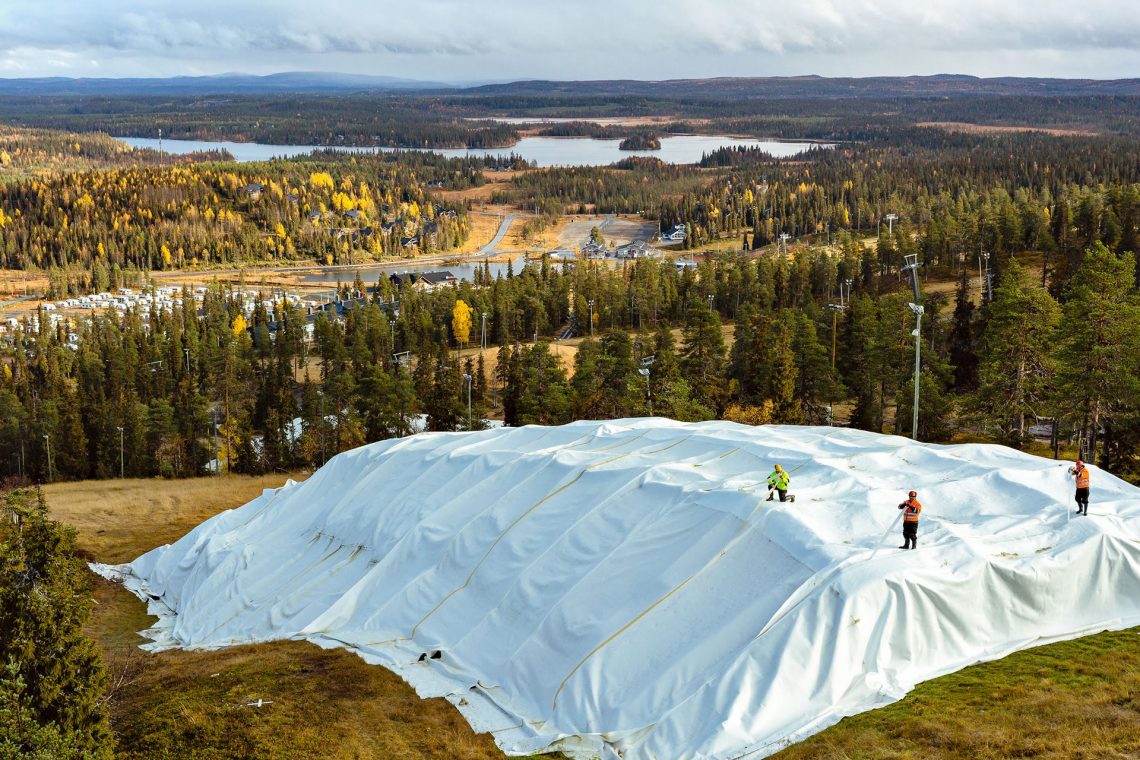 However Kitzbühel has not opened with new snow or even snow making but by using snow stored from last season.  It’s a technique successfully used by several Scandinavian ski resorts with Ruka (above) in Finland and Geilo in Norway (pictured below) opening the same way over the past few weeks. 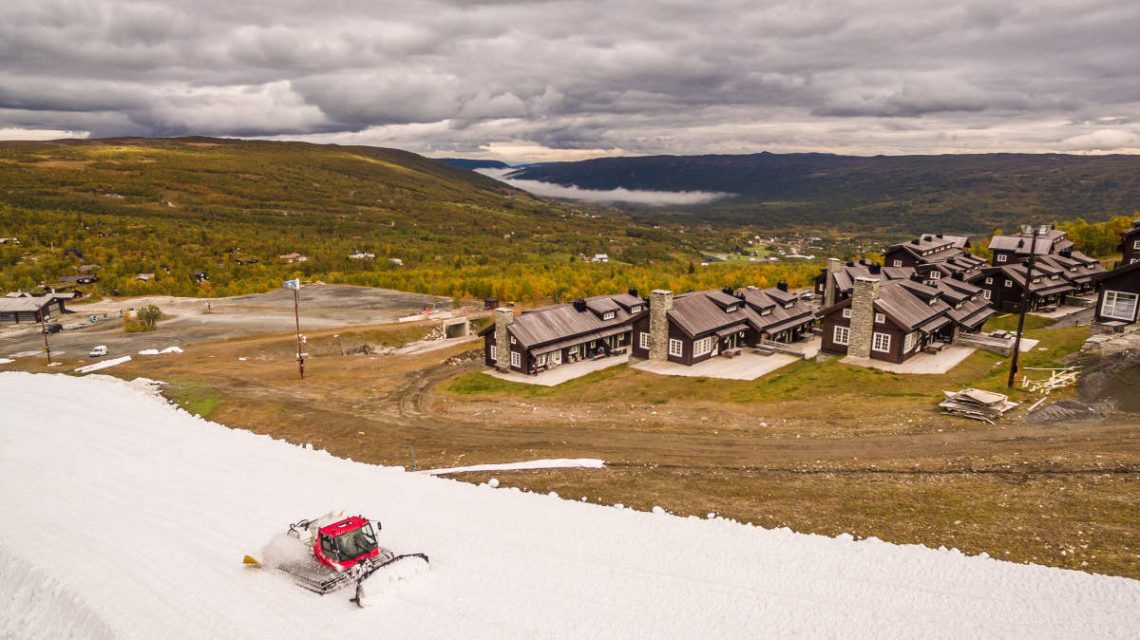 It’s the third autumn in a row that Kitzbühel has opened early and around 1500 people are expected to visit to experience what has become quite a big event.  Lift tickets cost 37 euros for adults, 10 Euros for children.

Sylvia Brix, Marketing Manager of Bergbahn AG Kitzbühel says the snow, which is used to make a run 2km long in the Rasterkogekl area, is actually very good for its over summer storage,

“It’s the best snow you can get because during the summer it loses a lot of water which makes it very compressed and great to ski.”

This video was posted a few days ago showing the run being prepared:

The famous Austrian resort plans to use the same technique to open a second area on the Hahnenkamm in 12 days’ time.

There are now 17 ski areas open in Europe, with more than half of them in Austria, where Kitzbühel in the 9th centre to open, following 8 glacier areas.

Elsewhere in the Alps Cervinia has opened today for Saturday and Sunday snowsports on its glacier and will again next weekend too before opening permanent from the last weekend of October onwards.

In North America Arapahoe Basin in Colorado (Pictured above and below, picture credit Dave Camera/Arapahoe Basin) is the first ski area to open using snowmaking and natural snowfall on slopes that had been snow-free a month ago. 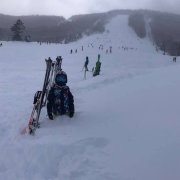