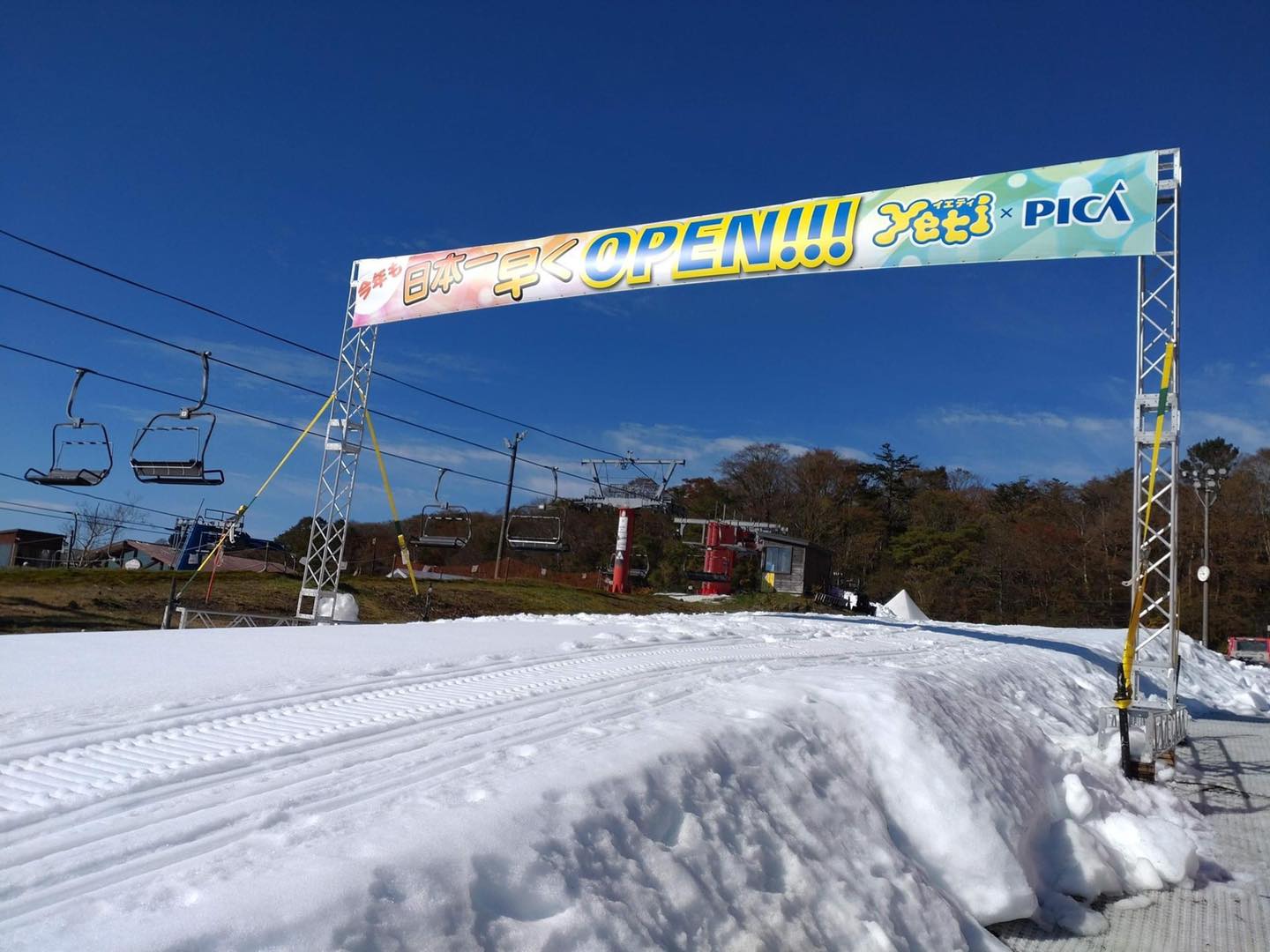 Japan’s 22-23 ski season has got underway with a small slope made from artificial snow opening at a ski area located at the base of Mt. Fuji.

The Yeti ski area in Japan’s Shizuoka Prefecture has a reputation for being the first to open in the country in recent years and there’s a carnival atmosphere on opening day with skiers and boarders often in fancy dress.

Local media reports that the resort began snowmaking on October 11th and had made over half a million tons of artificial snow in order to open the slopes. Around 400 skiers and boarders arrived for opening day.

All being well the coming season will be the first time since early 2020 that skiers and boarders from around the world can return to Japanese ski centres following the country’s government lifting most travel restrictions earlier this month.

The country is forecast to have an above average snowfall winter and is also hoping the weak yen will boost badly needed tourism figures.

Pandemic precautions remain active however and were visible at the Yeti centre’s opening day.