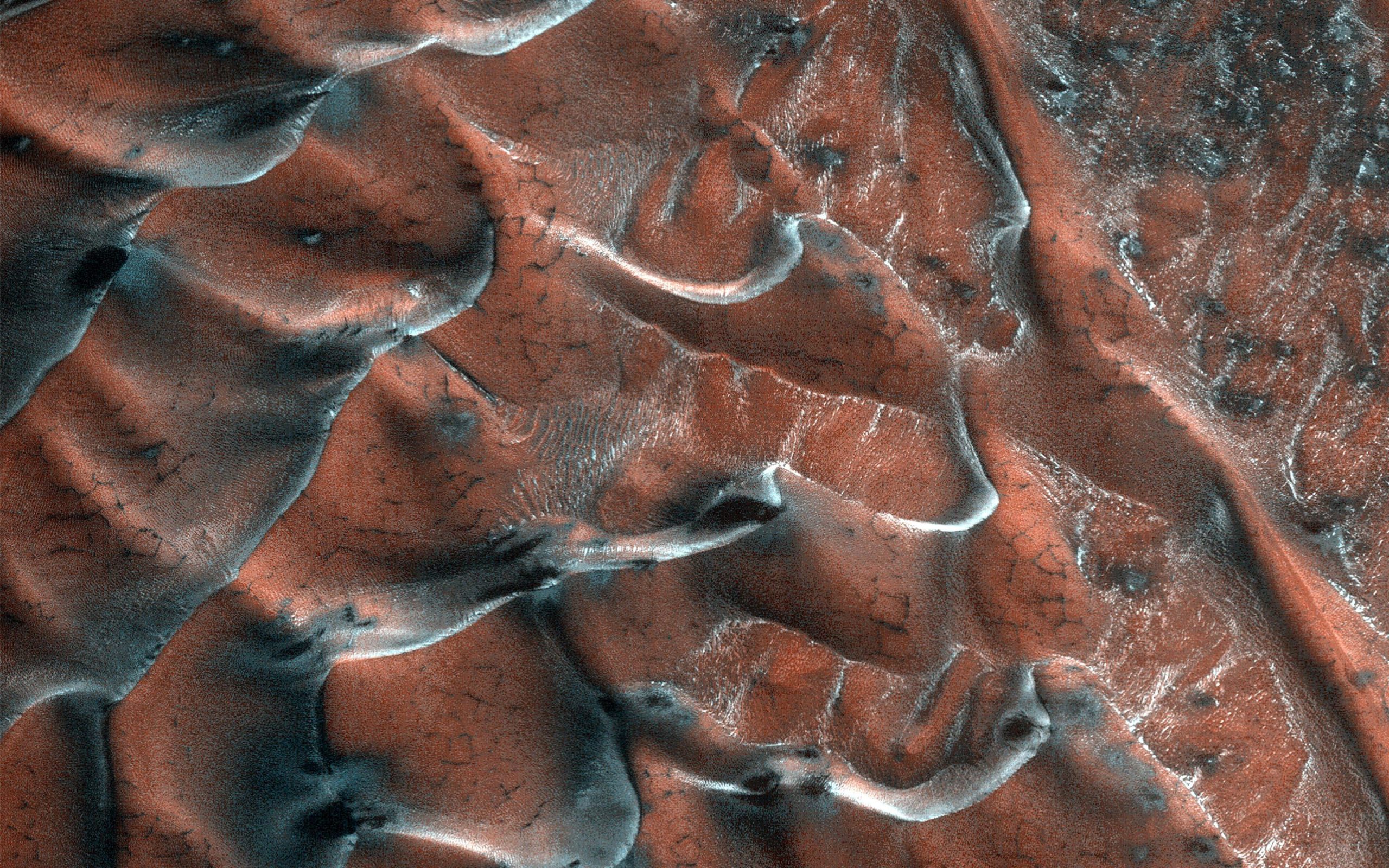 While most of the current interest in Mars is focussed on the new Perseverance rover and remarkable Ingenuity helicopter, scientists are still busy working on findings from earlier missions.

These include a study of NASA’s earlier Phoenix lander’s discovery of snow a few centimetres below the planet’s surface back in 2008 (pictured below).

“Mars is a dusty planet, so much of its ice is also dusty and much darker than the fresh snow we might see on Earth. The dustier the ice is, the darker and thus warmer the ice gets, which can affect both its stability and evolution through time. Under certain conditions, this might also mean that the ice could melt on Mars,” a NASA spokesperson explained.

A team from the Universities of Arizona State and Washington has now combined data from NASA’s Phoenix Mars Lander and Mars Reconnaissance Orbiter with computer simulations to match the brightness of Martian ice and determine its dust content. Their results have been published in the Journal of Geophysical Research: Planets.

Based on their simulations, the team predicted that the ice dug up by the Phoenix Mars lander 13v years ago was formed by dusty snowfall, sometime over the last million years, similar to other ice deposits found previously across the mid-latitudes of Mars.

“It is widely believed that Mars has experienced multiple ice ages throughout its history, and it looks like the ice being exposed throughout the mid-latitudes of Mars is a remnant of this ancient dusty snowfall,” said Aditya Khuller, a scientist at Arizona State University.

For the next steps, the team hopes to further analyse ice exposures on Mars, assess if the ice could actually melt, and learn more about Mars’ climate history.

Meanwhile another study recently published, this time in the journal Nature, has looked at the chances of accurate snow (and other weather) forecasting on Mars becoming a reality.

Planetary scientist J. Michael Battalio of Yale University led the study in to how we might better  predict weather patterns on both Mars and Titan (the largest moon of Saturn and the only known moon or planet other than Earth on which clear evidence of stable bodies of surface liquid has been found).

The study considered “annular modes” on Mars and Titan (variations in how the atmosphere flows which are unrelated to the seasons) which were found to be similar to those of Earth.

After drilling down through data sets and comparison models using information collected from the now many and in several cases ongoing missions to Mars, the scientists concluded accurate weather forecasting for Mars may only a decade away.

They found Mars differs from Earth the most in that changes in eddy kinetic energy can trigger some of the most violent dust storms, including one which took out the Opportunity in 2018, and might be a major issue for future human visitors.

“On Mars, you just need to know what the modes and dust storms are doing right now to make a prediction,” said Battalio, adding “With accurate enough observations of the Martian atmosphere, we might predict when the largest dust storms might happen days in the future without having to run a weather model at all.”

For more info on Snow In Space, follow this link. 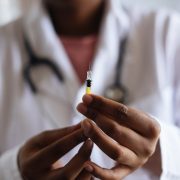 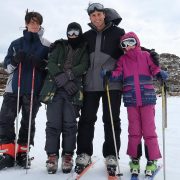 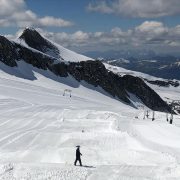 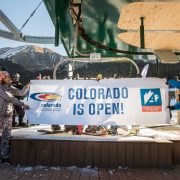